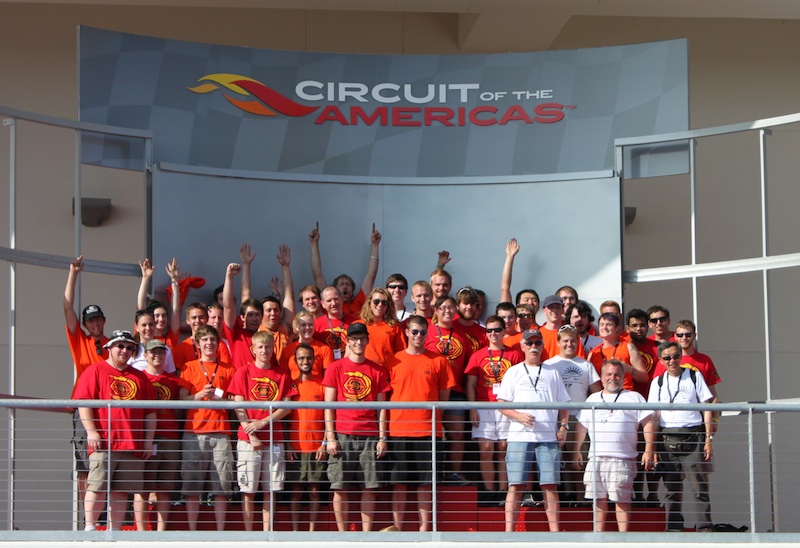 The Oregon State University Solar Vehicle Team placed 1st in the 2013 Formula Sun Grand Prix last week. OSU took the race by driving 193 laps (661 miles) around the Circuit of the Americas in Austin, Texas on pure solar energy! The OSU team was followed closely by Illinois State with 192 laps and Iowa State with 191 laps. There were a total of 11 teams from all over North America at the closest Formula Sun Grand Prix race in its 13-year history. The team used NI CompactDAQ to control a solar module vacuum laminator and an NI LabVIEW-based program to interface with its source meter for solar cell IV curve tracing. This technology helped produce a new solar array that generated 20% more power than usual and helped give the team the competitive advantage it needed to win this year's Formula Sun Grand Prix title. The team also got support from Missouri S&T and Northwestern University who lent their motors, and Principia who gave the team tires. The OSUSVT is currently designing their 4th vehicle and plans to compete next summer in the 2014 American Solar Challenge, which will include both track race and road race portions. National Instruments