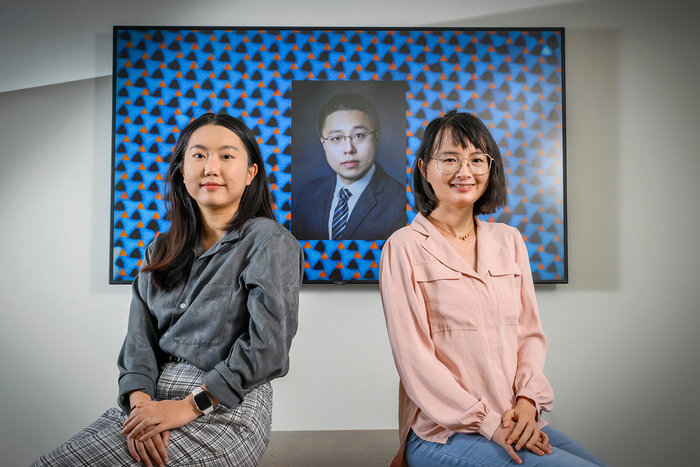 ­Researchers have developed a new strategy to help build materials with unique optical, magnetic, electronic and catalytic properties. These pinwheel-shaped structures self-assemble from nanoparticles and exhibit a characteristic called chirality – one of nature’s strategies to build complexity into structures at all scales, from molecules to galaxies.

Nature is rich with examples of chirality – DNA, organic molecules and even human hands. In general, chirality can be seen in objects that can have more than one spatial arrangement. For example, chirality in molecules might present itself as two strings of atoms that have the same composition, but each having a “twist” to the left or right in their spatial orientations, the researchers said.

The new study, led by Qian Chen, a professor of materials science and engineering at the University of Illinois Urbana-Champaign, and Nicholas A. Kotov, a professor chemical engineering at the University of Michigan, extends chirality into lattices assembled from nanoparticle building blocks to create new metamaterials – materials designed to interact with their surroundings to perform specific functions.

The study is published in the journal Nature.

“In the new study, we were inspired by the symmetry-breaking characteristics of porous materials to assemble reconfigurable lattices from pyramid-shaped nanoparticles smaller than 100 nanometers,” said former Illinois postdoctoral researcher Shan Zhou, the lead author of the work and currently a professor at South Dakota School of Mines and Technology. “The resulting lattice is large enough to be seen with the naked eye.”

Chen said previous models had not predicted a pinwheel lattice with chirality.

In this study, predictions based on graph theory and calculations developed by Kotov and Michigan postdoctoral researchers Ju Lu and Ji-Young Kim predicted – to their surprise – that the pinwheel lattice structure, although achiral in nature, becomes chiral on a substrate.

“The new lattice structure is fascinating from a research perspective, as it invites many new multifaceted study opportunities of their properties,” Kotov said.

Chen’s liquid-phase electron microscopy technique – which she says is akin to a “tiny aquarium for observing nanoparticle self-assembly” – was instrumental to this study.

Making this structure did not come by luck, though, the researchers said.

“The quantitative models turned out to be well-matched with the dynamic assembly process observed in the nanoaquarium of the liquid-phase electron microscope,” said Jiahui Li, an Illinois graduate student and co-author of the study.

“The liquid-phase electron microscopy allowed us to take the superlattice assembly even further,” Chen said.

“Because we can observe and manipulate the nanoparticle interactions in real time, we can precisely tune their motions to form the very intricate design of the pinwheel,” Li said.

In addition to liquid-phase electron microscopic techniques, the ultrafast electron microscope at the U.S. Department of Energy’s Argonne National Laboratory provided a unique understanding of the self-assembled superlattices’ optical properties at the nanometer scale.

“No one has been able to directly see the chiral responses of objects at such a small length using other techniques,” said Haihua Liu, a researcher at Argonne’s Center for Nanoscale Materials.

The team foresees this imaging platform being used to characterize a wide range of nanoparticles and self-assembled structures.

“As a theorist working in all things nanoparticle, I have always been interested in how to assemble nanoparticle arrangements that are chiral,” said Alex Travesset, a professor at Iowa State University who performed the geometric calculations for the pinwheel lattice. “The interesting behaviors of pinwheel lattice can go beyond their chiroptical responses.”

Kai Sun, a Michigan professor and study co-author, said the pinwheel lattices can reconfigure their structures, a property that is potentially useful in the design of combat helmets and airplanes, for example.

The researchers also envision using this new strategy to make other chiral metacoatings based on the existing library of synthetically available nanoparticles, and that it will enable a rich design space of metastructured surfaces with chiroptical activity and mechanical properties.