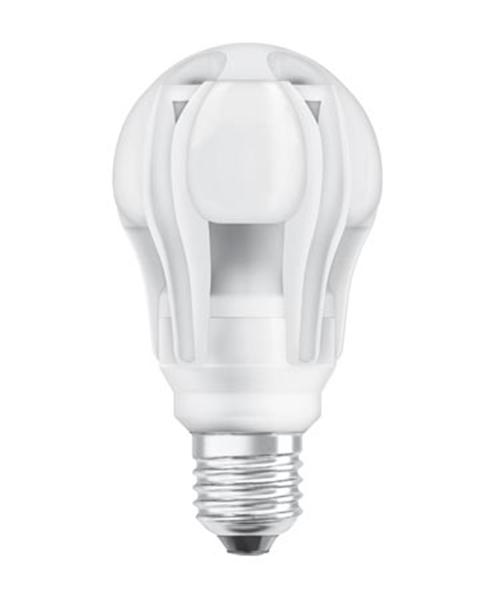 At this year's Light+Building Preview, OSRAM introduced a selected range of new products which will be shown at the largest and most important trade fair of the lighting industry: the first LED-substitute for the 75W-light bulb in Europe; its first LED-module in accordance with Zhaga standards; the sure course to the world of LED-street lighting as well as the latest generation of lighting management systems. "In the course of the past year, OSRAM has succeeded in establishing itself as a full-range supplier and is now in a position to offer products and solutions for the entire scale of customer needs," said Klaus-Günter Vennemann, CEO of the OSRAM Business Unit General Lighting. A major technological change is presently occurring in the lighting market. Semiconductor-based technologies like LED and OLED are opening up a world of new opportunities in fields such as efficiency and light quality. Since the last Light+Building, OSRAM has directly approached and communicated with customers and to date has already spent more than 50,000 days of consulting in retail, in addition to launching a roadshow that reached approximately 7,000 lighting designers, architects and electricians. The appearance at Light+Building 2012 will present the answers found by the company in reply to the insights gained during this time. The economic answer: Parathom Classic A75 The Parathom Classic A75 LED lamp offers customers energy savings of approximately 400 euros per lamp, when considering the entire service life. This lamp is the first LED-substitute for the 75W-light bulb available on the European market and can be used in standard E27-sockets. LED-retrofits - the name of which refers to the new source of light for the old socket - such as the Parathom Classic A75, offer simple access to LED technology for numerous customers. According to a study conducted by the management consulting firm McKinsey, the number of sold retrofits is expected to treble within the next five years and is anticipated to exceed the number of energy-saving lamps by the beginning of the next decade. The flexible answer: Prevaled The rapid pace of the LED age implies a great challenge for manufacturers of luminaires: the large leaps in performance made in the field of light diodes, as well as the concomitant technical changes have led to the current situation in which virtually every new generation of LED products calls for an entirely new luminaire design. A solution to this situation is offered by standardised LED-modules. LED-modules are units of numerous jointly connected LED. So as to ensure that these are universally applicable, 170 companies in the lighting branch have already joined forces in the so-called "Zhaga Consortium". The consortium defines certain interface specifications for LED-modules as well as the corresponding electronics required (the control gear). Together these form what is called the "LED-Light-Engine". In the course of this, mechanical, thermal, photometric and electrical interfaces are taken into account. With these defined parameters, the Zhaga-certified Light-Engines form the counterpart to the standardised lamps of the traditional world of light, such as light bulbs or fluorescent lamps. Specified basic data facilitates planning certainty for the manufacturers of luminaires, providing them with more flexibility, as they are now able to focus on their core business: the actual development of luminaires. OSRAM will be presenting the first Zhaga-certified light engine at Light+Building 2012: the round LED-module Prevaled Core Z2 for spot- and downlights, which is approximately ten times more efficient than an incandescent lamp and provides performance levels of up to 108 lm/W. What is more, the rod-like LED-modules Prevaled Linear and Prevaled Linear Slim will also be introduced for use in offices, in addition to application in industrial buildings. Their LED-points of light are positioned so close together that the source of light radiated is particularly uniform and evenly distributed. The safe answer: Siteco Streetlight10 The advantages of LED-modules over the firmly fitted individual LED are also made apparent by the Siteco Streetlight10 LED street lighting series. By separating the luminaire and the module, modules for different purposes of use, such as zebra crossings and surface illumination, can be integrated into the same luminaire. This lowers manufacturing and developing costs and thus has a positive impact on the marketability of the product. Should the prerequisites change in the course of time, the luminaires can easily be retrofitted to different and more high-performance LED-modules, thanks to their modular construction. Hence, for municipalities and operators of outside facilities, Streetlight10 offers a highly adaptable, cost-efficient and future-oriented approach on the road to LED-street lighting. The professional answer: Encelium lighting management systems The OSRAM Encelium lighting management system, which will be introduced in Europe at Light+Building, demonstrates impressively how up to 75% of energy in offices, industrial buildings and functional buildings such as hospitals or other public buildings can be saved. This is made possible by combining six different strategies, all of which are aimed at saving energy. Building operators are able to steer and monitor the system worldwide via the Internet, using unique software with 3D images. What is more, office workers are able to adjust light levels at their individual workplaces. When used in connection with the latest generation of OSRAM electronic control gears (in accordance with the DALI standard), the Encelium system is able to record and depict the energy consumption of the lighting in real-time. The software identifies optimization potential, in addition to allowing pin-pointed intervention. The result: more cost-efficient and flexible electricity tariffs can be used. Furthermore, by applying a specific interface, Encelium can also be incorporated into the building management system. About Osram OSRAM AG (Munich, Germany) is a wholly-owned subsidiary of Siemens AG and one of the two leading light manufacturers in the world. In fiscal year 2011 (ended September 30, 2011), it generated revenue of about 5 billion Euros. OSRAM is a high-tech company in the lighting sector and more than 70 percent of its revenue comes from energy efficient products. The company, which is very much internationally oriented, has around 41,000 employees worldwide, supplying customers in 150 countries from its 44 production sites in 16 countries (as of September 30, 2011). Additional information can be found in the internet at www.osram.com 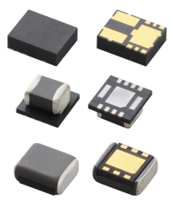