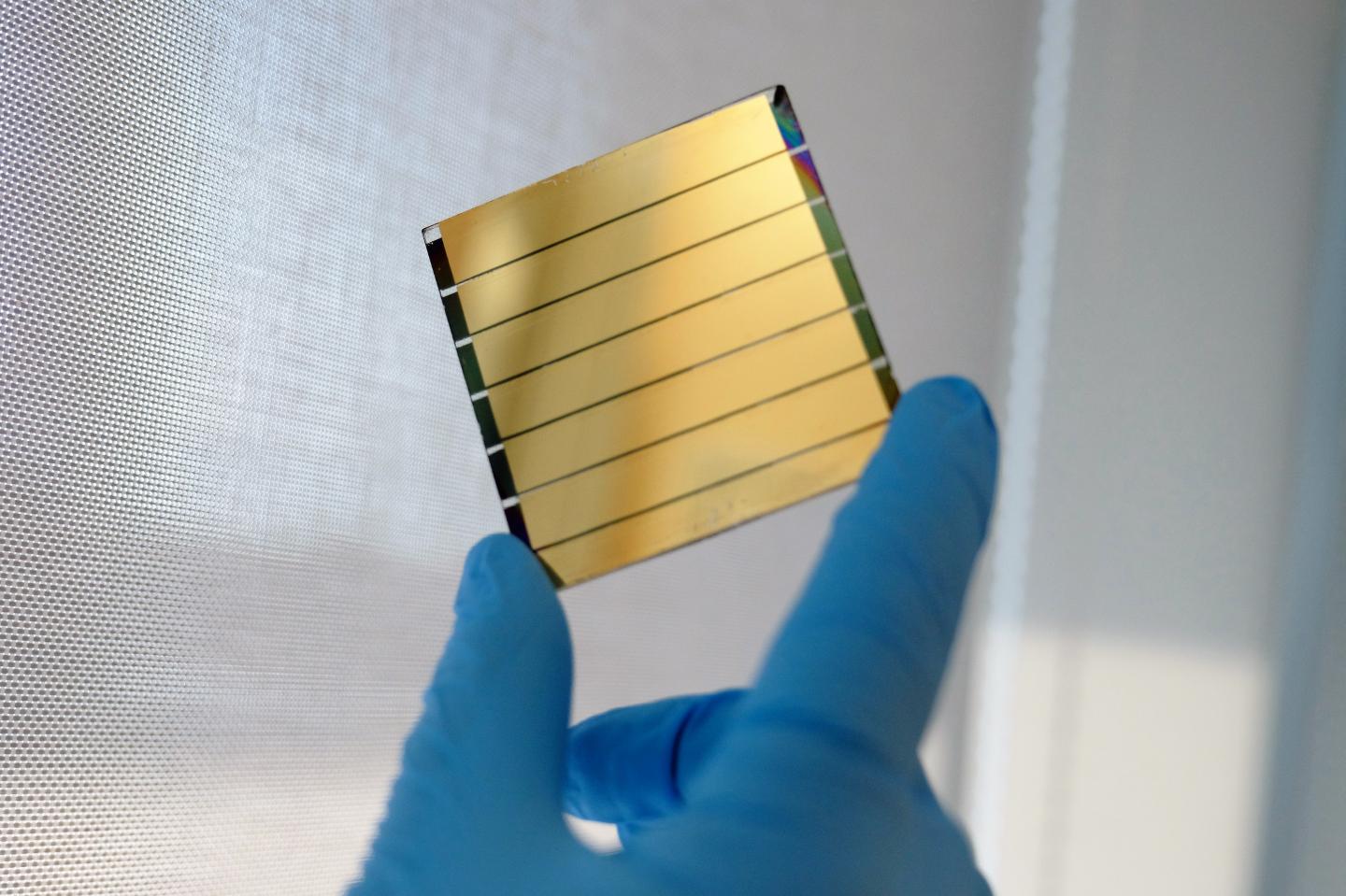 Perovskites can be used to create light-weight flexible and semi-transparent solar cells ideal for applications in buildings and a variety of urban spaces.

A team of researchers at the Nanyang Technological University, Singapore (NTU Singapore) has created a perovskite solar mini module that has recorded the highest power conversion efficiency of any perovskite-based device larger than 10 cm2.

Perovskites are new materials that have emerged as promising alternatives to silicon in solar cell applications. The material offers power conversion efficiencies similar to silicon solar cells but can also be used to create light-weight flexible and semi-transparent cells ideal for applications in buildings and a variety of urban spaces. Perovskite technologies are progressing rapidly towards industrialisation, with stability and scalability to larger sizes seen by researchers as the last hurdles to overcome.

Now NTU researchers report that they have adopted a common industrial coating technique called 'thermal co-evaporation' and found that it can fabricate solar cell modules of 21 cm2 size with record power conversion efficiencies of 18.1 per cent. These are the highest recorded values reported for scalable perovskite solar cells.

Dr Annalisa Bruno, lead author of the research findings published on the cover page of scientific journal Joule, and Senior Scientist at the Energy Research Institute @ NTU (ERI@N) explained the roadblock in the large-scale adoption of perovskite solar modules.

"The best-performing perovskite solar cells have so far been realised in the laboratory at sizes much smaller than 1 cm2, using a solution-based technique, called 'spin-coating'. However, when used on a large surface, the method results in perovskite solar cells with lower power conversion efficiencies. This is due to the intrinsic limitations that include defects and lack of uniformity over large areas, making it challenging for industrial fabrication methods" she said.

"Our work demonstrates the compatibility of perovskite technology with industrial processes, and its potential for market entry. This is good news for Singapore, which is looking to ramp up the use of solar energy for its power needs."

First author and research fellow at ERI@N, Dr Li Jia said, "We have demonstrated the excellent scalability of co-evaporated perovskite solar cells for the first time. This step will accelerate the transition of this technology from laboratory to industry."

Utilising the same technique, the researchers then fabricated coloured semi-transparent versions of the perovskite solar cells and mini modules, which achieved similar measures of power conversion efficiency across a whole range of different colours.

These results demonstrate the versatility of the thermal evaporation method in producing a variety of perovskite-based solar devices for a variety of optoelectronic applications.

NTU Associate Vice President (Strategy & Partnerships), Professor Subodh Mhaisalkar, who is the co-lead author of the paper, said the findings open doors for Singapore and urban environments in other countries to harness the power of sunlight more efficiently than ever before.

"The solar mini modules can be used on facades and windows in skyscrapers, which is not possible with current silicon solar panels as they are opaque and block light. Building owners will be able to incorporate semi-transparent coloured solar cells in the architectural designs to harvest even more solar energy without compromising the aesthetic qualities of their buildings" said Prof Mhaisalkar who is also Executive Director of the Energy Research Institute @ NTU (ERI@N).

Associate Professor Nripan Mathews, who is co-lead author and from the School of Materials Science & Engineering at NTU said, "This work highlights the breadth and depth of perovskite research at NTU. There is no other team in the world which pursues the various possibilities that perovskites provide under one roof. From large area solar cells for buildings, high efficiency perovskite-silicon tandem devices, to light emitting diodes - our team is inspired to tackle the key challenges involved to expedite technological deployment."

The NTU team is now looking at integrating perovskite and silicon solar cells to create a tandem solar cell. Such a configuration fabricated using cost-effective and scalable processes can substantially increase the solar electricity production per unit area while keeping production costs low.