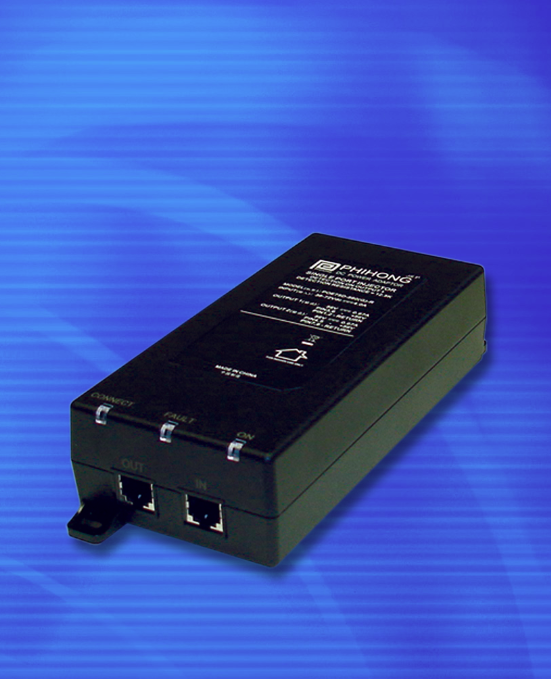 Phihong, a leader in Power-over-Ethernet solutions, has developed a power injector that provides a full 75W output and operates with 4-pair detection systems using 25K signature resistance. Designated the POE75U-1UP-PD-R, the gigabit compatible single-port midspan has an Ultra PoE rated output of 75W at 56V and is ideal for high-powered applications, including 802.11n wireless radios, LCD displays, kiosks and security equipment. "The primary difference between this new model and the other POE75 Series power injectors is that this new model provides full power, 75W with 25K detection, in place of the standard model's 12.5K detection," said Keith Hopwood, vice president of Phihong. "This enables the user to operate powered devices designed with two separate detection circuits for each of the two pairs." The POE75U midspan is fully compliant with safety, detection and disconnect per the IEEE802.3at standards and has standard features that include over-voltage, over-current, short-circuit and over-temperature protections. The PoE power injector also bears safety approval markings from CE and cUL/UL. The small case measures 166mm (6.53in) x 80mm (3.15in) x 44mm (1.73in) and weighs 0.5Kg (1lb). Phihong