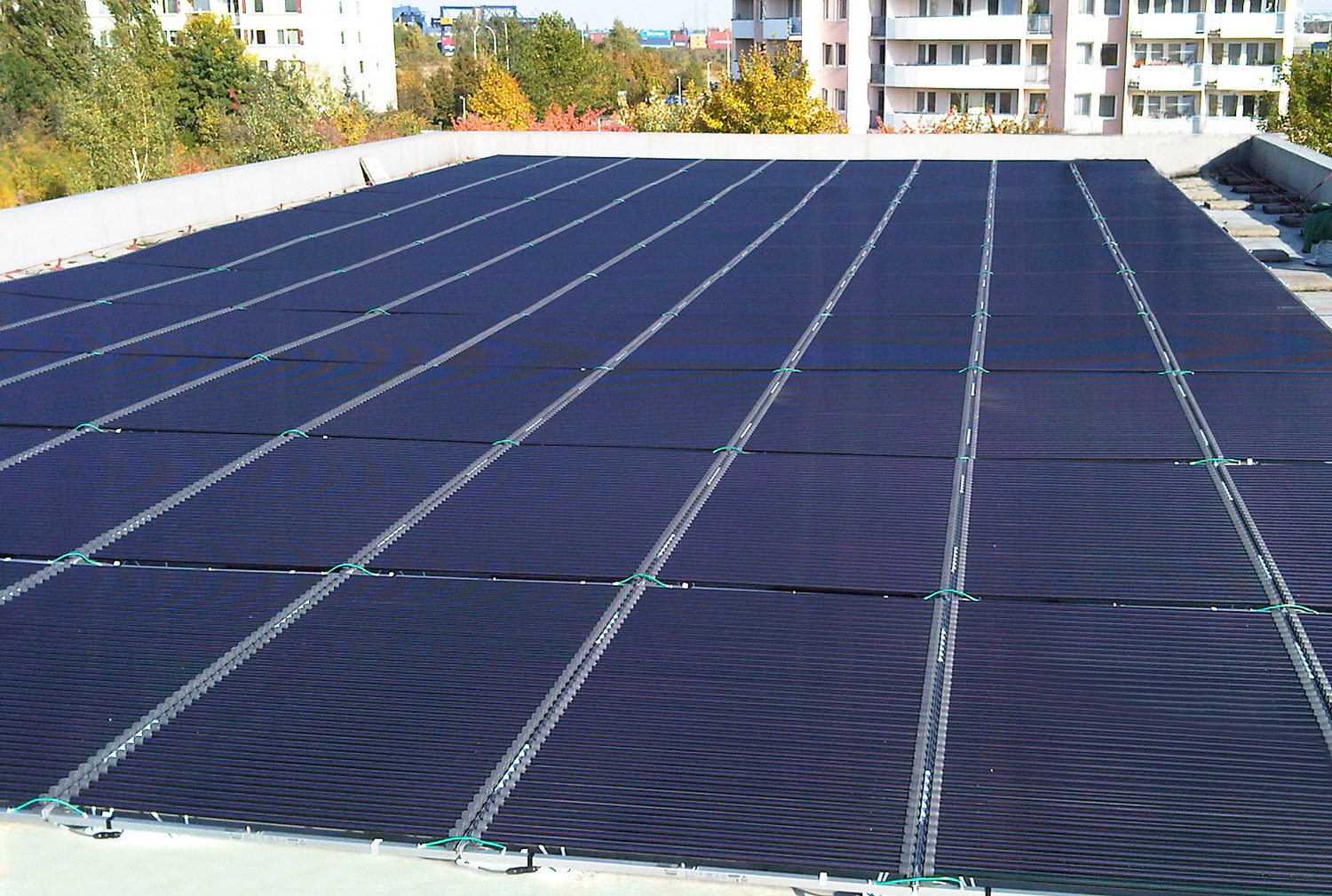 Solyndra, Inc., a manufacturer of cylindrical photovoltaic (PV) systems for large commercial rooftops, and Photon Energy a.s., today announced that Photon Energy has signed an engineering, procurement and construction (EPC) agreement for a 1.23MWp Solyndra project and begun installation on multiple rooftops in Prague, Czech Republic. Novacento a.s. obtained the permission to install solar systems on these roofs which are primarily school and nursery buildings. The project is the largest Solyndra installation in Eastern Europe. "Partnering with Solyndra, with their proven and readily bankable technology, allowed us to complete the planning process quickly," said Michal Gärtner CEO of Photon Energy. "Their performance on flat roofs, and lightweight, non-penetrating design was ideal for the schools and other buildings encompassed in this project." "We are pleased to have been chosen as the solar technology for this high visibility, showcase project in the Czech Republic," said Clemens Jargon, Solyndra's president of EMEA and managing director, Solyndra GmbH. "The forward-looking Prague city administration is bringing clean energy to the city while generating income from otherwise unutilized rooftop space." The turnkey project involves the installation and development of 18 rooftop systems in Prague located on the roofs of municipal buildings owned by the administration of Prague 15. The installation of the panels has begun and is expected to be completed by the end of December, 2010. This will be the first project exceeding 1MWp in the Czech Republic utilizing Solyndra panels. As part of the project, Photon Energy agreed to provide Novacento a.s. with vendor financing for approximately 80% of the project. Novacento will work with the US Export Import bank to seek to secure long-term project financing after the connection of the last system which is expected in late 2010. About Photon Energy Photon Energy is a rapidly growing solar energy company positioned to extract the most value from the downstream segment of the solar industry supply chain. As a provider of comprehensive solar power solutions, Photon Energy has achieved many milestones during the past two years and is now expanding into other photovoltaic markets. Photon Energy will complete PV Plants with an installed capacity of 27.3MWp in the Czech Republic and 5MWp in Slovakia in 2011. Photon Energy is also a large wholesaler of PV technology. Photon Energy is the first publicly traded solar energy company in the CEE region with a listing on the NewConnect segment of the Warsaw Stock Exchange (Ticker: PHO). www.solyndra.com