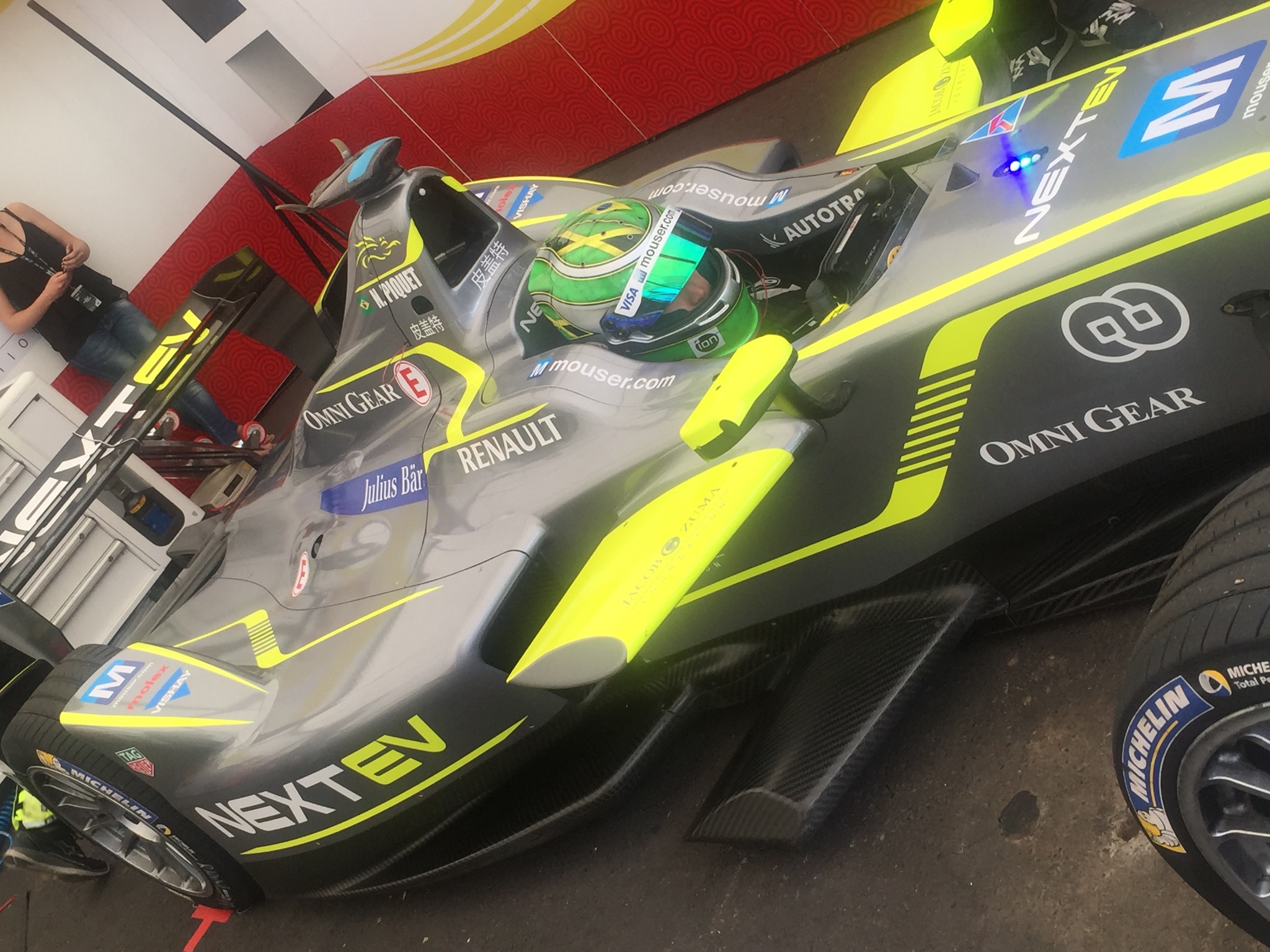 Nelson Piquet Jr. captured the first-ever FIA Formula-E championship following a thrilling final battle in the London ePrix on Sunday. The Mouser-sponsored Piquet went into London’s races ranked No. 1 among the Formula-E series drivers after a commanding victory earlier this month at the Moscow ePrix.

Piquet, who drives the all-electric Spark-Renault SRT_01E, which can go 0–60 in three seconds and has a top speed of 150 mph, went to London with two first-place finishes and a commanding 17-point lead in the driver championship standings over No. 2 Lucas di Grassi.

In Saturday’s opening round, Piquet finished fifth after an early clash with di Grassi, who crossed the line just ahead in fourth to give himself an outside chance of winning the championship. Piquet started 16th on the grid on Sunday, but managed to fight his way up to seventh in the final timings to clinch the title by just a single point ahead of Sebastien Buemi.

“It was an incredible finish to an incredible year,” said Todd McAtee, Mouser Vice President for Business Development, Americas. “We could not be more pleased and proud to be partners with Piquet and the entire China Racing team. “In tandem with our supplier partners, we are excited that we could be a part of this high-tech sport that is paving the way for future automotive technologies,” McAtee added. “High-tech auto racing provides the perfect platform to raise awareness for Mouser and our industry-leading partners.”

Mouser is sponsoring the China Racing Formula-E Team this year in partnership with its valued partners Molex and Vishay Intertechnology.

Formula-E is a new FIA global racing series featuring cars powered exclusively by electricity. It represents a vision for the future of the motor sports industry over the coming decades, serving as a framework for research and development around the electric vehicle. To learn about the series and the drivers, visit the website at http://www.mouser.com/formula-e. Fans can vote on FanBoost for Piquet (or their favorite drivers). The three drivers with the most votes win FanBoost. The live leaderboard shows how each driver is performing and updates every time a new vote is cast.

At the Moscow ePrix on June 6, Piquet quickly took the lead from the second he left the grid. He broke away and led the race by as much as five seconds with 15 laps remaining, before managing his energy to eventually win by two seconds. He also took the top prize in California at the Long Beach ePrix in April after back-to-back podium finishes in Uruguay and Argentina.