Synchronous rectification of an LLC output 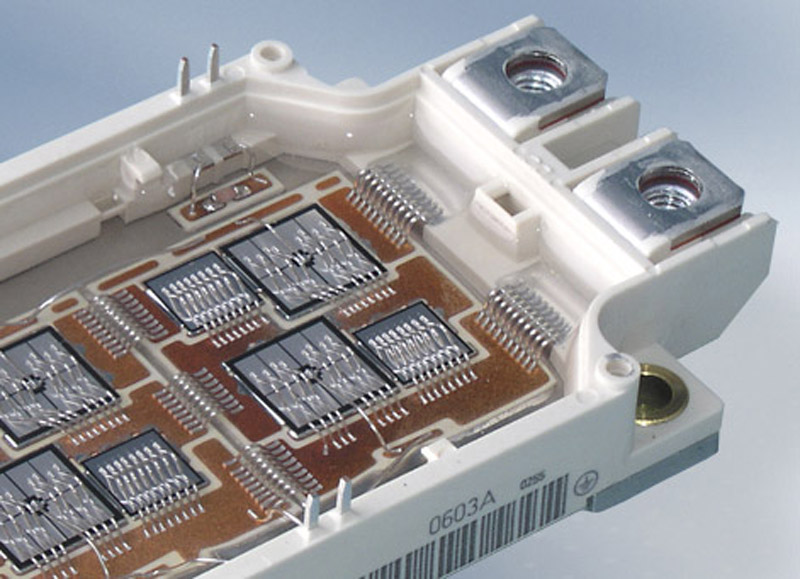 With demand for high efficiency becoming part of product specification across the whole load range, design engineers are reviewing AC-DC power supply topologies with the specific aim of reducing power loss. One such topology offering class-leading efficiency is illustrated in Figure 1. This article examines claims by IC manufacturers to have dealt with the last remaining large source of power losses in this topology: the output rectification stage. Previous enhancements to this topology have produced improved Power Factor Correction (PFC) control ICs for the interleaved Boundary Conduction Mode (BCM) stage, and new LLC control ICs which enable more efficient designs. So now losses in the output rectification stage of the LLC resonant converter tend to dominate the power losses budget. To make the next step forward in efficiency, synchronous rectification is required. Two newly introduced ICs, from International Rectifier and Diodes Inc, are now being promoted as potential solutions to the problem. Before these devices reached the market, synchronous rectification for LLC resonant converters could not practically be implemented because of the complexity and difficulty of the technique. 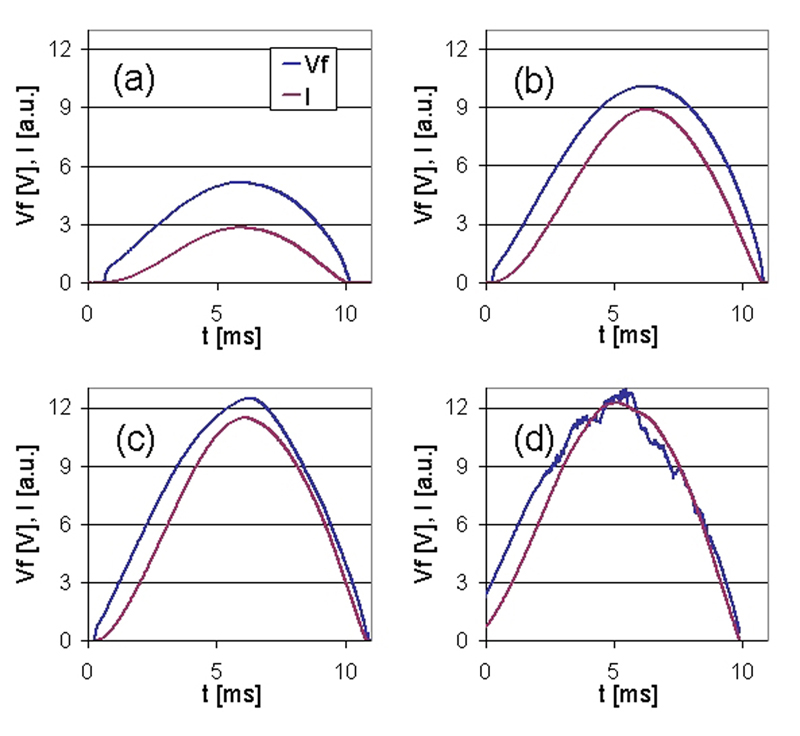 The reality of synchronous rectification in resonant LLC circuits For voltage-fed circuits, typical of the Pulse Width Modulation (PWM) or series-parallel resonant topologies, additional windings or tapping from the power transformer would suffice for driving the synchronous rectification circuits. The LLC resonant topology is different: since it is a current-fed, capacitor-loaded structure, it cannot use the power transformer waveforms to drive synchronous rectification circuits. This is because the voltage on the secondary windings is connected to the output via the mosfet during its conduction time, and therefore holds the winding voltage until the mosfet switches off. One method of resolving the problem is to sense the current flow and voltage around the mosfet. This requires the following functions:

These sensing functions, and the use of their measurements, would be extremely difficult to implement in discrete components. Fortunately, two new ICs do the job for the design engineer: the ZXGD3103 from Diodes Inc, and International Rectifier's IR1168. Both are secondary side drivers operating closely with the mosfet that replaces the Schottky diode. The ZXGD3103 is a single driver requiring two ICs, whereas the IR1168 is a dual driver requiring only one IC. Both sense the current by virtue of the drop in Vds at the mosfet, but their internal workings are different. (More details on the operation of these devices are available at www.diodes.com, and in Application Note AN-1139 on www.irf.com.) The test circuits To assess the extent to which these secondary side drivers can deliver power savings in the output rectification stage of LLC power supplies, a test set-up was devised based on an evaluation board developed by Fairchild Semiconductor. This is a 390Vdc input to 25Vdc output resonant LLC power supply capable of supplying 200W into a load. To simplify the test set-up, only one half of the IR1168 - a dual driver IC - was used. Figure 2 details the waveforms at full load (F.L.) and Figure 3 details the waveforms at 25% of F.L. Ch1 = Vds inverted Ch4 = Ids flowing to Co Maths - Vgs (Ch2-Ch3) (where Ch2 - Vdg and Ch3 - Vds) 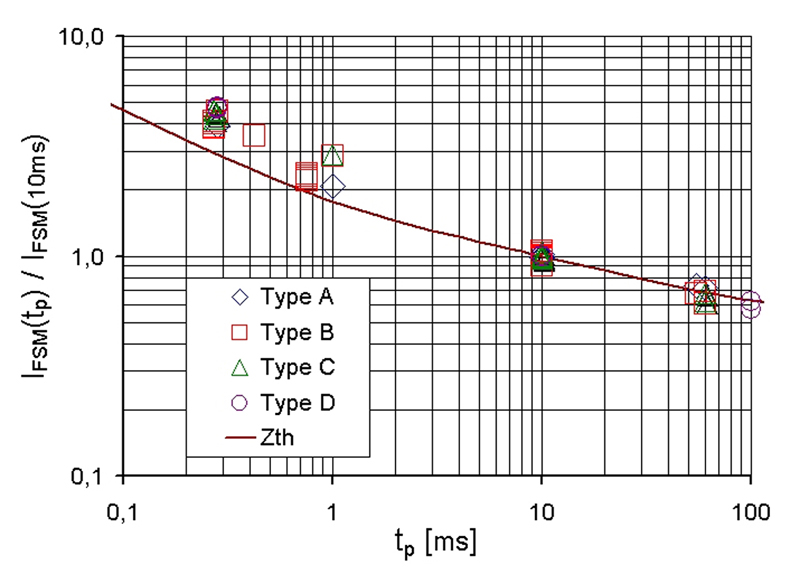 It is interesting to see in both diagrams the fast gate drive voltage. In ~200ns after detection of the parasitic diode forward volt drop within the MOSFET, Q1 turns on, reducing its voltage (Ch1 - Vds). In both tests, Q1 Vds is higher than expected. This may be due to the circuit inductance and to the capabilities of the oscilloscope. At full load, the gate drive voltage reduces as the sinusoidal current starts reducing. This is probably due to the inductance of the circuit and the inductance of the Q1 TO220 package. Improved layout and selection of a lower inductance packaging should resolve the issue. As before, Figure 4 details the waveforms at F.L. and Figure 5 details the waveforms at 25% of F.L. for the test circuit using the IR1168 device. 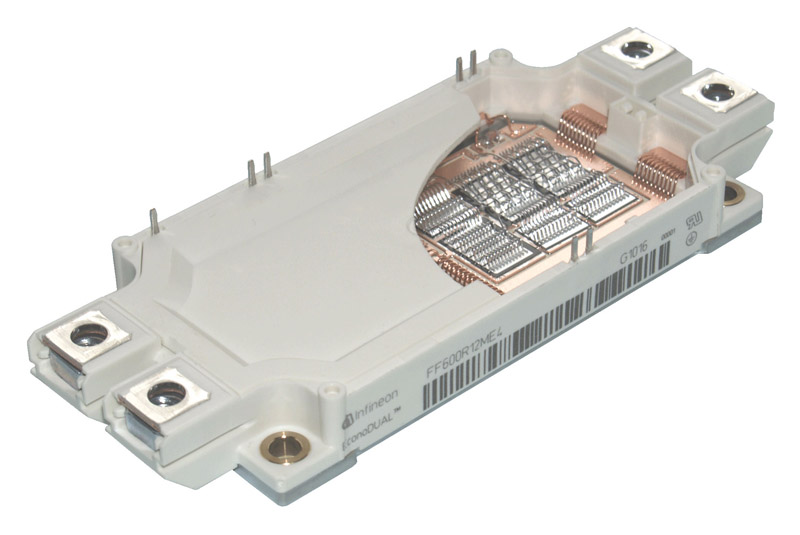 Like the ZXGD3103, the IR1168 test circuits reveal a fast gate drive voltage - in <200ns after detection of the parasitic diode forward voltage drop within the mosfet, Q1 turns on, reducing its voltage (Ch1 - Vds). As before, Q1 Vds is higher than expected, probably for the same reasons. In the full-load test circuit, the early termination of the gate drive voltage (Vgs) as the sinusoidal current starts reducing is probably due to the inductance of the circuit and the inductance of the Q1 TO220 package. As in the previous test circuit using the ZXGD3103, improved layout, reduction of resistances and selection of a lower inductance packaging should resolve the issue. So how much power does implementation of synchronous rectification save? The key reason for implementing synchronous rectification is to save power. The tables below detail the key parameters of interest.

With improved layout and mosfet package selection, both synchronous rectification circuits could exhibit even higher efficiency; the small differences in efficiency between the ZXGD3103 and IR1168 circuits shown in the tables are therefore not material. What is clear is that substantial power savings are possible by implementing circuits that can be designed with little trouble by following the manufacturers' application guidelines. What is also clear is that the threshold at which a power saving can be observed appears to be at around 25% of F.L. and above. At full load the Schottky diodes warm up the heat sink to the extent that a small fan is required for continuous operation. By contrast, the mosfet in the synchronous rectifier circuits can be operated at full load without a heat sink, and indeed in both cases was cool to the touch. This points to the possibility of a bill-of-materials savings to be made from the elimination of heat sinks and fans. In conclusion, with the introduction of the ZXGD3103 and IR1168, the implementation of synchronous rectification of the output stage of LLC circuits has become a practical possibility. This new technique appears to deliver power savings anywhere from 25% of full load up to 100% of full load. For more information on implementing high-efficiency power supplies, contact any branch of Future Electronics. The ZXGD3103 and IR1168 parts mentioned in this article are available to buy from Future Electronics. www.futureelectronics.com