Power & EMC in the Medical space

Gadgets and vital connected devices in the Internet of Things (IoT) are everywhere, and we see them gradually changing our lives. The exponential development of products with embedding radio transmitters is creating some concerns in terms of interference and equipment disturbance, especially in the case of medical applications where it could have severe consequences!

With the multiplication of products transmitting radio signals, it becomes very complex for medical equipment manufacturers to ensure their equipment is secure, using either published IEEE standards or proprietary protocols, which many are operating at unlicensed frequencies in the ISM (Industrial, Scientific and Medical) or in the MICS (Medical Implant Communication Service) bands to properly operate, without interfering in been interfered by other equipment.

Consequently, to ensure wireless coexistence in medicals applications, all over the world, regulatory bodies have focused efforts to standardize protocols and processes, which will require from power supplies manufacturers to include “Wireless Coexistence” testing and verification when designing power sources for medical equipment.

As the world would stop without reliable power, the power industry has a long history in building robust power systems. Industry permanently innovates new technology, improving energy efficiency, reliability, and safety throughout. Connected devices in medical applications, some powered by harvesting energy, are very sensitive to radio interference (whilst others might even get their power from radio-waves). The way we deal with power supplies and radio signals and need to be considered differently from our previous experiences; especially with medical equipment installed outside professional healthcare controlled environment, such as at home.

As the number of connected devices and radio transmission within medical environments increased, starting in 2010, the number of cases of medical equipment reporting false alarms, having random failures, or malfunctioning, has grown significantly, warning the medical community about the coexistence of multiple radio transmitting equipment that patients’ lives might depend upon.

In many cases of reported faults, it was very difficult to pinpoint the exact cause, until in-depth investigations revealed radio interferences were the root cause of the problem. In the US, the Food and Drug Administration (FDA) records malfunctions in a central database “MAUDE”, which includes a growing number of EMC problems.

When welding turns on an alarm

For example, a patient affected by respiration and heart problems was connected to a very advanced ventilator at home, coupled to a wireless cardio-monitoring. The patient’s health was monitored from a remote healthcare center, which received a series of alarms. After calling the patient, who fortunately was doing very well, all alarms were classified as false, motivating the replacement of the monitoring units.

Despite replacing the system, it was still randomly signaling warnings! The equipment manufacturers conducted a thorough analysis, without finding either hardware or software issues. By coincidence, a Nurse visiting the patient noticed a strange noise coming from the radio and, at the same time the monitoring alarm came on.

Further investigation identified that a nearby industrial company was using a high energy welding equipment, which had a default shielding; radiating radio waves were interacting with the control loop of sensors, trigging alarms. This example is probably anecdotal, but is one of many motivating the medical industry to rethink electromagnetic interferences within the medical space, ensuring everything works smoothly and safely.

Considering the amazing evolution of tele-medicine, including remote surgery operated by robots, radio interference in medicals applications has become a high priority. Figure 1 shows a hospital operating theater in which a number of strategic and vital equipment, including more and more connected devices. 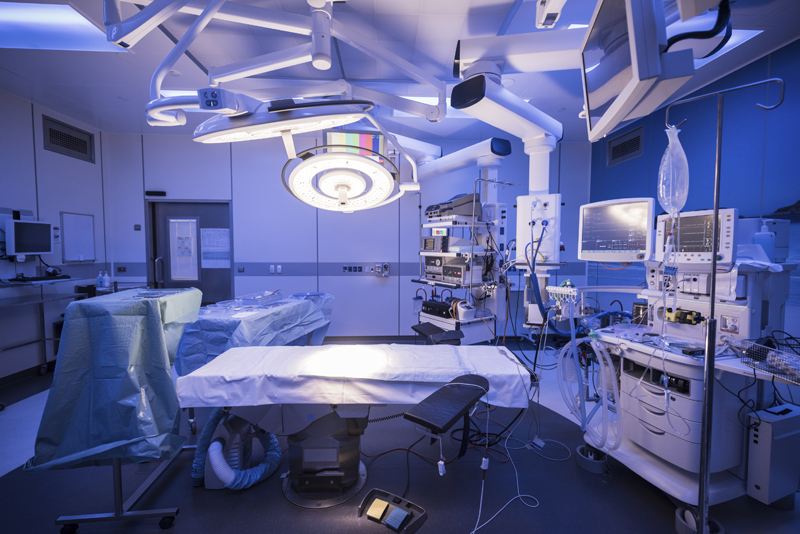 Electricity signal cables, infusion pumps, echo cardiogram and anesthetic machines, physiological monitoring systems, pressure infusers, pacemakers, transit-time flowmeters, and even mobile phones and pagers are all generating radio signals, not to mention high-energy equipment such as plasma knifes and such that could generate electromagnetic interferences. In such environments, adding the IoT dimension makes it obvious that thorough procedures guaranteeing the electromagnetic compatibility and immunity to RF interference is a must, which the is what the IEC 60601-1-2 4th Edition (2014) is addressing to make the unpredictable more predictable.

With the need for intensive work and cooperation between the different players, including Power Supplies manufacturers, the International Electro Technical Commission (IEC) published a revision of the electromagnetic compatibility (EMC) requirements for medical devices under a 4th edition of IEC 60601-1-2 in 2014. These revisions contained a number of changes, including new immunity and more robust risk-analysis requirements.

Taking in consideration the growing number of connected devices, new radio frequency bands, and the risk of interference between different pieces of medical equipment, the revised standards include increased immunity test levels, with the range for radiated immunity, magnetic-immunity, conducted-immunity, as well as significant increases in electrostatic discharge (ESD) levels and voltage dips and interruption phase angles.

In addition, immunity testing has been added, which follows the rationale of 60601-1-11 (Collateral standard for Home Healthcare) in the form of immunity to proximity fields from RF wireless communications equipment at significantly higher levels than have been used for radiated RF immunity testing in the past. The main goal of the 4th edition is to ensure that the medical practices aimed at saving lives are not disturbed by common EMC phenomena. By testing, verifying and certifying units according to the new standards, including collateral, products will become safer and secured to operate in harmony with others equipment.

What’s new in the 4th edition? 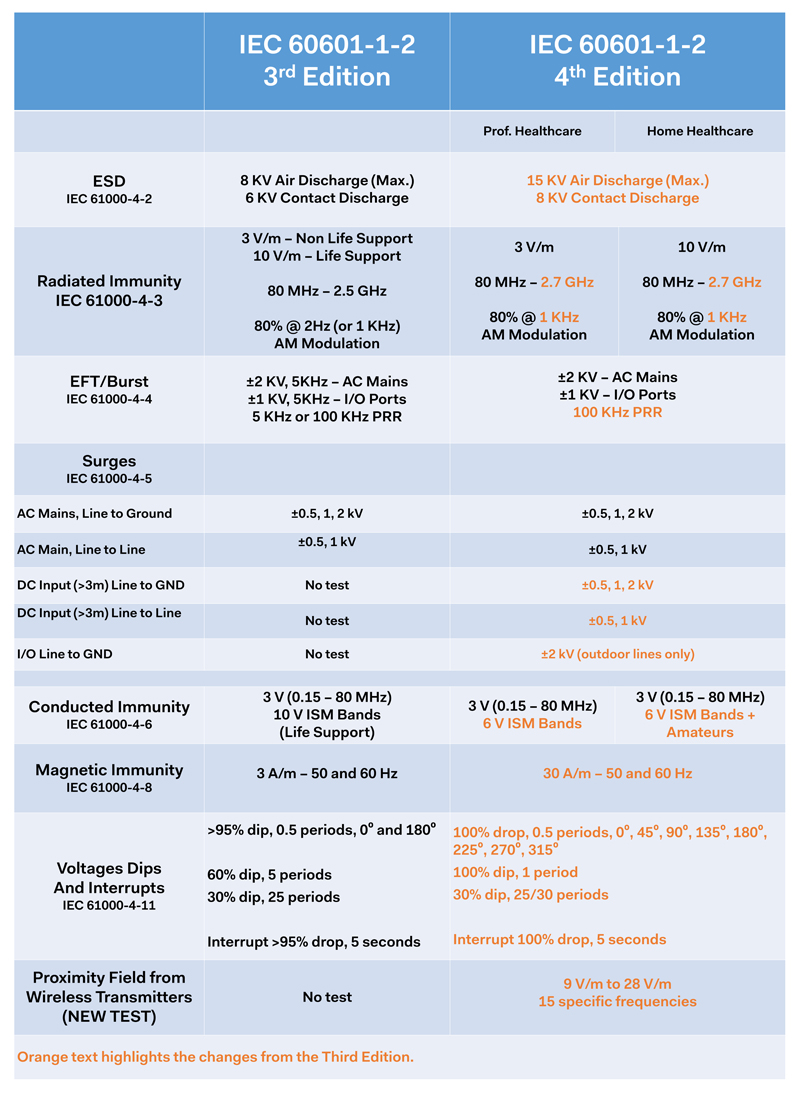 •Intended use (medical purpose only)

•Normal use (including medical use and transport, maintenance, standby)

The EMC compliance tests and limits will be defined according to risk and intended use instead of a device type. Tests are based upon where the equipment will be operated in the three defined categories; Healthcare facility, at Home or in a Special Environment such as military, heavy industrial, or medical treatment area with high-powered medical equipment. All tests will be performed with “Intended Use.” (Note: Manufacturers will need to prepare a test plan/risk analysis prior to testing. Clause 6.2 requires that an EMC test plan be provided to the EMC test lab).

Considering the immunity test levels, higher or lower, than those specified for the professional healthcare and home environments might be appropriate, which has to be defined, during the design phase, in close cooperation with final user.

Risk management analysis will be required from the medical equipment, including external power supplies manufacturers to state the risk from EMC disturbances. This test includes new frequencies and different levels depending on the category.

Wireless proximity
As a result of increased wireless equipment and strength of radiated signals, the radiated immunity test level is now up to 28V/m at certain frequencies. These levels have been raised to evaluate the products susceptibility to interference from common wireless devices. (Note: all products must comply with the new test).

Immunity levels
Very low flexibility to use lower immunity levels for compliance; the Annex “E” describes the process for determining the immunity test levels for products used in special environments where different immunity levels could be justified. To assist manufacturers to prepare their test plans, a guideline has been added in Annex “G” of the standard.

IoT and Smart Connected devices continue to take the world by storm, even in the medical device industry, so it is essential that the industry adopts as quickly as possible the new standard. The fourth edition of the IEC 60601-1-2:2014 standard is out and the revision mandates compliance of new products by April 2017 in the USA though, in late 2014, the FDA issued a letter recommending that devices undergo EMC testing to the 4th standard as soon as possible. Taking in consideration the number of new Connected Devices addressing the medical space, as well the growing risk of interferences, it has been reported that the FDA is asking for compliance with the 4th Edition now; on new 510(k) applications.

In Europe, the withdrawal date of the 3rd Edition is expected in a 2017-2018 timeframe. The estimated compliance date of EN 60601-1-2:2014 was December 31st 2018. However, this date will be finalized upon the information being published in the European Official Journal though, considering FDA in US pushing for quick implementation, it could happen much earlier. After the published date, all medical devices sold to the EU must comply with the new standard.

Taking in consideration that EMC is very important when powering equipment, but even more important when supplying power to medical applications and medical IoT, power supplies manufacturers developed new technologies to reduce EMI, without having to package final product in heavy metal cases. Power switching units designed for self-contained EMI (see Figure 3) are now reaching the market; performing across all bands (30 MHz to 1 GHz) an average of 15 dB below the EN 55011 Class B (see Figure 4). Low EMI is very important when the power supply coexists with low power sensors, such the ones deployed in medical applications and reducing the level of EMI to almost no radiation at all, will require new technologies. 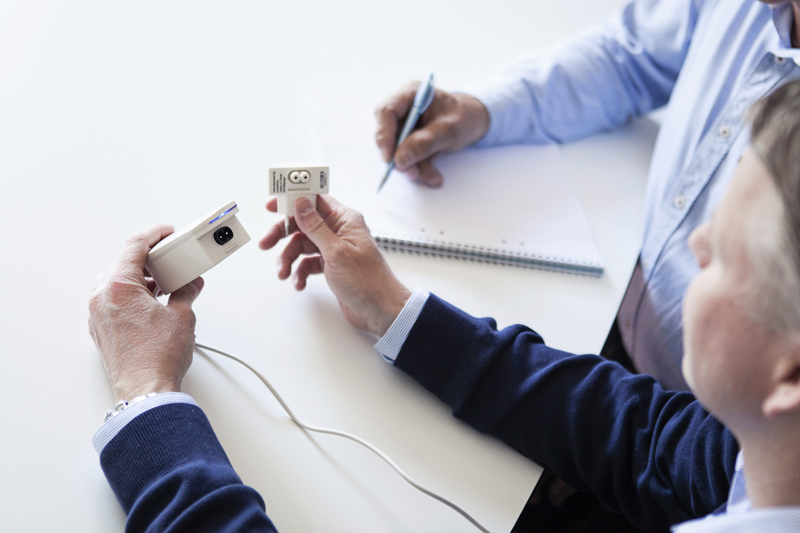 IoT devices in the medical world are being rapidly deployed, requiring the power industry to rethink the basic fundamentals of radio interferences and radio coexistence, which is exciting for power designers and opening up amazing fields of technological innovations.