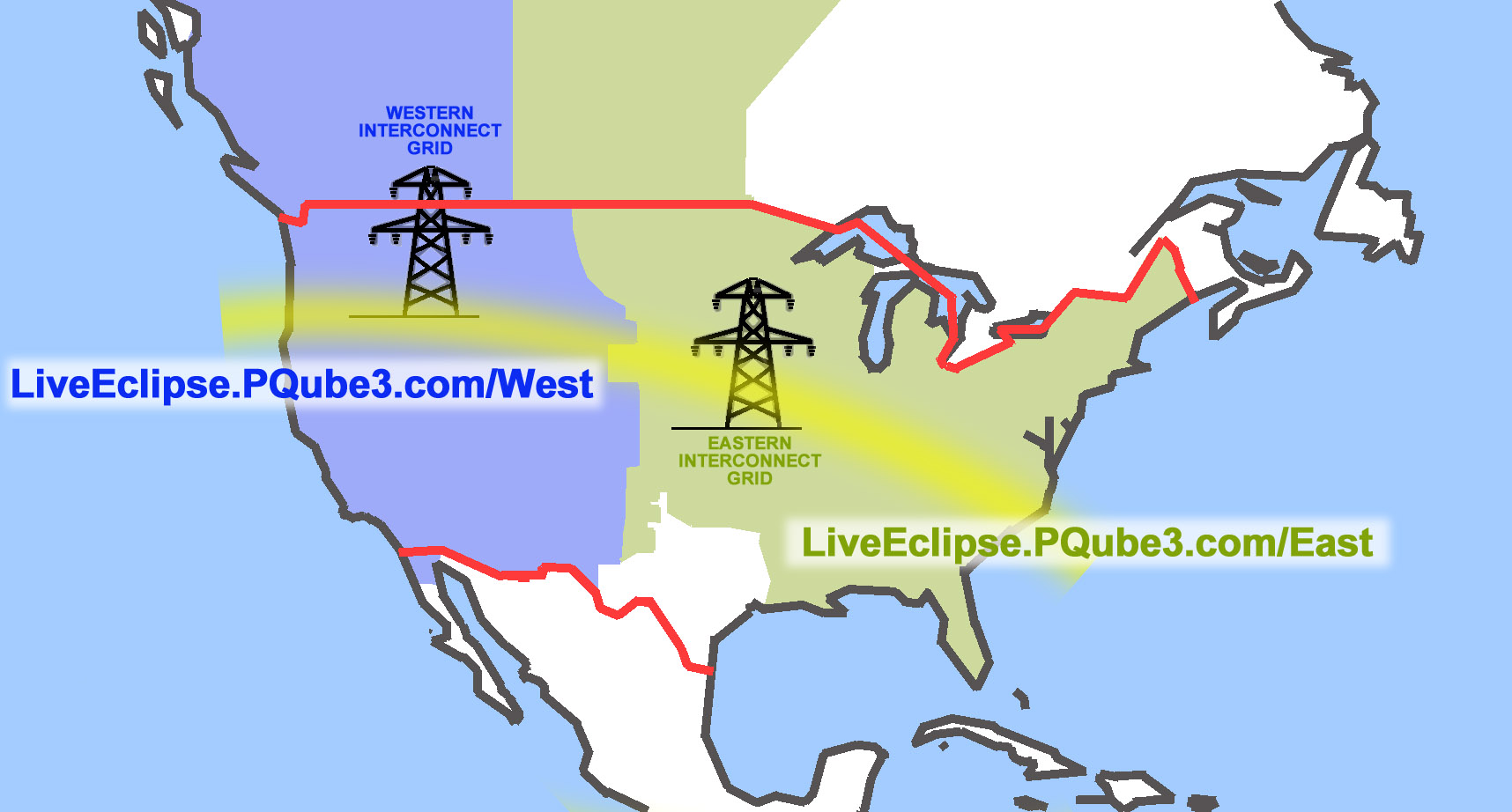 ALAMEDA, Calif. -- On Monday, August 21, North American power grids will be the subject of a celestial experiment: Now that there's lots of grid-connected solar power, what will happen when the sun abruptly vanishes? In California, Power Standards Lab has deployed precision grid instruments to observe the effects.

The eclipse will pass through the two largest North American power grids, informally called the Western Interconnect and the Eastern Interconnect, missing the other two main grids in Texas and Quebec.

Here's the challenge: minute by minute, grid operators must carefully balance the output of thousands of grid-connected generators against all the rapidly varying grid-connected loads. This balancing act is eased by two characteristics of grid load called "diversity" and "predictability".

Monday's eclipse will challenge, for the first time, both the diversity and predictability of a significant amount of solar power generation.

The eclipse will darken large swaths of solar power generators simultaneously, reducing diversity. Fortunately for grid operators, the exact eclipse path and timing are predictable, so grid operators can plan for solar power losses. But how much?

Grid operators know exactly where their large solar arrays are, and how much power they generate. But they have far less information about smaller rooftop solar arrays.

And that's what makes this experiment interesting.

Ultra-precise PQube 3 instruments watch the grid frequency that indicates the balance between generation and load. It should be 60 cycles per second or 60 Hertz. Higher than 60.000 Hertz means there's slightly more generation than load; lower, and there's slightly less. The grid operators dance with the frequency, adjusting the generator settings throughout the grid to maintain a steady flow of power.

Power Standards Lab is a private-held company in Alameda, California, that performs research projects with the U.S. Department of Energy and the National Labs, often using the ultra-precise PQube 3 instrument.