Power Supplies for Railway Applications – On the Rails to 2020

For decades, railway has important area for the power supply industry 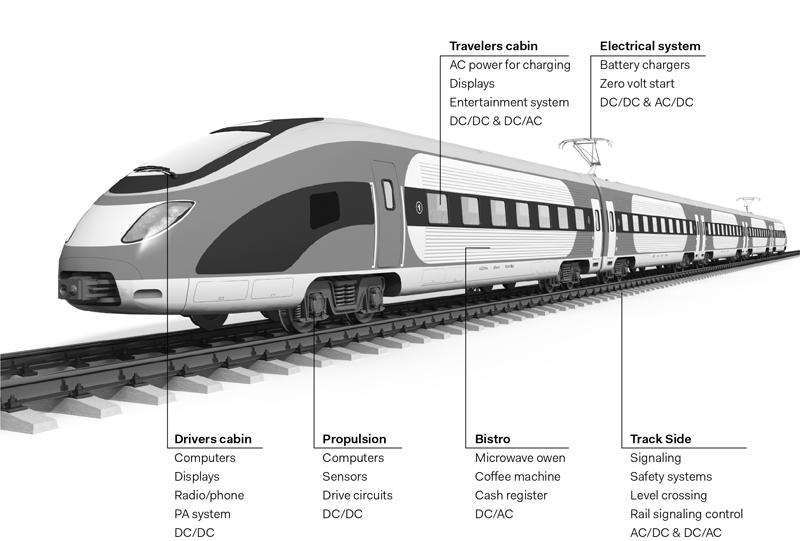 Figure 1. The range of railway applications is very wide

In a study presented at the international rail exhibition, Innotrans 2016 in Berlin, the European Rail Industry summarized the state of the business as representing a market size estimated to reach 185 billion Euro by 2020. Of course, the power supplies share of that amount is marginal compared to heavy rolling stock or infrastructure. Though without power supplies, nothing else would be possible. As we approach the next Innotrans exhibition, we can take a minute to consider the many challenges that power supply manufacturers are facing in their quest to make railways safer, coupled with providing the highest service levels for passengers.

From conservative to progressive

For decades, the railway sector has been an important area for the power supply industry, which needs to develop very specific solutions to meet the requirements of this complex market. The sector consists of three main categories: new equipment, modernization, and the maintenance of equipment that entered service 10 years ago or more. Each of these categories represents particular demands on the developer and requires specific skills.

Although the railway sector is very conservative and priority is given to reliability and robustness, a new generation of “digital technology trained” engineers are increasingly integrating digital control and encouraging the implementation of energy-efficient topologies such as the Gallium Nitride transistors. In the railway sector this approach is quite new, requiring more extensive qualification work during product development and brings new constraints for engineers responsible for guaranteeing durable solutions for the next twenty years.

From point-of-load to multi kilowatts - with compliance

The range of railway applications is very wide and consists of a large number of applications requiring simple point-of-load (POL) voltage regulators to converters or inverters of several hundred kilowatts powering the motors of traction engines and other traction vehicles (Figure 1). In term of the overall railway market, if we exclude services, rolling stock represents the majority of applications, followed by infrastructure and finally, track side and signalling. Each of these sub-segments has its own requirements that are specific to its environment.

For example, in converters for vehicle (e.g. locomotive) start-up control, low-battery-voltage starters (LBVS) are connected to high voltage catenaries to deliver a low battery voltage, requiring very high insulation and high-level safety constraints (Figure 2). In addition, all on-board equipment must comply with general standards such as EN50155, which covers electronic equipment used in rolling stock (a standard that incorporates many other standards, such as EN 50121-3-2 for electromagnetic compatibility). The railway field is highly standardized and each development begins with an analysis of the application case and related standards. 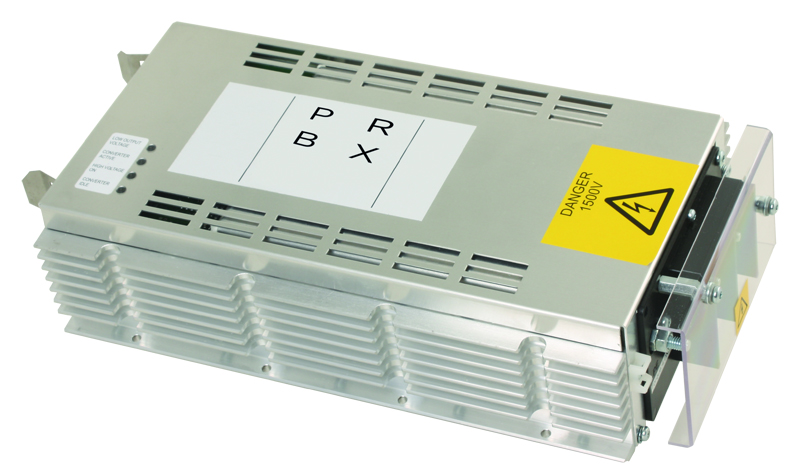 In addition to the traditional standards governing operating quality, operational parameters and safety, this year the EN45545 standard (resistance and fire behaviour) has become mandatory for all rolling stock. This standard aims to eliminate the risk of fire during a technical incident and all toxic fumes resulting from combustion of the product. For power supply manufacturers, this means selecting compliant components and carrying out additional tests to ensure full compliance with the various chapters of EN45545.

Apart from the large number of standards, one of the idiosyncrasies of the railway sector is the fact that many applications have very specific requirements in terms of housings and connectors, often resulting in products that are dedicated to a particular customer. While the trend is towards the standardization of card modules such as DC/DC converters (Figure 3), for more complex products such as locomotive starter converters or decentralized battery chargers, the on-demand product remains the norm. This requires a development capacity geared towards these products and a high degree of flexibility in production. In fact, despite a growing market (+6% per year), the volumes of power supplies used in the railway sector remain modest compared to the millions of units consumed in the telecommunications sector, requiring manufacturers, such as Powerbox, to adapt production tools to specific demands. 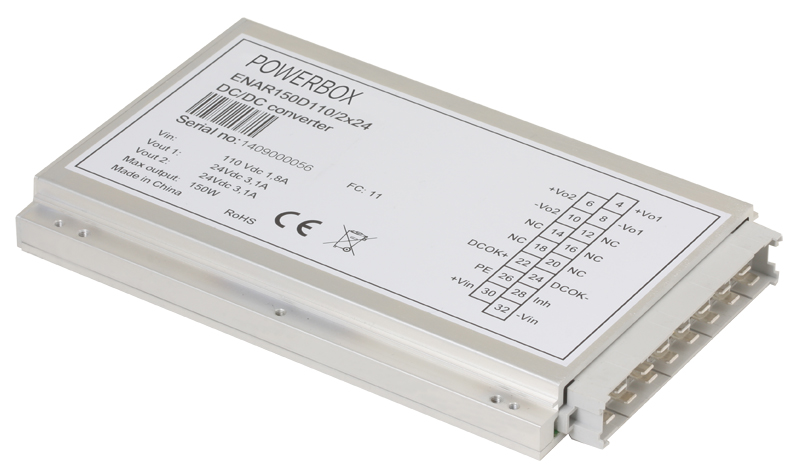 The majority of customers in the railway sector require 30 years or more availability for some critical equipment. During development this service life must be taken into account, as well as the possibility of the replacement of certain components, such as electrolytic capacitors affected by ageing. Knowing that railway power supplies can be exposed to severe environmental effects such as temperature variations or shock and vibration during the life of the product, equipment manufacturers include “component refreshment and re-calibration” in their specifications. It is common to see products delivered more than 15 years ago return to the workshop for review and updating. This practice is very specific to the railway sector and it has a strong influence on the way feeds are designed.

Indeed, a 30-year lifespan obliges developers to select components with a low risk of obsolescence, but also to design the product for possible upgrades during its useful life. This adds a level of complexity and limits the introduction of new technologies. Engineers in charge of the development of tomorrow's railway systems want to integrate new technologies, but the limited knowledge of their lifecycle and sustainability raises questions about the level of risk associated with their introduction. This is a topical issue that is being debated within the railway community, which wants to modernize its power supply systems to make them more energy-efficient and include better communications.

The technologies used to develop railway power supplies are very similar to those used in other segments, and with years of experience, developers have built up expertise enabling them to reduce development times. However, new standards and the introduction of new technologies increase development time. Considering the wide range of power supplies used in railways, if we exclude “standard” products, more complex projects can easily reach 24 or even more months without approval. This means working closely with OEMs who, aware of these delays and facing increasing competition from Asia, are pushing for the development of functional blocks that can be reused on multiple projects.

Because of the large and increasing demand for modernization of rail systems, design lead times have to be short, which requires a different approach. In the case of rolling stock, this involves specific constraints, such as certifications. In the case of traffic control and signalling systems, the constraints are less stringent and it is possible to use power supplies, such as those for DIN rail mounting that already exist. An energy subsystem such as Powerbox’s Battery Backup Unit (BBU) can be customized in less than three months to meet specific demands, including the addition of radio transmission telemetry systems (Figure 4). This is the type of modularity that OEMs are beginning to implement in rolling stock, but it will take time. 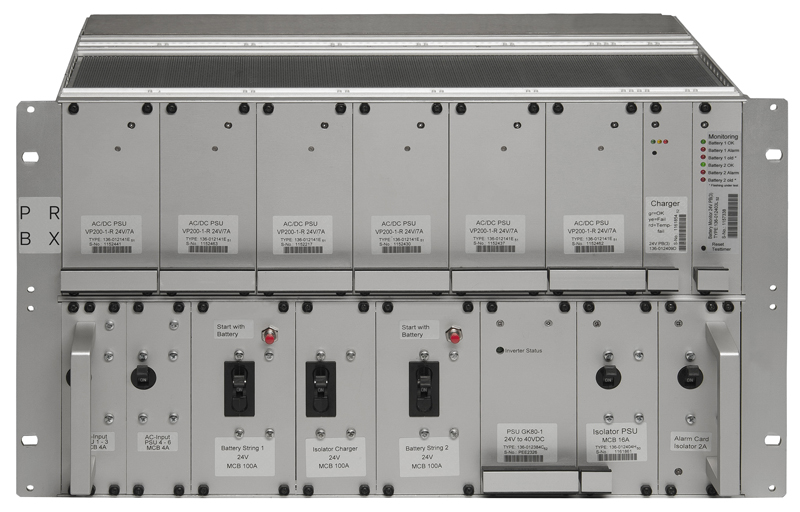 Figure 4. Powerbox’s Track side Battery Backup Unit (BBU) can be customized in less than three months to meet specific demands, including the addition of radio transmission telemetry systems

The impact of modernizing railway networks has many aspects because it is not conceivable to stop the operation of lines, nor to replace all existing infrastructure. For rolling stock, this often involves the addition of complementary technologies such as Wi-Fi for passenger comfort or on-board telemetry to increase safety. In this case, the power supplies are of a rather standard type and are often part of the installed system without any major changes to rolling stock.

In the case of the major refurbishment of a complete train, equipment manufacturers ask power supply manufacturers to develop Fit, Form and Function (3F) alternatives. That is, revised, updated power supplies but where the units’ fit, form and function remain the same, thus reducing implementation delays and guaranteeing the durability of the host equipment for many years. The development of a 3F power supply is very close to a specific development, but by combining the expertise of engineers, the platforms available from manufacturers specialized in the field of railroads, and the reuse of the original case or chassis, it is possible to reduce development time spectacularly.

Most of the modernization of European rail networks is carried out at the track and signalling system level. Accordingly, installers ask for 3F solutions from the power supply manufacturers that can be installed in place of the old systems; a relatively simple process of “old equipment out, new equipment in”. For very old systems, the technique used is to install an industrial chassis in the cabinet to facilitate the installation of standardized racks, which subsequently reduces the time required for updating, such as adding additional radio-telemetry systems or connecting the cabinet to fibre optic systems.

The general trend in railway power supplies is to reduce development times by adopting standardized or semi-standardized sub-assemblies. This is the will of the equipment manufacturers and increasingly the adopted solution for systems close to the tracks, or embedded applications using card converters or cassettes. However there will always remain very specific power supplies requiring on-demand solutions that will continue to call upon very specific skills.