Aging populations and growing lifestyle diseases are pushing demand for personalized, easy to use, and advanced healthcare devices, including wearables 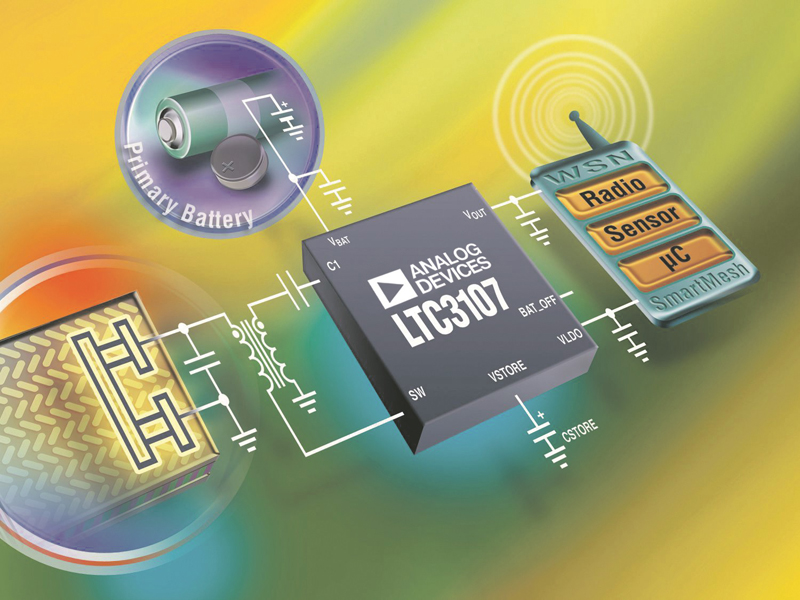 Figure 1. LTC3107 Harvesting Thermal Energy to Power a WSN and/or Charge a Battery

The costs associated with keeping a patient in a hospital bed for a prolonged period are becoming economically unsustainable – both for the institution itself, and the patient. As a result, hospitals are looking for ways to reduce these cost burdens by getting the patient well and autonomous as soon as possible without compromising a complete recovery. One way of attaining this objective is to release the patient with remote monitoring and diagnostic devices so that they can return to their own homes. These remote patient monitoring functions typically include heart rate, blood pressure, breathing rate, sleep apnea, blood glucose levels and body temperature. Hence, this bolsters the premise that one of the current trends fueling the growth of portable and wireless medical instrumentation is outpatient care. As a consequence, many of these portable electronic monitoring systems must incorporate RF transmitters so that any data gathered from the patient monitoring systems can readily be sent directly back to a supervisory system within the hospital where it can be later reviewed and analyzed by the governing physician.

Low power precision components have enabled the rapid growth of portable and wireless medical instruments. However, unlike many other applications, these types of medical products typically have much higher standards for reliability, runtime and robustness. Much of this burden falls on the power system and its components. Medical products must operate properly and switch seamlessly between a variety of power sources such as an AC mains outlet, battery backup and even harvested ambient energy sources. Furthermore, great lengths must be taken to protect against, as well as tolerate various fault conditions, maximize operating time when powered from batteries and ensure that normal system operation is reliable whenever a valid power source is present.

It is reasonable to assume that the cost of supplying the appropriate medical instrumentation to the patient for home use is more than offset by the costs of keeping them in the hospital for these same purposes. Nevertheless, it is of paramount importance that the equipment used by the patient be not only reliable but patient proof! As a result, the manufactures and designers of these products must ensure that they can run seamlessly from multiple power sources (including backup sources) and have high reliability of the data collected from the patient, as well as 99.999% integrity of the wireless data transmission. This requires the system designers to ensure that the power management architecture to be used is not only robust and flexible, but also compact and efficient. In this manner, the needs of the hospital and those of the patient are mutually satisfied.

Fortunately, there are a number of analog companies, such as Analog Devices, that focus on bringing solutions to these problems by introducing innovative products. Since there are many applications in medical electronic systems that require continuous power even when the mains supply is interrupted, a key requirement is low quiescent current to extend battery life.  Accordingly, switching regulators with standby quiescent current less than 9A are usually needed. In fact, some of the new systems that are run on a combination of a battery and energy harvesting as their main power sources, require their quiescent currents to be in the single digit micro-amps range, or in some case, even nano-amps. This is a necessary prerequisite for adoption in such “in-home use” patient medical electronic systems.

Although switching regulators generate more noise than linear regulators, their efficiency is far superior. Noise and EMI levels have proven to be manageable in many sensitive applications as long as the switcher behaves predictably. If a switching regulator switches at a constant frequency in normal mode, and the switching edges are clean and predictable with no overshoot or high frequency ringing, then EMI is minimized. A small package size and high operating frequency can provide a small tight layout, which minimizes EMI radiation. Furthermore, if the regulator can be used with low ESR ceramic capacitors, both input and output voltage ripple can be minimized, which are additional sources of noise in the system.

The number of power rails in today’s feature-rich patient monitoring medical devices has increased while operating voltages have continued to decrease. Nevertheless, many of these systems still require 3V, 3.3V or 3.6V rails for powering low power sensors, memory, microcontroller cores, I/O and logic circuitry.  Furthermore, since their operation is sometimes critical, many of them have a battery backup system should the main power supply to the unit fail.

Traditionally their voltage rails have been supplied by step-down switching regulators or low-dropout regulators. However, these types of ICs do not capitalize on the battery cell’s full operating range, thereby shortening the device’s potential battery run time. Therefore, when a buck-boost converter is used (it can step voltages up or step them down) it will allow the battery’s full operating range to be utilized. This increases the operating margin and extends the battery run time as more of the battery’s life is usable, especially as it nears the lower end of its discharge profile.

Energy Harvesting as a Power Source

Recently, there has been a great deal of innovation in the area of energy harvesting; especially using a human beings own body heat as a potential energy source to power electronic monitoring systems or recharge a battery that powers them. Such advances enable modification of the size and shape of medical electronics components so as to accommodate a milliwatt and/or microwatt power range. This means that many complex electronic systems and devices, such as wearable medical and autonomous devices, can now consume power in the range of less than 250µW.

Furthermore, wireless sensor networks with power levels in the range of µWs to 100mWs are routinely operated from battery power. However, due to the intrinsic limitations of battery power, such as the longevity of charge and where applicable, the need for periodic recharging, possibilities to use ambient energy sources such as heat or vibration for the periodic recharging of a “rechargeable” battery have presented themselves. That is, until now.

Analog Devices’ Power by Linear Group has been manufacturing energy harvesting ICs for almost a decade; the first product introduced being the LTC3108 in December of 2009. The LTC3108 is an ultralow voltage DC/DC converter and power manager that is designed specifically to collect and dispense surplus energy, creating extremely low voltages from heat sources. This can be from hot to hotter or cold to colder, since all that is needed is a temperature gradient of 1°C or more.

Nevertheless, a more recent introduction is the LTC3107, a highly integrated DC/DC converter that is designed to extend the life of a primary battery in low power wireless systems by harvesting and managing surplus energy from extremely low input voltage sources such as TEGs (Thermoelectric Generators) and thermopiles.

With the LTC3107, a point-of-load energy harvester requires little space, just enough room for the LTC3107’s 3mm × 3mm DFN package and a few external components. By generating an output voltage that tracks that of the existing primary battery, the LTC3107 can be seamlessly adopted to bring the cost savings of free thermal energy harvesting to new and existing battery-powered designs. Furthermore, the LTC3107, along with a small source of thermal energy, can extend battery life, in some cases up to the shelf life of the battery, thereby reducing the recurring maintenance costs associated with battery replacement. The LTC3107 was designed to augment the battery or even supply the load entirely, depending on the load conditions and harvested energy available. Figure 1 illustrates how easily the LTC3107 can harvest thermal energy to power wireless senor nodes (WSNs), and seamlessly switch over to battery power is the ambient energy source is not available.

Moreover, the LTC3331 is a multifunctional ambient energy harvester that forms a complete regulating energy harvesting solution that delivers up to 50mA of continuous output current to extend battery life when harvestable energy is available, see Figure 2. It requires no supply current from the battery when providing regulated power to the load from harvested energy and only 950nA operating when powered from the battery under no-load conditions. The LTC3331 integrates a high voltage energy harvesting power supply, plus a synchronous buck-boost DC/DC converter powered from a rechargeable primary cell battery to create a single non-interruptible output for energy harvesting applications such as WSNs and internet-of-things (IoT) devices. 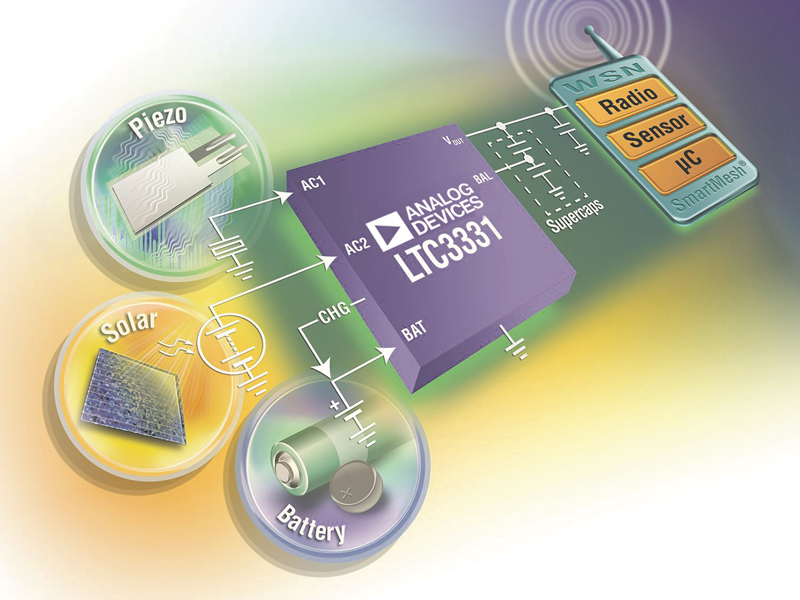 Figure 2. The LTC3331 Converts Multiple Energy Sources & Can Use a Primary Rechargeable Battery

The LTC3331’s energy harvesting power supply, consisting of a full-wave bridge rectifier accommodating AC or DC inputs and a high efficiency synchronous buck converter, harvests energy from piezoelectric (AC), solar (DC) or magnetic (AC) sources. A 10mA shunt enables simple charging of the battery with harvested energy while a low battery disconnect function protects the battery from deep discharge. The rechargeable battery powers a synchronous buck-boost converter that operates from 1.8V to 5.5V at its input and is used when harvested energy is not available to regulate the output whether the input is above, below or equal to the output. The LTC3331 battery charger has a very important power management feature that cannot be overlooked when dealing with micropower sources.  The LTC3331 incorporates logical control of the battery charger such that it will only charge the battery when the energy harvested supply has excess energy.  Without this logical function the energy harvested source would get stuck at startup at some non-optimal operating point and not be able to power the intended application through its startup. The LTC3331 automatically transitions to the battery when the harvesting source is no longer available. This has the added benefit of allowing the battery operated WSN to extend its operating life from 10 years to over 20 years if a suitable ambient energy power source is available at least half-of-the time, and even longer if the ambient energy source is more prevalent.