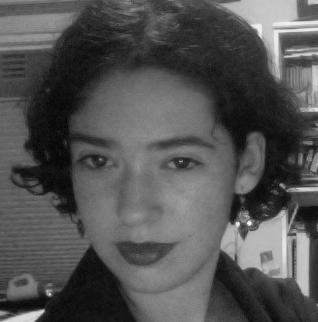 I have been a participant of the FIRST (For Inspiration and Recognition of Science and Technology) Robotics program for the past four years through the Culver City High School. Our team's (and any team's) design decisions, from a power management perspective, are mostly limited to which of the three available motor controllers that we want to use for a given application. The voltage source is constant at 12 volts and aside from the drive motors, the robot's components are low current devices. The motor controllers adjust the voltage going through allowing motor speed to be adjusted instantly to match the situation. All 3 controllers can handle this task. However, each speed controller has some unique features. The most basic of the controllers is the Victor. The Victor has been in use in the FIRST Robotics Competition for almost as long as the competition's existence. It has been upgraded over the years but the functionality remains the same. Victors take a Pulse Wave modulation (PWM) input that is standard to hobby RC controllers. From that input, a bank of transistors adjusts the input voltage from 12 volts to -12 volts. The Jaguar is the standard motor controller on a FIRST Robot. It is the largest and heaviest of the controllers with an internal fan to dissipate the heat from the transistors that govern the voltage manipulation. The jaguar adds the ability to take input from both PWM signals and/or CAN Bus, letting the Jaguar give feedback such as current output and voltage variations. This data can be valuable in debugging mechanical errors by finding excess current draw as well as adding precision to drive systems by adjusting all outputs on the bus to match. The Jaguars and Victors are both capable of providing up to 480 Watts of continuous power (12V output at 40A continuous current), however the Jaguar has suffered from reliability issues in extreme situations when it burns out the transistors during quick maneuvering. The Talon is the newest of the controllers. Smaller than a victor and possessing a heat sink, talons can do the job of a Victor without the need for as much space as a Jaguar The Talon is also capable of providing a much higher 720 Watts of output power to the motors (60A continuous output current). Other design decisions that we can make involve protecting the components from electrical damage during the high-speed maneuvers required during competition. These include using our software to lock out motors under different condition. This can prevent overloading the main circuit breaker by running too many motors under high current conditions simultaneously. We can also off load the electrical system by using pneumatics to handle some high-force operations or use high gear ratios to reduce the amount of motor power needed to generate a given force at the point of use. With appropriate sensors, we can also incorporate automatic shutdowns of motor circuits if the current or power exceeds a certain amount for a certain period of time. I would like to thank our Electronics mentor, an engineer from Raytheon, on the team for teaching me aspects of electronics beyond the "Plug and Play" instructions provided. Bagel Bytes Team 702