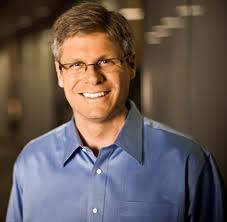 Qualcomm Incorporated (NASDAQ: QCOM) today announced that its Board of Directors has unanimously approved a succession plan for executive management of the Company. Effective December 12, 2013, Steve Mollenkopf was promoted to Chief Executive Officer-elect of Qualcomm, and appointed to its Board of Directors. He will continue to serve as the Company's President. Effective March 4, 2014, following the Company's 2014 Annual Meeting of Stockholders, Mollenkopf will become Chief Executive Officer. In this role, he will assume overall responsibility for Qualcomm, including all lines of business and all functional groups in the Company. On March 4, 2014, Dr. Paul E. Jacobs will assume the role of Executive Chairman, helping guide development of new technology and Qualcomm's long-term opportunities.

"Qualcomm's board of directors is responsible for ensuring the continuity of the Company's senior leadership and that the executive team possesses the experience, skills and character required to achieve the Company's goals. With today's announcement, we enable a smooth transition to a proven executive in Steve Mollenkopf, while providing for ongoing executive guidance and Board-level leadership from Paul Jacobs. Qualcomm's Board of Directors unanimously approved the appointment of Steve Mollenkopf to the board of directors and his transition to CEO. We have the highest degree of confidence that his leadership will further expand Qualcomm's impressive record of innovation and continued stockholder value creation," said Sherry Lansing, Presiding Director of Qualcomm's Board of Directors and chair of its Governance Committee.

In his nearly 20 years at Qualcomm, Steve Mollenkopf has held a variety of leadership positions including leading the chipset business (QCT), successfully driving innovation and record growth. Under his leadership, Qualcomm became the world's largest mobile chipset supplier and the global leader in LTE technology. Under Mollenkopf, QCT also completed the $3.1 billion acquisition of Atheros, the Company's largest acquisition to date, to accelerate the expansion of Qualcomm's technologies and platforms beyond cellular. Most recently he served as Qualcomm's president and chief operating officer and as a member of the executive committee, helping to drive Qualcomm's overall global strategy. Mollenkopf has played a critical role in the development of a number of new technologies, and has strengthened the Company's relationships with key industry partners. Mollenkopf holds a Bachelor of Science degree in electrical engineering from Virginia Tech and a Master of Science degree in electrical engineering from the University of Michigan. His technology background and business experience make him ideally suited to lead the next phase of the organization's growth and success.

"I am honored to have been chosen by the board to lead Qualcomm into the next exciting era of the Company," said Steve Mollenkopf. "Qualcomm's focus on execution in product and technology development has helped to establish us as a leader in wireless with our partners. I look forward to working with our executive team and our employees in driving growth for our Company and the entire mobile ecosystem as it transitions to 4G and beyond."

"We want to thank Paul for his leadership and strategic vision in the almost nine years since he was appointed CEO," said Lansing. "His innovations have helped define the smartphone world that we live in today. He has guided Qualcomm through extraordinary growth where the Company's market cap more than doubled, revenues more than quadrupled and GAAP EPS more than tripled during his tenure as CEO."

In his role as Executive Chairman, Dr. Jacobs will remain an employee of the Company and will help guide its future strategies and direction. "I am very proud of what we have accomplished during my time as CEO and look forward to being part of the Company's continued success. At its heart, Qualcomm is a company of inventors and entrepreneurs and I'm excited by the opportunities that lay ahead as we continue to push the boundaries of technology in mobile and beyond," Jacobs said. "I want to congratulate Steve on his expanded role. I have the utmost confidence in him and in the rest of the management team that they will continue to drive technical and business innovations, ensuring the growth and future of Qualcomm. I very much look forward to continuing to work with Steve."