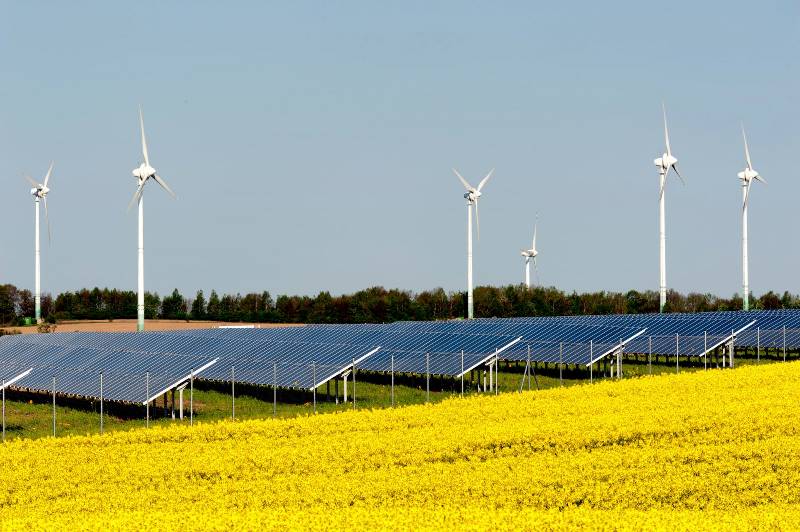 Renewable energy is booming in the United States.

“We live in a world bathed in 5,000 times more energy than we consume as a species in the year, in the form of solar energy. It's just not in usable form yet.”

- Peter Diamandis, author and founder and chairman of the X Prize Foundation

We’ve never been closer to commercializing viable replacements for fossil fuels, but we’ve got a ways to go – the white ball in the sky remains a largely untapped resource, and alternative energy is still mostly … an alternative.

The global solar market grew by more than 50% from 2015-2016, going from 50 GW to 74.4 GW, and while U.S. solar doubled from 7.3 to 14.7 GW, Chinese photovoltaics dwarfed America’s. But not all renewable energy favors the People’s Republic – while China has more than double the wind power installed capacity (168,732 MW vs. 82,184 MW), the US has some especially efficient wind farms, and America leads China in wind power production at 190 million megawatt-hours (MWh) vs. 185.1 million MWh. And according to the American Wind Energy Association, wind should supply 20 percent of U.S. electricity by 2030.

And our industry is making great strides towards viable solar power and a comprehensive smart grid. Our partner companies provide a tantalizing snapshot of renewable energy’s future.

We’ve known about the intrinsic advantages of capacitors since the late 19th century, but we’ve only recently explored the potential of power film capacitors for renewable energy and the smart grid. John Gallipeau, Technical Marketing Manager (Power Film Capacitors) with AVX, explores these applications in our June issue with the aptly-titled piece “Power Film Capacitors Prove Effective in Renewable Energy and Smart Grid Technology.”

Renewable energy may be in its (relative) infancy, but since fossil fuels are, by definition, finite, we’ll need to engineer renewable solutions sooner rather than later. And our industry is poised to take the lead on this enormously important social, philosophical, and technological issue.