Measurement is the crucial enabler 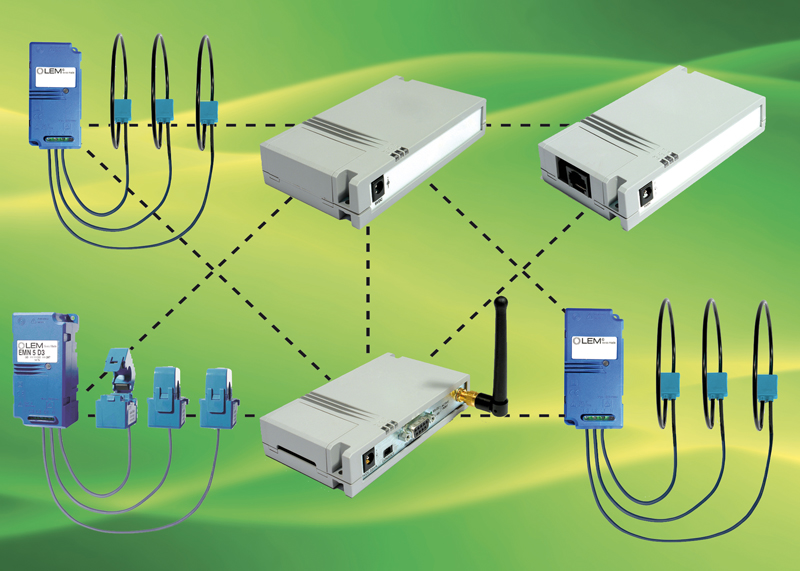 Today, as never before, the subject of energy efficiency is on everyone's agenda, at personal, corporate and national levels. It is no surprise, therefore, that there is scope in many manufacturing processes to make significant reductions in energy input, without impacting productivity or product quality. Many potential economies are not obvious, and will only be apparent from a closer study of the processes involved. Fundamental to controlling any system is a detailed knowledge of its behaviour, and that means measurement. Many energy-intensive processes are poorly metered but new building regulations in many countries will enforce higher standards of energy monitoring. Automotive fuel-tank production Energy costs were high on the agenda for automotive component- and system-maker INERGY Automotive Systems when, in 2008, the company launched a programme to optimise and reduce its energy consumption as part of its sustainable development policy within the group. INERGY is the world wide leader in the development and manufacturing of fuel systems and in particular, advanced plastic fuel tanks. Today, the company is the leading international Tier One supplier of plastic Fuel Systems to major car manufacturers. The project, known as INeco: INERGY Energy Consumption Optimization, was created to improve energy efficiency in the context of the group's total usage of around 228,000 Megawatt-hours of electricity - almost all of the company's energy input is electricity, which is approximately the same amount of power that a European town of 60,000 people would use. This INeco project and full deployment are managed by Stéphane Duval and Joseph Brossard. An early step was to put in place a series of energy audits for the major manufacturing processes in use at INERGY's plants, beginning with the facility at Pfastatt, France. The first audit, in 2009, had the objective of gathering detailed information of the energy consumption over a period of 3 weeks, analysing this data and using the results as the basis of action plans. A much more electrical sub metering solution, to gather instantaneous current data, was required at the level of each individual machine and process. The project's nature demanded a temporary set-up for an energy audit in an existing factory; therefore, it had to be easy and fast to install and uninstall. Installing the monitors A traditional cabled solution was initially considered, but this proved too difficult and expensive to install for such a short period. There were very few "plug and play" measurement solutions available, and the only realistic candidate that emerged was LEM's Wi-LEM, wireless local energy meter. Wi-LEM' energy meter nodes are current transducers that employ split cores; they can be clamped around a conductor with no need to disconnect anything for the purposes of installing continuous-loop sensors, or in-line current sensors. They gave INERGY the freedom to install the measurement node at the most convenient access point in each power cabinet and, crucially, required no down-time. Despite being simple to install, the systems' measurement nodes exceed the demands of the IEC 62053-21 standard for accuracy in energy measurements, achieving 1% accuracy or better. The "wireless" part of the WiLEM designation refers to its transmission of data by a wireless mesh network. This has two benefits; wireless operation means that no cabling is required in any of the temporary deployments; and "mesh" indicates that the wireless data-gathering network between measurement node and central data collection point is self-organising. LEM employs a very reliable, industrial-grade, protocol on top of the IEEE 802.15.4 mesh networking standard to guarantee delivery of data. Cable-free installation does not mean that the system can only be used for temporary installations. Many users will want to follow up a detailed energy-use survey by installing long-term monitors at key nodes to ensure that savings are maintained, and that wasteful usage patterns do not re-establish themselves. In keeping with the latest practices in factory-data-collection system installation, robust wireless mesh networking is also ideal for long-term use. In September 2009 the first Wi-LEM temporary network of 40 measurement points was deployed in the Pfastatt facility. The Wi-LEM was installed using a 3-phase delta configuration with a measurement range of up to 2000A. These transducer nodes use LEM's Rogowski coils, which feature a perfect loop technology with no discontinuity coil clasp. Measurement frequency for this pioneering exercise was set at 240 current values per day, for the three weeks, yielding a substantial volume of data - over 200,000 instantaneous current values. The INERGY team then had to design a strategy to extract the maximum information, and value, from that data set. A first, precautionary step was to apply a quick "sanity check" on the data. The cumulative current measurements, converted to power consumed, ought to correspond to the amount billed by the utility supplier. The figures agreed to within 3% and, reassured that the data was sound, the team went on to the analysis phase of the project. 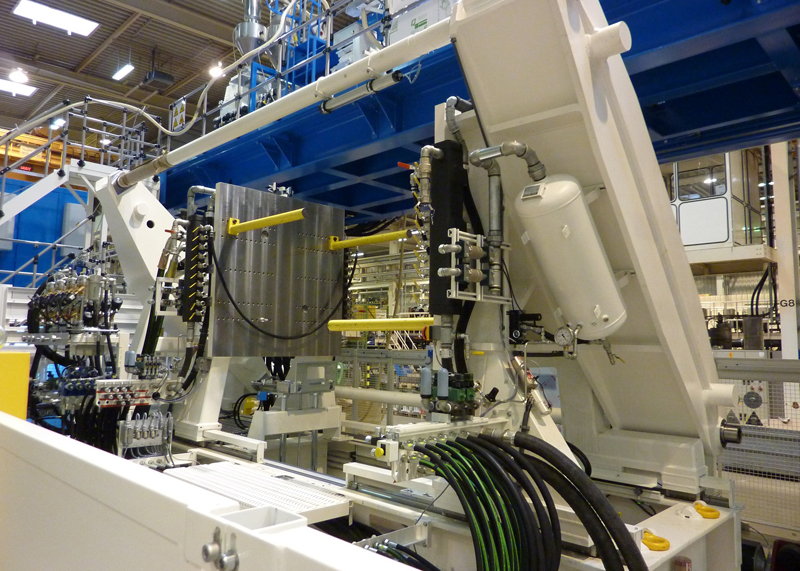 Analysing the data Collected current data was placed in a single large database that also contained minute-by-minute information on all of the processes in the plant; what systems were in use, what product was being manufactured, at every moment corresponding to the current data points. Fuel tank manufacturing at INERGY is based on a blow-moulding process: some of the energy-intensive aspects include heating of moulding material, supply of compressed air, and cooling after moulding. Analysis of the data revealed that the blow-moulding machines accounted for 45% of the company's total energy usage: prior to the audit, the exact value of that number had not been known. Compressors that deliver the high (13-bar) pressures needed for the moulding consume large amounts of energy - the analysis showed that much of that energy was being wasted by leakage of compressed air. Energy consumption measured on Chilled water process (Chillers, Pumps) has been also compared to theoretical energy consumption and saving opportunities show up. The resulting measures to optimise performance following this discovery led to discussions with equipment suppliers on how their machines could reduce energy usage. Not all of the discoveries were associated with the detail of the manufacturing process; normal commercial-building systems are just as effective at wasting energy if not properly managed. After completion of the Pfastatt audit, the portable nature of the Wi-LEM units proved its worth by being quickly removed from the first site, and re-installed in two successive audits at INERGY plants in Anderson, USA, and Ramos, Mexico. The initial experience with the Wi-LEM local energy meters was repeated, the units proving to be very easy to install and set up. The team also found that the radio signal range of wireless network was more than sufficient and even in the electrically-noisy industrial environment there were no problems with the data transmission. LEM uses the maximum RF output permitted for unlicensed transmitters of the type employed in mesh networks, of 100mW. 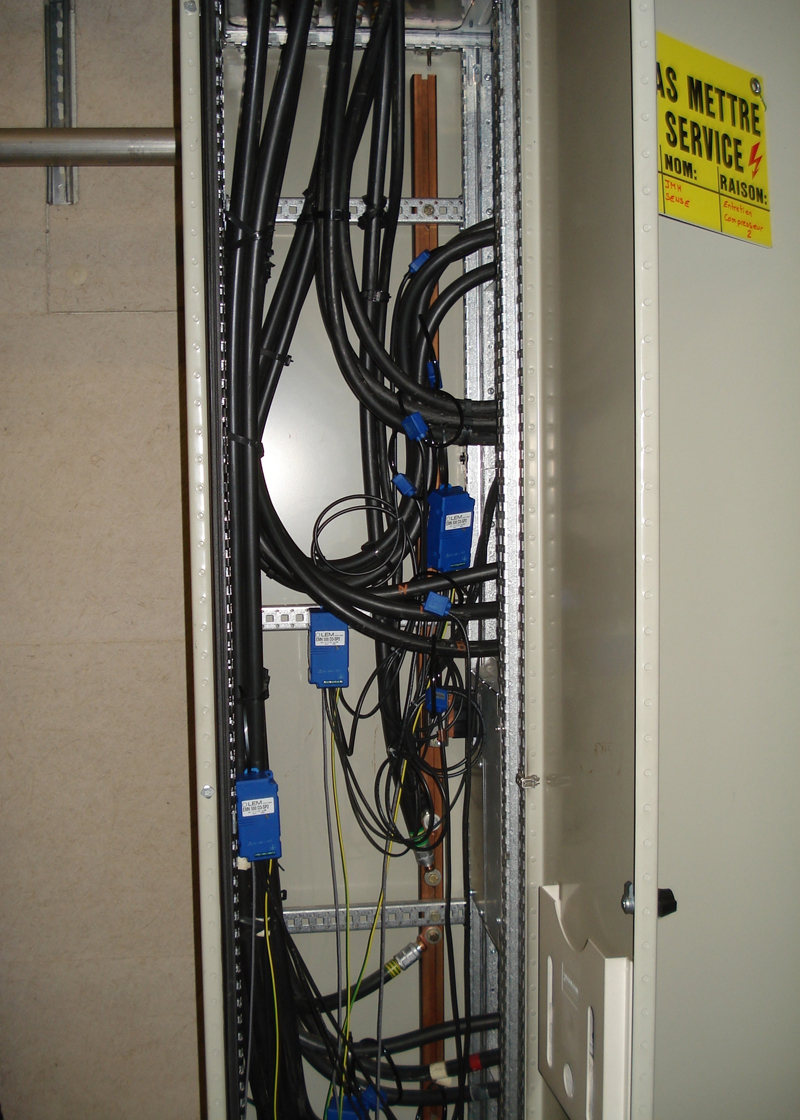 This proved its value at the US site, where electrical cabinets have double insulating metal doors; at no point did the network show any problems in making connections. The aggregated data led to the conclusion that - without any significant capital expenditure - substantial energy-cost savings of around 15% are possible. The measures needed to make those savings are often simple, and amount to common-sense - once the data is available to reveal what needs to be done. Driving forward for more savings INERGY plans to audit a further six of its sites in 2010, and to complete a company-wide programme over the next two years, leading to an action plan with investment allocated where it is shown to be needed. Already, however, the INeco plan can demonstrate savings that amount to millions of Euros, from just three audits. INERGY concluded that the benefits of energy sub metering are clear. You can only manage what you measure. The WiLEM local energy meter has been crucial in this. The company will be offering all of its sites Wi-LEM kits to allow them to measure and manage their energy consumption after the initial audits, and follow up on their progress. Without measurement, improvement is impossible. www.lem.com