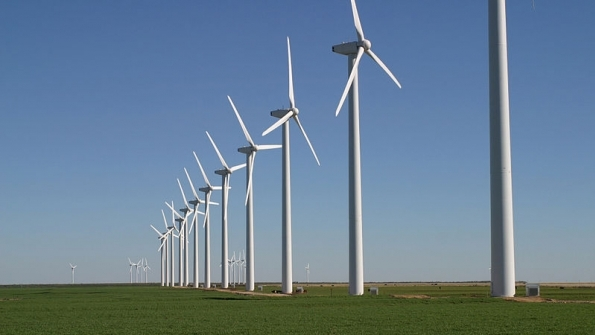 Renewable energy projects in the United States experienced a banner year in 2012, with wind deployment adding a record 13,124 MW of capacity and solar adding 3,313 MW of solar photovoltaic capacity. US deployment of clean energy technology continues to rise, with renewables accounting for close to 50% of added capacity. The latest edition of the Ernst & Young LLP report - United States renewable energy attractiveness indices (USAI) -highlights trends in US renewable investment and ranks the states in terms of their attractiveness for clean technology investment. "While overall US investment in clean energy is down, it's still ahead of annual investment from prior years," said Michael Bernier, Senior Manager, National Tax, Ernst & Young LLP. "What's important to note is that the $44.2b invested is not representative of the industry's true expansion. Solar technology, for example, is increasingly cost effective. As prices fall, the initial investment goes a lot further. $1b installs a lot more solar than it did five years ago." With some shake-up in the top 10 rankings, California is once again leading the nation in renewable energy. However, some states are not far behind the golden state. Texas, for example, remains the king of the wind installed base. California, though, is working to ensure the long-term health of its renewable energy infrastructure through the Renewable Energy Transmission Initiative (RETI), which identifies transmission projects needed to get renewable energy power to consumers and to support future energy policy. State policy support and a favorable regulatory environment will determine whether other states will catch up. Transmission & Distribution World