Renewable Fuel from Carbon Dioxide with Aid of Solar Energy 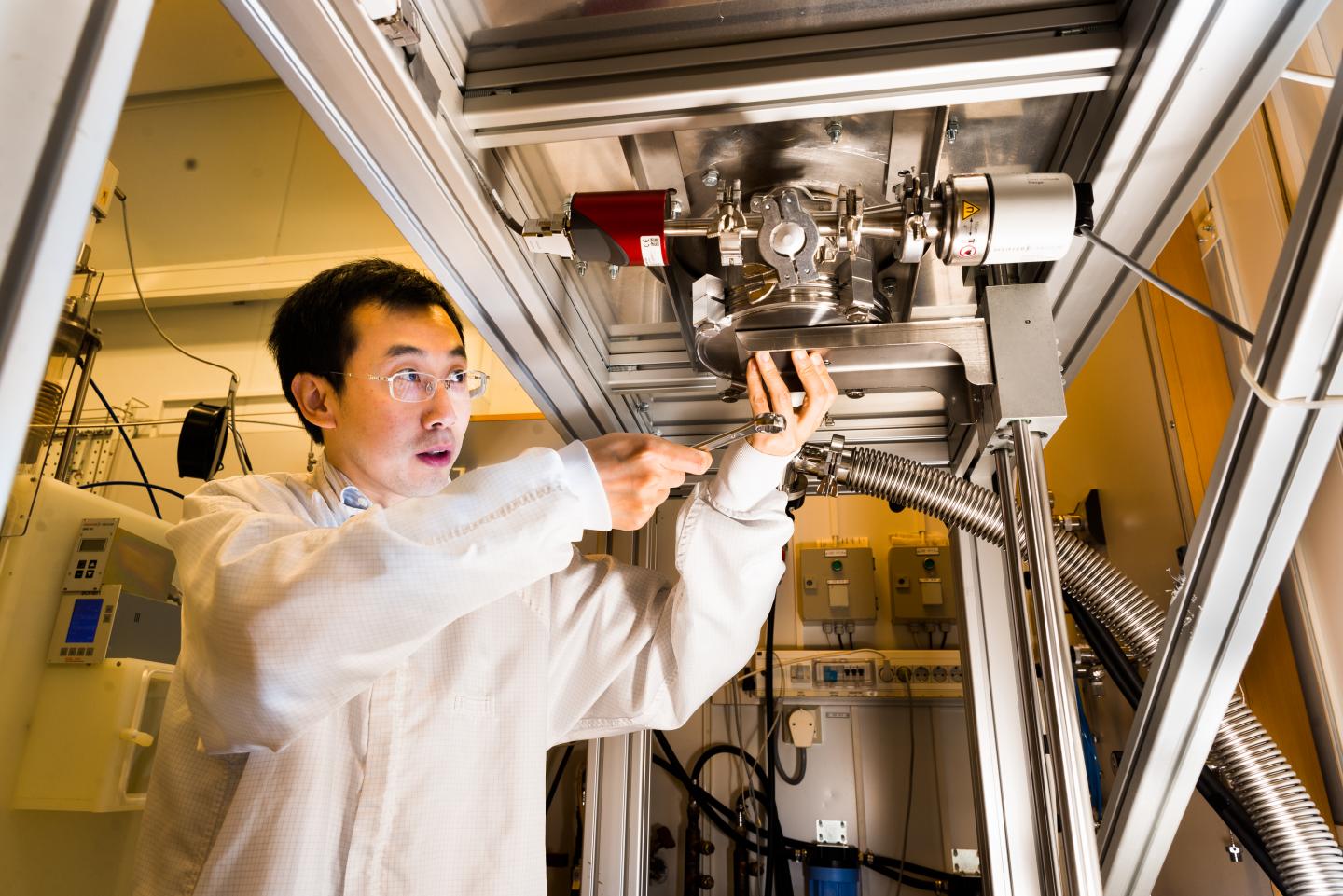 Researchers at Linköping University work with the growth reactor in which cubic silicon carbide is made.

Researchers at Linköping University, Sweden, are attempting to convert carbon dioxide, a greenhouse gas, to fuel using energy from sunlight. Recent results have shown that it is possible to use their technique to selectively produce methane, carbon monoxide or formic acid from carbon dioxide and water. The study has been published in ACS Nano.

Plants convert carbon dioxide and water to oxygen and high-energy sugars, which they use as "fuel" to grow. They obtain their energy from sunlight. Jianwu Sun and his colleagues at Linköping University are attempting to imitate this reaction, known as photosynthesis, used by plants to capture carbon dioxide from air and convert it to chemical fuels, such as methane, ethanol and methanol. The method is currently at a research stage, and the long-term objective of the scientists is to convert solar energy to fuel efficiently.

"By converting carbon dioxide to fuel with the aid of solar energy, this technique could contribute to the development of sources of renewable energy and reduce the impact on the climate of the combustion of fossil fuels", says Jianwu Sun, senior lecturer in the Department of Physics, Chemistry and Biology at Linköping University.

Graphene is one of the thinnest materials that exist, consisting of a single layer of carbon atoms. It is elastic, flexible, transparent to sunlight, and a good conductor of electricity. This combination of properties ensures that graphene has potential for use in applications such as electronics and biomedicine. But graphene alone is not suitable for the solar energy conversion application sought by the LiU researchers, and they have therefore combined the graphene with a semiconductor, cubic silicon carbide (3C-SiC). Scientists at Linköping University have previously developed a world-leading method to grow graphene on cubic silicon carbide, which consists of carbon and silicon. When the silicon carbide is heated, the silicon is vaporised, while the carbon atoms remain and re-construct in the form of a graphene layer. The researchers have previously shown that it is possible to place up to four layers of graphene on top of each other in a controlled manner.

The performance of the graphene-based technique is controlled by several factors, an important one of which is the quality of the interface between the graphene and the semiconductor. The scientists have looked at the properties of this interface in detail. They show in the article that they can tailor the layers of graphene on the silicon carbide and control the properties of the graphene-based photoelectrode. The conversion of carbon dioxide is in this way made more efficient, while the stabilities of the components are at the same time improved.

The photoelectrode developed by the researchers can be combined with cathodes of various metals, such as copper, zinc or bismuth. Different chemical compounds, such as methane, carbon monoxide and formic acid, can be selectively formed from carbon dioxide and water by selecting suitable metal cathodes.

"Most importantly, we have demonstrated that we can use solar energy to control the conversion of carbon dioxide to methane, carbon monoxide or formic acid", says Jianwu Sun.

Methane is used as a fuel in vehicles adapted to use gaseous fuels. Carbon monoxide and formic acid can either be further processed such that they can function as fuels, or they can be used in industry."