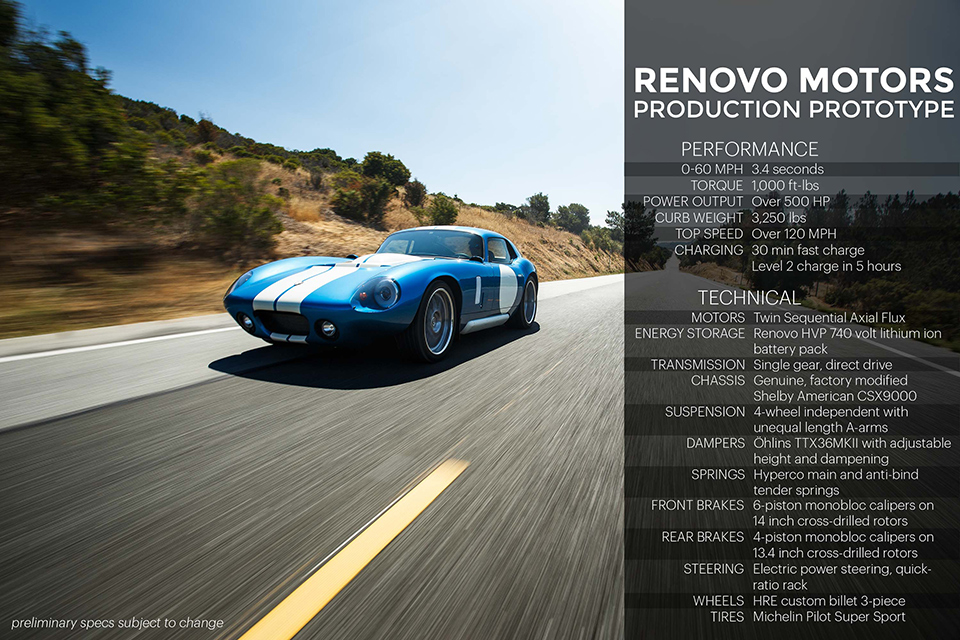 Renovo Motors, makers of a high-performance all-electric supercar, announced the official debut of the Renovo Coupe at the 2014 Pebble Beach Concours d’Elegance. The all-electric supercar rockets from 0-60 mph in just 3.4 seconds. After four years of secret engineering and development, Renovo is ready to reveal its revolutionary electric vehicle technology that makes the Renovo Coupe the newest and most exciting all-American supercar.

Renovo Motors was founded in 2010 with the stated belief that electric vehicles represent the greatest opportunity and potential for the future, and have worked for over four years to prove that the EV super car is a reality. The company is run by an experienced Silicon Valley team advised by veteran automotive industry executives.