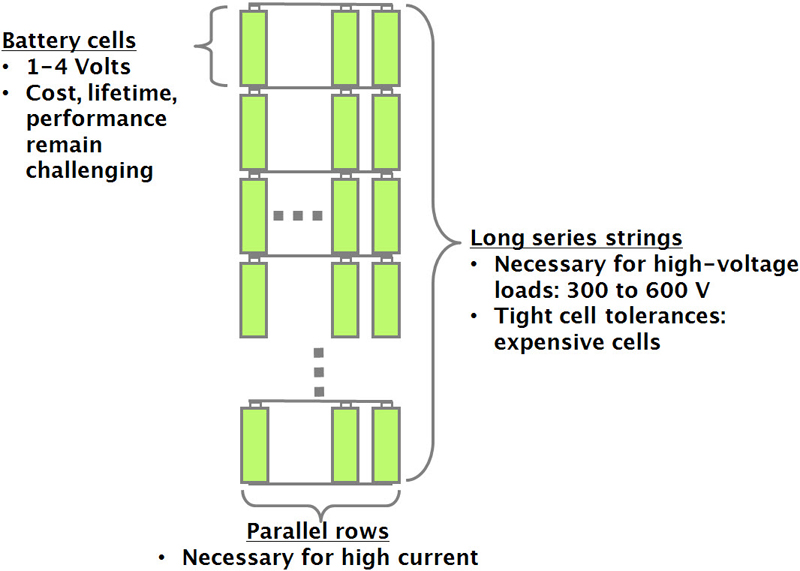 Figure 1: Typical battery packs like those being developed for electric vehicles and grid-tied energy storage systems are expensive, short-lived, big, complex, and limiting. Cell variations drive the degradation in pack capacity over the life of the pack. Ultimately, the weakest cells constrain both pack performance and operating life.

Large-format, high-power battery packs are expected to play a central role in two technological revolutions. One is the electrification of the automobile through the further development and adoption of electric and hybrid electric vehicles. Another is the deployment of battery-based energy storage for the power grid. But before either of these technological transformations can occur on a wide scale, battery technology must advance to provide the performance, operating life, and low cost required in the targeted applications. Much of the news regarding battery development concerns improvements in cell chemistry or construction, but a recent article by Eric Macris and John Bendel of Element Energy explains how innovation in battery management can have a dramatic impact on the critical aspects of battery performance and cost. In their article, Hardware-Software Architecture Improves Performance Of Large, Battery-Powered Systems, which was published recently in How2Power Macris and Bendel describe an integrated hardware and software-based approach to battery management for large, multi-cell battery packs that promises to double battery cycle life, while also extending battery run time (per charge) as much as 10%. Other benefits of Element Energy's battery management system—which is agnostic with regard to cell chemistry—include a 30% reduction in charging time (with no penalty), integration of voltage regulation within the battery pack, and active control of cell-level isolation from the pack for improved pack safety and reliability. As Macris and Bendel explain, the main challenge in controlling charging and discharging of large, multicell battery packs stems from the variability in the characteristics of the individual cells, which are typically connected in long series strings to generate high voltages (figure 1). One important effect of cell variability is that some cells charge faster than others. Without intervention from the battery management system, these fast charging cells could become overcharged to the point of thermal runaway. In the conventional approach to battery management, shunt resistors are switched in parallel with the fast charging cells to prevent their overcharging, while giving other cells the chance to reach full charge.

As the authors explain, this conventional approach to battery management has major drawbacks. "It is a compromised solution to the problem of variability among cells. It provides only a limited mechanism for managing the uniformity of charge balance among the cells. Moreover, it essentially forces dissimilar cells to perform as if they are identical—a goal that can be achieved for a time, but at the expense of pack lifetime. In the long run, this architecture shortens pack lifetime by exacerbating the differences among cells, making weak cells even weaker over time by forcing them to provide performance similar to strong cells. These weak cells ultimately govern pack lifetime." With its novel system architecture, Element Energy departs from the conventional approach using shunt resistors. Instead, it employs a combination of hardware and software to optimize charge and discharge of each cell continuously. In their architecture, a dc-dc converter buffers each individual cell from the rest of the system. This allows the voltage and current of each cell to be managed independently across variations in pack-level voltage and current (figures 2 and 3). By continuously adjusting the electrical load for each cell, Element's Integrated Energy Management System maximizes each cell's contribution of energy to the battery pack over the operating lifetime of the pack. This leads to the doubling of battery life mentioned previously. 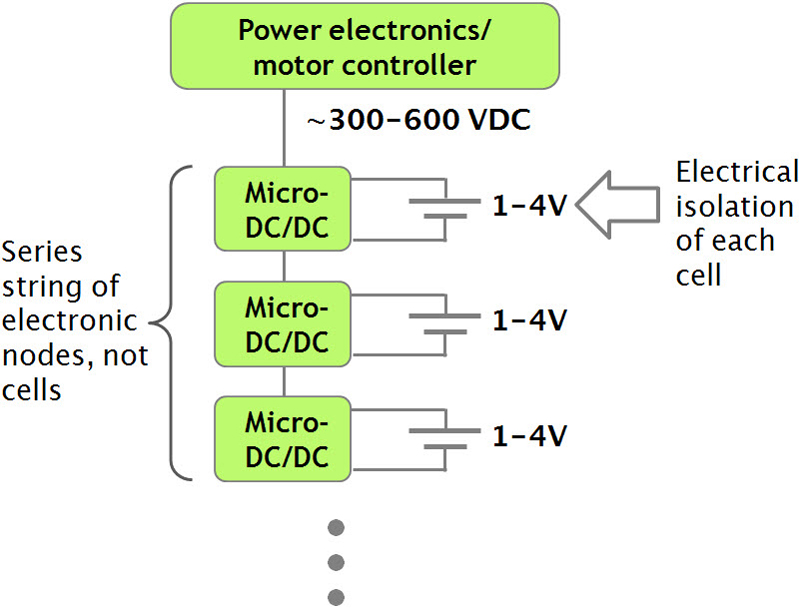 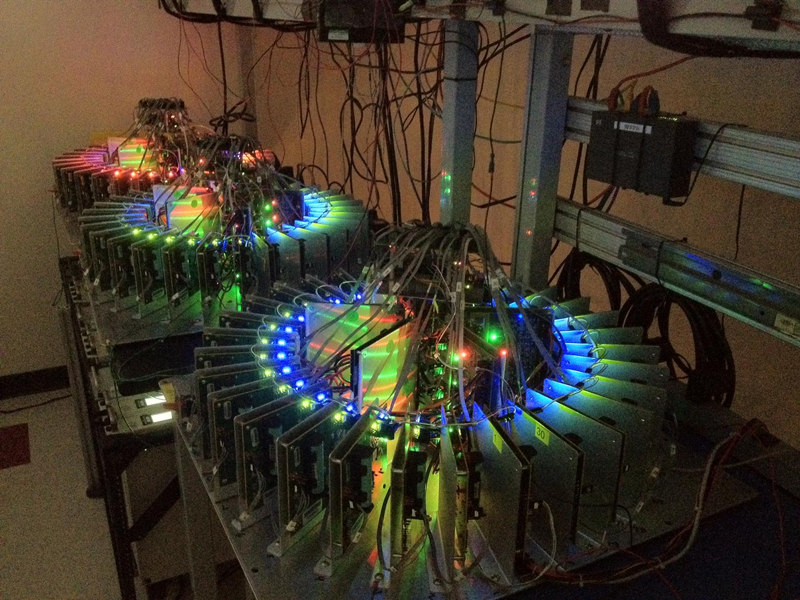 According to Macris and Bendel, this system can be implemented with a modest number of relatively inexpensive components. And while the hardware itself does not heavily impact the cost of the battery management system, it also enables a newfound flexibility. Control of individual cell loading permits cell management to be abstracted into the software layer of system architecture, where according to the authors, "charge and discharge profiles can be managed truly independently and continuously for each cell in a battery pack." Element Energy put its battery management system to the test in a series of experiments, testing large battery packs assembled with off-the-shelf, 18650 cylindrical, Li-ion cells. One control group of battery packs was built using conventional battery management methods, while an experimental group of battery packs was built using Element's Integrated Energy Management system. Full details on the design and construction of these battery packs, test conditions, results, and analysis are presented in Macris and Bendel's article in How2Power Today, December 2012 issue, which is available online at www.how2power.com/newsletters. These experiments represent the first large-scale tests the company has conducted on its battery management system. And while these experiments support the claims of improved battery performance described above, the authors claim that these initial results are just a start in harvesting the benefits of their new technology. As the authors state, "With improvements in cell behavioral modeling and charge time uniformity, along with various other software advances, one can reasonably expect an additional 30% extension in cycle life, even shorter charging times, and various other performance gains." www.how2power.com About the author: When not writing this column, David G. Morrison is busy building an exotic power electronics portal called How2Power.com. Do not visit this website if you're looking for the same old, same old. Do come here if you enjoy discovering free technical resources that may help you develop power systems, components, or tools. Also, do not visit How2Power.com if you fancy annoying pop-up ads or having to register to view all the good material. How2Power.com was designed with the engineer's convenience in mind, so it does not offer such features. For a quick musical tour of the website and its monthly newsletter, watch the videos at www.how2power.com and www.how2power.com/newsletters/.