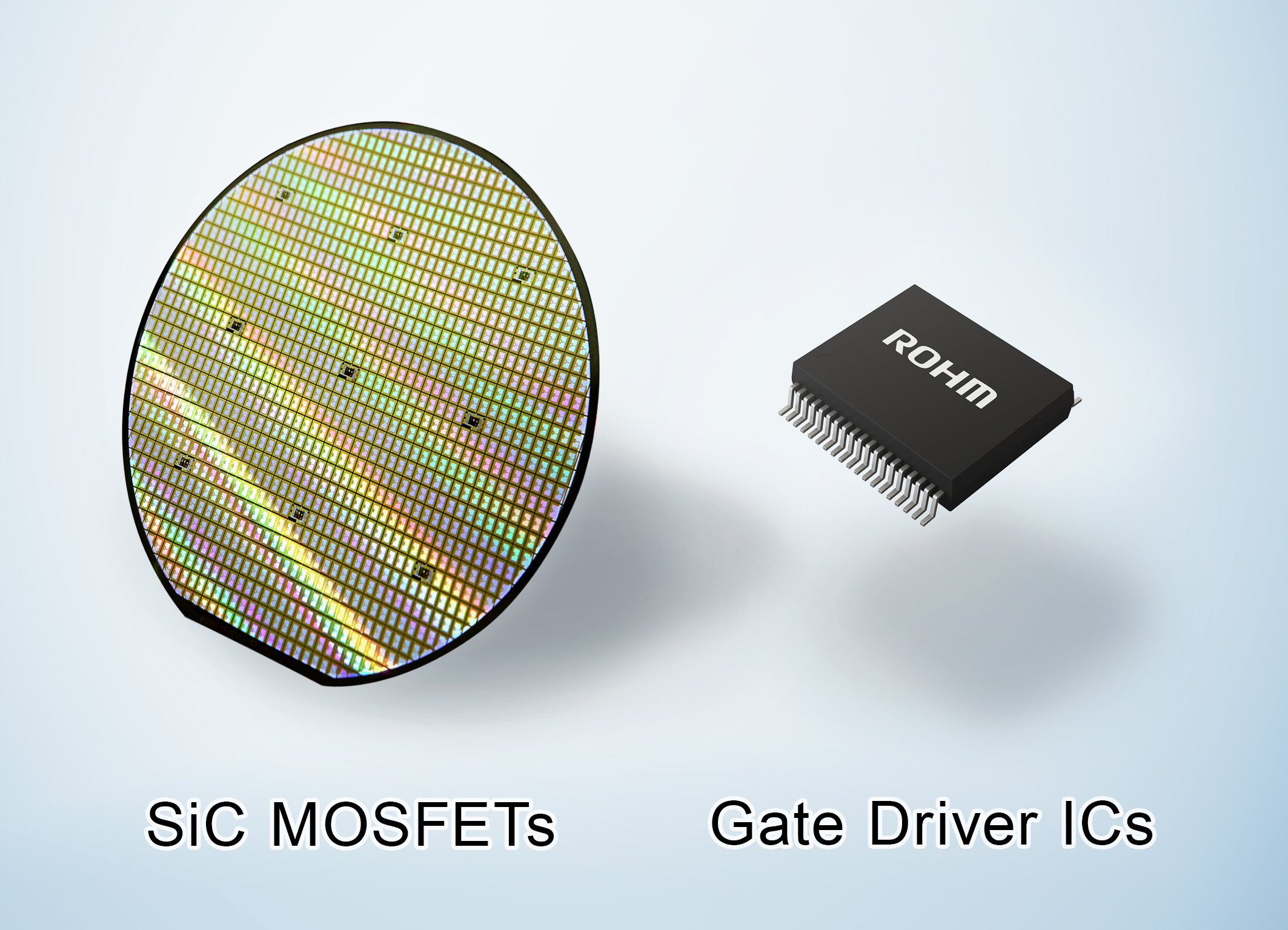 As the electrification of cars rapidly advances towards achieving a decarbonized society, the development of electric powertrain systems that are more efficient, compact, and lightweight is currently underway. Especially for EVs, the inverter, which plays a central role in the drive system, needs to be made more efficient to extend the cruising range and reduce the size of the onboard battery, increasing the expectations for SiC power devices.

As the first supplier in the world to begin mass production of SiC MOSFETs in 2010, ROHM continues to develop market-leading SiC power device technologies. Among these are ROHM’s latest fourth generation SiC MOSFETs that deliver improved short-circuit withstand time, along with the industry’s lowest ON-resistance, making it possible to extend the cruising range of electric vehicles by reducing power consumption 6% vs. IGBTs (as calculated by the international standard WLTC fuel efficiency test) when installed in the main inverter.

At the same time, Hitachi Astemo, which has been developing advanced technologies for vehicle motors and inverters for a number of years, already enjoys a considerable track record in the increasingly popular EV market. However, this marks the first time SiC devices will be adopted for the main inverter circuit to further improve performance. The inverters are slated to be supplied to automakers from 2025, starting in Japan then expanding overseas.

Going forward, as a leading supplier of SiC power devices, ROHM will continue to strengthen its lineup and provide power solutions that contribute to technical innovation in vehicles by combining peripheral device technologies such as control ICs designed to maximize performance.