Amendments based on experts' recommendations 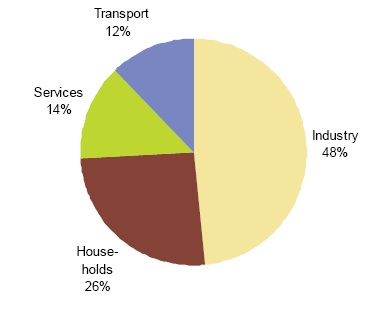 The Russian government has approved a wide-ranging package of amendments to existing legislation in the country's stalled energy-efficiency strategy. Changes unveiled late last week, reports The Moscow Times, include amendments to the laws regulating state guarantees to lower the minimum possible credit that regional governments and organisations are able to take out, greater focus on energy efficiency in the transportation and industrial spheres, and replacement of obligatory energy performance audits by mandatory measures. Largely based on recommendations drawn up at an experts conference in April in Yekaterinburg, these are meant to kick-start the 2009 Energy Efficiency Law that targets Russia's energy consumption being slashed on 2007 levels by 40% of GDP by  2020. Every government agency is also required to carry out audits of its energy consumption and each regional government is to draw up an energy-efficiency strategy. It is said energy consumption in the public sector has fallen 14% since 2007. But some estimate about 50% of organizations charged to produce an energy audit will fail to do so by the end of year deadline, and that many of the audits produced are of poor quality and not suitable for practical use. Moscow Times report