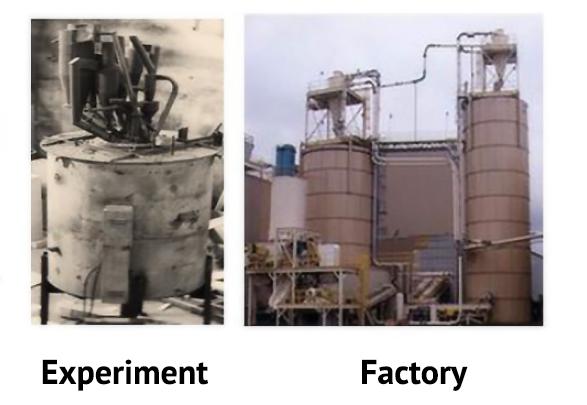 Bituminous coal comprises over 90% of organic fuels in the lithosphere of the Earth. By burning coal and other fossil fuels one can get electrical power (which is mainly happening at HPPs). However, the existing generation methods are not efficient, bad for the environment, and extremely resource-demanding (i.e. producing a lot of waste). Coal production and burning lead to soil and air pollution and adversely influence flora and fauna.

If fossil fuels could be directly converted into electrical energy, this would simplify and at the same time improve the structure of electrical power plants. Such direct conversion is possible with the use of electrochemical generators fueled with natural gas or mixtures with similar composition.

The team of scientists suggested an unusual scheme for the production of syngas (a mixture of hydrogen and carbon monoxide that is used as a replacement for natural fuels) from bituminous coal and analyzed the efficiency of its use in an electrochemical generator. It turned out that the new development may be used instead of coal burning that is environmentally unfriendly and non-productive and make the process greener and waste-free. All products generated by the new unit may be either liquefied and buried or used in the manufacturing of industry-important substances such as ethanol, ethylene, or other hydrocarbons.

"Our task was to replace a unique product - natural gas - with bituminous coal simultaneously improving energy and ecological characteristics of the units compared to the existing coal power plants. The technology proved to be very effective in joint generation of electrical and heat energy, while the configuration of the unit is much simpler," said Sergey Schecklein, a co-author of the article, doctor of technical sciences, head of the Department of Nuclear Power Plants and Renewable Energy Sources of Ural Power Engineering Institute, UrFU.

Syngas was generated in a unit with a boiling layer developed at UrFU under the guidance of professor Alexey Dubinin. It increases the intensity of reactions multiple times leading to the manufacture of a cleaner final product. After its purification the scientists put the product into a high-temperature solid oxide fuel cell where electrical energy was generated as a result of a reaction between hydrogen and oxygen in the air. The remaining hydrogen and carbon monoxide were transferred to a waste heat boiler where heat energy required for the technological process and generators was produced in the course of a burning reaction. WHB combustion products contain no cinder or sulfur and therefore no deep purification is needed.

The work consisted of two stages: a theoretical and an experimental one. During the first stage the scientists considered energy, physical, and chemical processes that take place in the suggested unit scheme and determined its main energy characteristics. Scientists also pointed out that the suggested technological scheme provided for the same fuel efficiency characteristics as cutting-edge solutions using fuels in short supply, such as oil and gas.

On the experimental stage of the work scientists obtained syngas from coal fuel. It is a quite energy-intensive and easily transportable material. The authors studied the composition of the gas in a wide range of regimes and found out the area of maximum boiling layer stability and efficient gas generation.

Research in this area is being carried out all over the world with the USA, China, and Germany among the leaders. Still, the Russian solution is unique. Right now the team negotiates the development of demo units with industry partners. The next step will be the scaling of the unit and the launch of its mass production.

"The obtained results may lay the ground for the new energy sector of the 21st century," concluded the scientist.