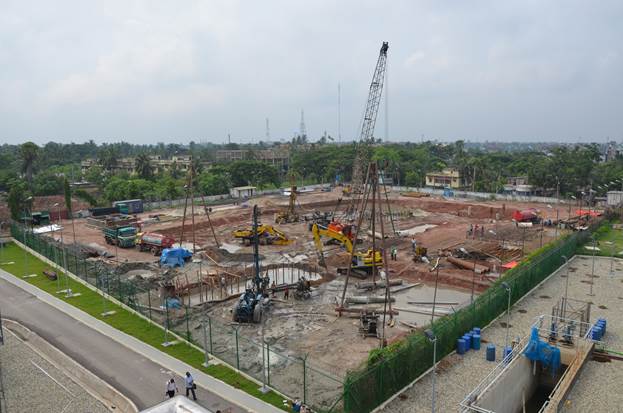 Bangladesh, with a population of 152 million is enjoying booming economic growth, rapid urbanisation and increased industrialisation and development that has increased the country's demand for electricity. Presently, 68 percent of the country’s population has access to electricity and per capita generation is 348 kWh (including renewable energy), which is very low compared to other developing countries. The country’s total installed generation capacity is currently 10,600 MW. However as part of its objective of ‘electricity for all’ the government has prepared its Power System Master Plan 2010 (PSMP). This states that in 2030 Bangladesh’s power demand will be around 34,000 MW while the generation capacity will be about 39,000 MW.

Each large battery for the Khulna project will comprise 175 Saft SBLE700 cells with a nominal capacity of 700 Ah to provide autonomous power if the main plant power supply is interrupted. Deliveries will take place mid-2015.

“The Khulna project for Shanghai Electric Group is an important step that continues Saft’s growth within China’s industrial standby sector as well as maintaining our already strong position in the international power plant market,” says Xavier Delacroix, General Manager of Saft’s Industrial Battery Group Division. “This success is based on our broad range of well-proven battery products that meet every backup need, from high power to high energy.”

SBLE batteries for optimized Total Cost of Ownership (TCO)
Saft SBLE nickel-based block batteries have been developed specifically for backup power and bulk energy storage applications that require long discharge times (typically 3 to 100 hours). They are designed to operate over a wide range of temperatures, while resisting electrical abuse, shock and vibration and require only basic maintenance, offering an optimised TCO (Total Cost of Ownership) over a life cycle of 20 years or even longer