Sampling of Quantum States of Light in a Silicon Chip 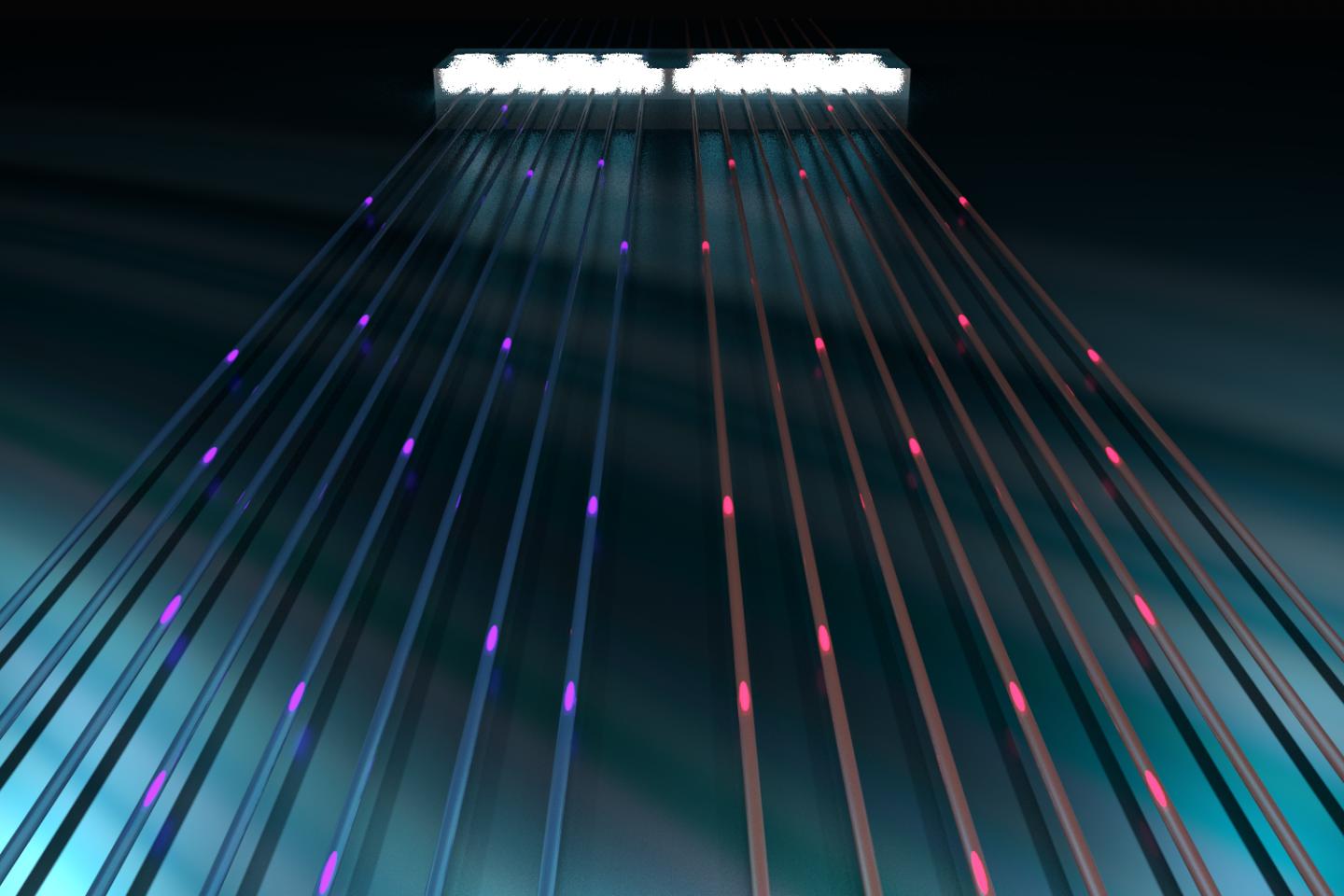 By exploring complex integrated circuits, photonic states can be generated and processed at larger scales.

Scientists from the University of Bristol and the Technical University of Denmark have found a promising new way to build the next generation of quantum simulators combining light and silicon micro-chips.

The first is the capability of building large quantum circuits able to process the information on a massive scale, and the second is the ability to create a large number of single quantum particles that can encode and propagate the quantum information through such circuits.

Both these two requirements need to be satisfied in order to develop an advanced quantum technology able to overcome classical machines.

A very promising platform to tackle such challenges is silicon quantum photonics. In this technology, the information carried by photons, single particle of lights, is generated and processed in silicon micro-chips.

These devices guide and manipulate light at the nanoscale using integrated waveguides - the analogue of optical fibres at the nanometre-scale.

In the University of Bristol's Quantum Engineering Technology (QET) Labs, the team have recently demonstrated silicon photonic chips embedding quantum interferometres composed of almost a thousand optical components, orders of magnitude higher that what was possible just few years ago.

However, the big question that remained unanswered was if these devices were also able to produce a number of photons large enough to perform useful quantum computational tasks. The Bristol-led research, published today in the journal Nature Physics, demonstrates that this question has a positive answer.

By exploring recent technological developments in silicon quantum photonics, the team have demonstrated that even small-scale silicon photonic circuits can generate and process a number of photons unprecedented in integrated photonics.

In fact, due to imperfections in the circuit such as photon losses, previous demonstrations in integrated photonics have been mostly limited to experiments with only two photons generated and processed on-chip, and only last year, four-photon experiments were reported using complex circuitry.

In the work, by improving the design of each integrated component, the team show that even simple circuits can produce experiments with up to eight photons, double than the previous record in integrated photonics. Moreover, their analysis shows that by scaling up the circuit complexity, which is a strong capability of the silicon platform, experiments with more than 20 photons are possible, a regime where photonic quantum machines are expected to surpass the best classical supercomputers.

In particular, by reconfiguring the type of optical non-linearity in the chip, they demonstrated that silicon chips can be used to perform a variety of quantum simulation tasks, known as boson sampling problems.

For some of these protocols, for example the Gaussian Boson Sampling, this new demonstration is a world-first.

The team also demonstrated that, using such protocols, silicon quantum devices will be able to solve industrially relevant problems. In particular, they show how the chemical problem of finding the vibrational transitions in molecules undergoing an electronic transformation can be simulated on our type of devices using Gaussian Boson Sampling.

"The development of such quantum machines can have potentially ground-breaking impacts on industrially relevant fields such as chemistry, molecular designing, artificial intelligence, and big-data analysis.

"Applications include the design of better pharmaceutics and the engineering of molecular states able to generate energy more efficiently."

Co-author, Dr Raffaele Santagati, added: "The results obtained make us confident that the milestone of quantum machines faster than any current classical computers is within reach of the integrated quantum photonics platform.

"While it is true that also other technologies have the capability to reach such regime, for example trapped ions or superconducting systems, the photonics approach has the unique advantage of having the near-term applications we investigated. The photonic path, although perilous, is set, and is very much worth pursuing."

Professor Anthony Laing, Associate Professor of Physics at Bristol supervised the project. He said: "In quadrupling the number of photons both generated and processed in the same chip, the team have set the scene for scaling up quantum simulators to tens of photons where performance comparisons with today's standard computing hardware become meaningful."