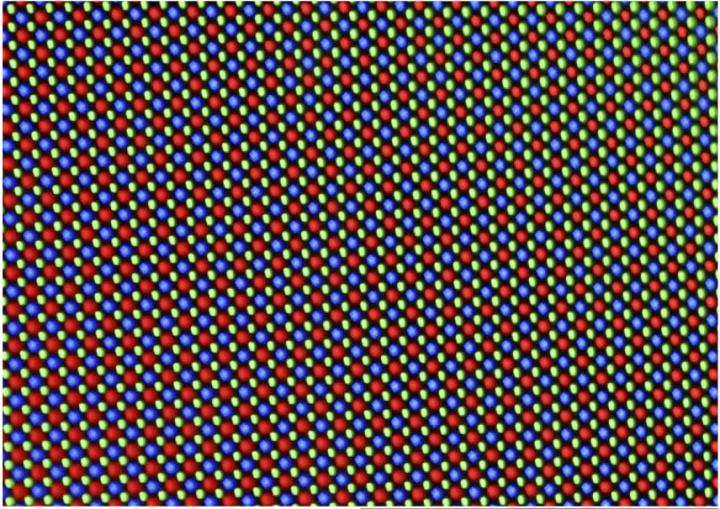 An array of multi-colored LEDs periodically arranged to give off visible light as shown above; a combination of InGaN based red, blue, and green LEDs is essential to cover lighting demands efficiently in the entire visible spectrum

Researchers from the Low Energy Electronic Systems (LEES) Interdisciplinary Research Group (IRG) at Singapore-MIT Alliance for Research and Technology (SMART), MIT's research enterprise in Singapore, together with Massachusetts Institute of Technology (MIT) and National University of Singapore (NUS) have found a method to quantify the distribution of compositional fluctuations in the indium gallium nitride (InGaN) quantum wells (QWs) at different indium concentrations.

InGaN light emitting diodes (LEDs) have revolutionised the field of solid-state lighting due to their high efficiencies and durability, and low costs. The colour of the LED emission can be changed by varying the indium concentration in the InGaN compound, giving InGaN LEDs the potential to cover the entire visible spectrum. InGaN LEDs with relatively low indium amounts compared to gallium, such as the blue, green, and cyan LEDs, have enjoyed significant commercial success for communication, industry and automotive applications. However, LEDs with higher indium concentrations, such as the red and amber LEDs, suffer from a drop in efficiency with the increasing amount of indium.

Currently, red and amber LEDs are made using the aluminium indium gallium phosphide (AlInGaP) material instead of InGaN due to InGaN's poor performance in the red and amber spectrum caused by the efficiency drop. Understanding and overcoming the efficiency drop is the first step towards developing InGaN LEDs covering the whole visible spectrum that would significantly reduce production costs.

"The [origin of the] efficiency drop experienced in higher indium concentration InGaN LEDs is still unknown to this date," says co-author of the paper, Professor Silvija Gradecak from the Department of Materials Science and Engineering at NUS and Principal Investigator at SMART LEES. "It is important to understand this efficiency drop to create solutions that will be able to overcome it. In order to do so, we have designed a method that is able to detect and study the compositional fluctuations in the InGaN QWs to determine its role in the efficiency drop."

Tara Mishra, lead author of the paper and SMART PhD Fellow said, "This method developed and used in our research is of general applicability and can be adapted to other materials science investigations where compositional fluctuations need to be investigated."

"The method that we developed can be widely applied and provide significant value and impact on other materials science studies, where atomistic compositional fluctuations play an important role in material performance," said Dr Pieremanuele Canepa, co-author of the paper and Principal Investigator at SMART LEES and also Assistant Professor from the Department of Materials Science and Engineering, and Department of Chemical and Biomolecular Engineering at NUS. "The understanding of the atomic distribution of InGaN at varying indium concentrations is key to developing next-generation full-colour displays using the InGaN LED platform."

The research found that the indium atoms are randomly distributed in a relatively low indium content InGaN. On the other hand, partial phase separation is observed in higher indium content InGaN, where random compositional fluctuations are concurrent with pockets of indium-rich regions.

The findings advanced the understanding of the atomic microstructure of the InGaN and its potential effect on the performance of LEDs, paving the way for future research to determine the role of compositional fluctuations in the new generation of InGaN LEDs and design strategies to prevent the degradation of these devices.