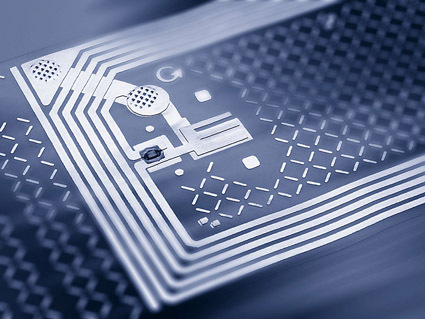 Infineon Technologies and NXP Semiconductors Germany, both manufacturers of security ICs, and the secure-chip card system specialist Giesecke & Devrient are investigating how future generations of electronic identification documents can be made more secure and efficient. The three companies form the German consortium New P@ss, a research project funded by the BMBF (Federal Ministry of Education and Research) in which a total of 15 companies from five EU countries are taking part. These include ams, Enso Detego, GS1, EPCGlobal, METRO, Carrefour, SAP, Auto-ID Labs, British Telecom, Siemens, FH Joanneum Kapfenberg, ETH Zürich, and KU Leuven. Nanoelectronics and information technology are focus areas supported by BMBF within the New P@ss research project. The objective is to create data structures and new security chip architectures for modern electronic ID. In the future, these should facilitate the secure administration of electronic data in such documents, including the updating of personal details as well as the storage of additional information such as arrival and departure data. Another focus area of the research in the NewP@ss project is the secure use of digital ID documents in mobile applications for smart phones and tablet computers. The research will consider open architectures such as Android, Windows Phone, and iOS. The objective is to test new mechanisms for secure eGovernment transactions, for example on the basis of a standardized security platform (Trusted Execution Environments). The primary focus is on contactless communication with a Secure Element, the mobile authentication of the user, as well as secure and confidential input and output and storage of user data. The total volume of the New P@ass research project is about €30 million. Half of this will be provided by the business and industry partners, and the other half will be funded by the national governments. The German share amounts to about € 8.7 million. The BMBF has funded about €4 million and is one of the most important sponsors in the area of the German government's high-tech strategy in the IKT 2020 support program. All of the 27 EU countries with around 500 million inhabitants currently issue biometric travel documents. Seventeen European countries are already using electronic identification cards. Since 2006, a total of more than 400 million electronic travel documents have been distributed in 108 countries worldwide. Other European countries have announced that that they, too, intend to introduce electronic ID cards that adhere to international standards. Infineon NXP Semiconductors Giesecke & Devrient BMBF (Federal Ministry of Education and Research)