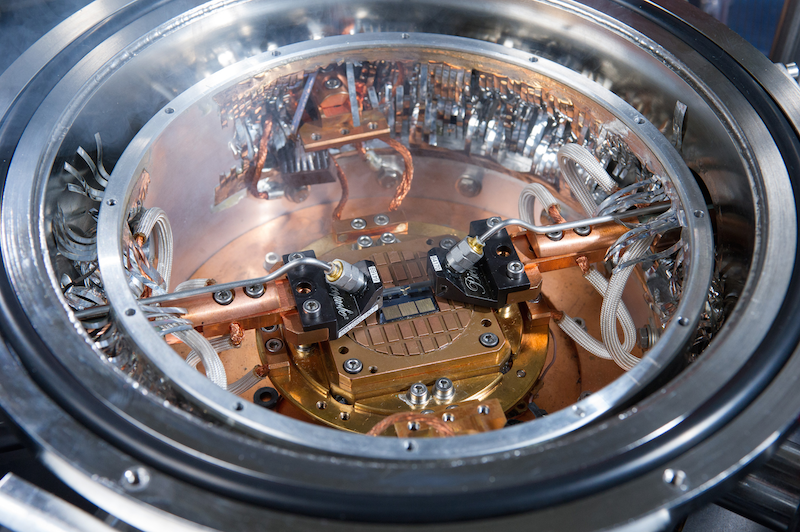 A research collaboration consisting of IHP-Innovations for High Performance Microelectronics in Germany and the Georgia Institute of Technology has demonstrated the world's fastest silicon-based device to date. The investigators operated a silicon-germanium (SiGe) transistor at 798 gigahertz (GHz) fMAX, exceeding the previous speed record for silicon-germanium chips by about 200 GHz. Although these operating speeds were achieved at extremely cold temperatures, the research suggests that record speeds at room temperature aren't far off, said professor John D. Cressler, who led the research for Georgia Tech.

"The transistor we tested was a conservative design, and the results indicate that there is significant potential to achieve similar speeds at room temperature — which would enable potentially world changing progress in high data rate wireless and wired communications, as well as signal processing, imaging, sensing and radar applications," said Cressler. "Moreover, I believe that these results also indicate that the goal of breaking the so called 'terahertz barrier' — meaning, achieving terahertz speeds in a robust and manufacturable silicon-germanium transistor — is within reach."

Meanwhile, Cressler added, the tested transistor itself could be practical as is for certain cold-temperature applications. In particular, it could be used in its present form for demanding electronics applications in outer space, where temperatures can be extremely low. Read more.