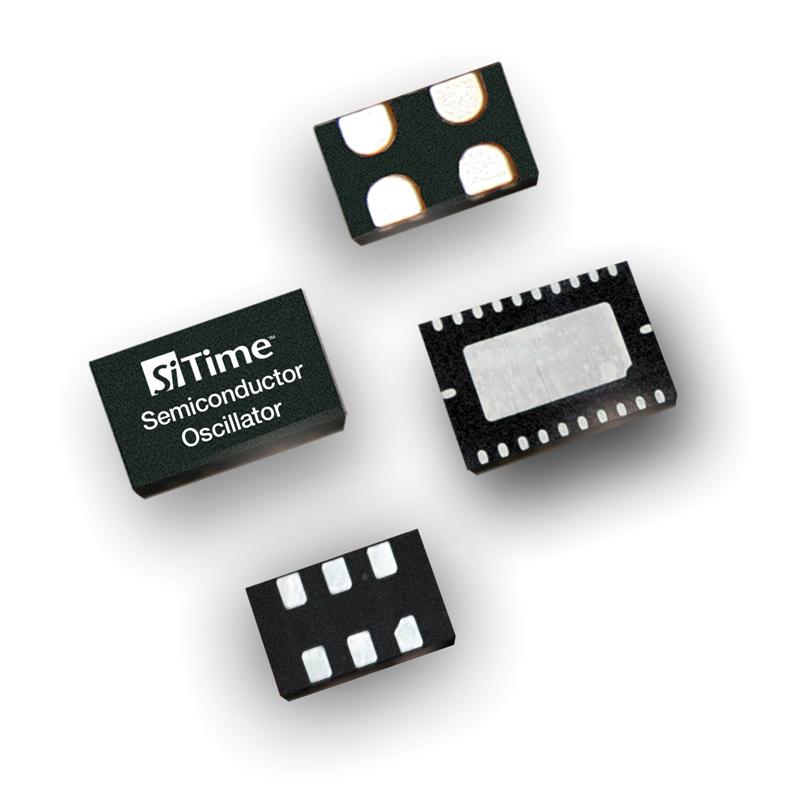 SiTime Corporation, the leader in MEMS-based silicon timing solutions, today introduced the SiT8004, the industry's lowest power high frequency oscillator. The SiT8004 reduces oscillator power consumption by up to 66% and is ideally suited for high performance networking, video, computing and storage applications. "Reducing energy usage is a key goal of electronics manufacturers," said Piyush Sevalia, vice president of marketing for SiTime. "Typically, quartz oscillator suppliers do not have analog circuit expertise as they buy their oscillator die from semiconductor providers. Therefore, they have not been able to deliver low power devices for high frequency applications. SiTime uniquely has both resonator and analog circuit expertise, enabling us to integrate and deliver compelling features to our customers. The SiT8004 is an excellent example of this expertise: not only does it reduce oscillator power consumption by up to 66%, but it is also a drop-in replacement for quartz oscillators, which allows system vendors to reduce energy usage with zero design effort." The SiT8004 MEMS-based programmable oscillator features 6.7mA of typical current consumption at 125MHz, which is up to 66% lower than that of a standard crystal oscillator. In addition to supporting any frequency between 125 MHz and 150 MHz, it is also available in popular, pre-configured options such as: