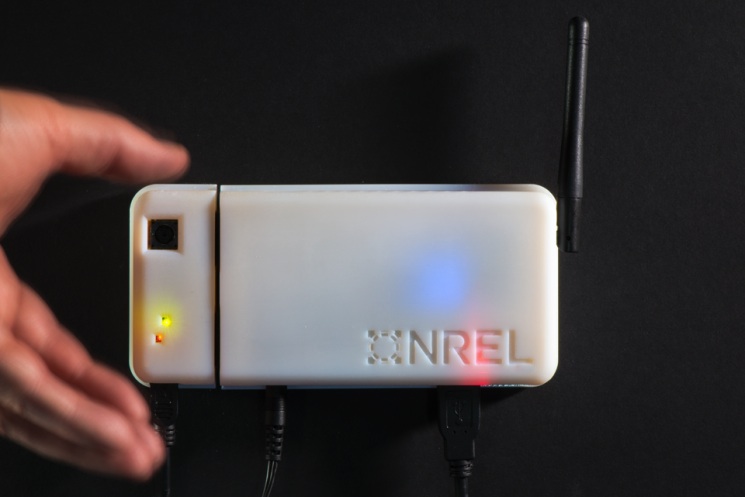 At an estimated cost of $38 billion a year, lighting represents the largest source of electricity consumption in U.S. commercial buildings. For nearly 30 years, commercial buildings have relied on motion occupancy sensors -- a technology that a study has found can only accurately detect people about 75 percent of the time -- to control lighting and reduce energy costs. But now researchers at the Energy Department's National Renewable Energy Laboratory (NREL) have developed a low-cost smart sensor that raises the accuracy of detecting people to the upper 90 percent range according to initial studies -- an advancement that could lead to enormous energy savings in commercial buildings. How did NREL researchers achieve this dramatic increase in accuracy? They borrowed from a technology that most of us use on a daily basis -- the smartphone -- to go beyond mere motion detection and add optics to occupancy sensors. This breakthrough is so significant that the new sensor -- called the Image Processing Occupancy Sensor or IPOS for short -- was recently recognized by R&D Magazine as one of the 100 most outstanding technology developments of 2013. The size of a stick of gum, IPOS combines an inexpensive camera with a high-speed microprocessor and algorithms to detect movement and human presence in a room. It can also count the number of people in a room, document their location and register their activity level with a potential range of up to 100 feet away. And because IPOS is based on mass-produced technology already on the market, it can be made economically. While IPOS is currently available for companies to license, researchers estimate it will likely sell for $100-200 when produced commercially. But IPOS isn't just a breakthrough for lighting controls. It also has the potential for use in regulating a building's airflow for ventilation. Currently, buildings are required to provide the minimum amount of airflow necessary to supply ventilation for a fully occupied room even when no one is in the room. By counting the number of people in a room, IPOS could provide the information necessary to adjust airflow based on a room's occupancy. When used to control both airflow and lighting, occupancy sensors similar to IPOS could cut a large building's energy use by 18 percent on average, according to a new report from the Pacific Northwest National Laboratory. Department of Energy