Solar industry insiders have declared this "The Year for Power Optimization." Distributed electronics like maximum power point tracking (MPPT) power optimizers and microinverters are growing in popularity because of their ability to increase the energy-generating capacity, or energy harvest, of solar arrays. These electronics bring a brand-new intelligence to solar energy generation with power-optimizing electronics bringing a faster return on investment (ROI) for system owners by recovering and using power otherwise lost due to shading, mismatch effects or other obstructions. For example, Azuray power optimizers harvest up to 99.2 percent of the available energy from mismatched modules, resulting in an overall increase in energy production. Typical energy increases range from five percent to more than 25 percent. With this increase in energy harvest, system owners draw less energy from the grid and enjoy a higher energy savings over the life of their photovoltaic (PV) array. Companies who are committed to high quality, long life and extreme reliability offer their customers greater increases in energy harvest and higher confidence that ROI forecasts remain consistent over time. With a growing variety of power optimization solutions on the market, understanding which key factors play critical roles in system performance and reliability is crucial. At Azuray Technologies, we emphasize the following key factors to ensure that extreme reliability is maintained throughout our AP line of power optimizers. Temperature Range According to the standard thermal acceleration of failure rate, the failure rate for a given component doubles for every 10-degree increase in temperature. Therefore, for every 10 degrees of operational rating in the same environment, the failure rate for a part at a specific temperature is cut in half. A +105°C rated part has four times the reliability of an +85°C rated part, at any given temperature. Likewise, a +125°C rated part has 16 times the reliability of a +85°C rated part. Heating an electronic device above its temperature rating significantly stresses and, in some cases, over-stresses the power optimization components. This risks the PV array's ability to increase energy harvest. Thus, a component's temperature rating can fundamentally affect the reliability of both the component itself and the entire product. The common temperature range for companies offering power optimizers or microinverters is -40°C to +70°C. However, dark-colored roofs in the sweltering sun sometimes exceed that range and soar to temperatures of +85°C. Because these products are made of commercial/industrial-grade components rated at +85°C, they have at most a 15-degree margin between their manufacturer-specified rating and the thermal limits of the +85°C components. Despite that narrow margin, many manufacturers still use +85°C rated components in their power optimizers and microinverters. Though these inferior parts may reduce the initial cost to system owners, they may also degrade system efficiency and performance. Ultimately this increases long-term costs, through replacement and repairs. At Azuray Technologies, we believe the use of +85°C rated parts can diminish the extreme reliability of our power optimization products, so we exclude them from the mission-critical applications of our Azuray AP products. Instead, we use the most rugged and highest-capability components available. These are typically automotive/military-grade components designed for the high temperatures (+105°C and +125°C) and high stresses of the automotive, aerospace and military industries. Using the highest-capability parts provides lower stress ratios on components in Azuray products than those of its competitors. This directly improves lifetime product failure rates as well as product durability and safety in stressful conditions. 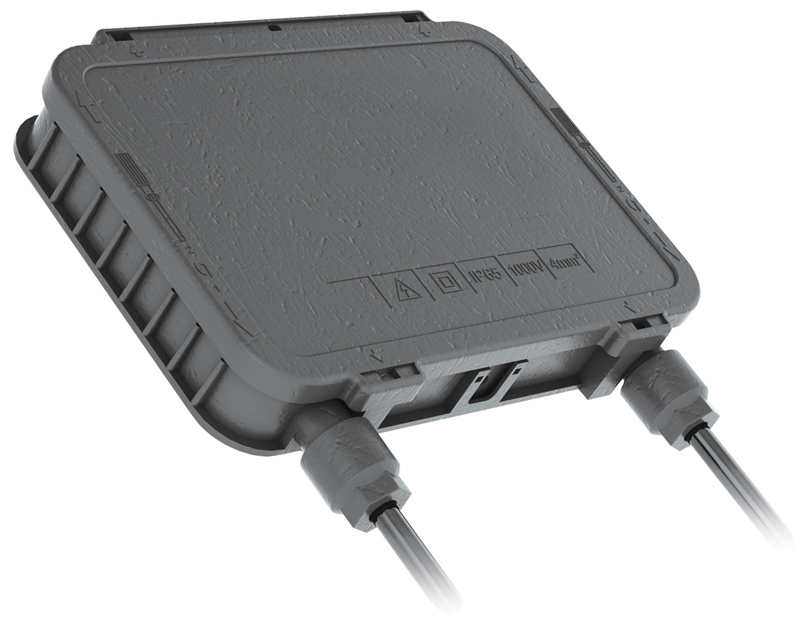 Component Derating Component derating guidelines were developed in the 1960s by NASA and military suppliers as a way to enhance the reliability of systems by operating components below design specifications. Azuray agrees with industry experts that employing U.S. Department of Defense-based derating in circuit construction makes circuits more reliable and improves their performance. Derating guidelines are not industry requirements and are not typically implemented when +85C components are used in solar power applications. Azuray is committed to following strict derating guidelines as provided by the Reliability Information Analysis Center (RIAC), a U.S. Department of Defense Technical Center. Azuray's product designs meet or exceed the level of component stress derating recommended for mission-critical and long-life military/aeronautical applications. In addition, we have identified other potential risks to a fault-free, 25-year life for our products and, in many cases, have added derating for specific components that result in more robust and durable products in our AP line. AFR over MTBF To ensure the extreme reliability of our AP product line, we uphold a company philosophy that Annualized Failure Rate (AFR) is a more informative indication of reliability than Mean Time Between Failure (MTBF). Other power optimization electronics manufacturers may publish their highest MTBF rate as a way to establish a perception of reliability. However, we find MTBF as a metric of reliability to be disingenuous and misleading because it is often portrayed as an indication of "how long it will last." In fact, MTBF is an expression of the constant failure rate and does not predict when a specific item will fail. By definition, there is a greater-than-50-percent probability that any given item will fail by the time the MTBF is reached, making it a poor predictor of useful life. Azuray instead takes the predicted lifetime from a simulation (MTBF) and generates an AFR to estimate the reliability over the useful life of the product based on actual, measured field conditions (mission profiling). Design Margin Another critical aspect of the extreme reliability of the AP product line is Azuray's utmost attention to design margin. Margin is the degree to which a product is designed to handle stress above its operating environment. The higher the design margin, the more robust the product. Having superior design margin due to component selection and aggressive derating vastly reduces the risk of failure when temperatures rise above the product's +70°C rating. Through Highly Accelerated Life Tests (HALT) and component selection, Azuray is able to show the AP product line has the capability to operate well beyond the stated range of operation. In fact, during the final HALT series, the AP300 evidenced a design margin so high it reached the thermal and vibration limits of the test chambers without failing. With test chambers reaching +120°C, this represents a significant design safety margin beyond the specified product operating limits. High-quality components, high temperature limits, superior margins and strong reliability models are all key factors in designing solar power optimization products that exhibit extreme reliability over their lifespan. These essential considerations indicate if products have been designed with long-term reliability as a primary requirement or not. When they have, they can be trusted to last as long as the solar modules they serve. www.azuraytech.com