Space, but not as we know it - the new space race

Not all electronic components need to be fully radiation hardened to go into space. 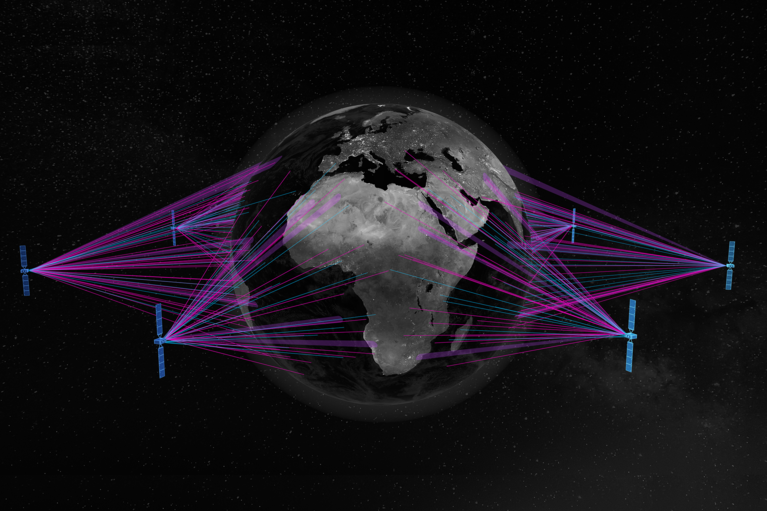 Designing for space applications used to be really difficult and very expensive. At the beginning of our exploration of space, spacecraft and satellites cost a huge amount of money, which at that time meant that only the largest companies and government organisations could afford to put manned vehicles and satellites into space. The expense of building the vehicle and launching it meant that a failure would be catastrophic, financially and in some cases politically or in terms of human life. It was better to plan for the worst case and spend extra to give the launch the greatest chance of success than to cut corners and fail.

That type of philosophy has continued throughout the years. Components were either designed for the worst that space conditions could throw at it or not for space at all. But all space is not equally threatening. The Van Allen belts afford us some protection from the worst extraterrestrial conditions. Many space vehicles have to move past that protected zone to function correctly – for example, geosynchronous satellites require a high-earth orbit that is outside the Van Allen Belts. These type of satellites require full protection from all types of radiation. However low earth orbit (LEO) and medium earth orbit (MEO) satellites are not exposed to the worst background radiation from deep space and are more at risk from single-event effects, which are mainly caused by cosmic rays and high energy protons.

LEO and MEO satellites can operate alone, or as part of a constellation to provide full earth coverage. Historically there were so few of these satellites that there was really no reason to think of any other way of doing things. For example, the satellite location technology we use, GPS, Galileo and Glonass, are in a medium earth orbit that only requires 24 satellites each to provide positioning coverage for the entire globe.

However, over the last few years, that space landscape has been changing. As capable as our global positioning systems are, they don’t require very large bandwidths or ultra-low latency. Many applications in development do require those traits, and the latency is directly proportional to distance from earth. Thousands of low earth orbit (LEO) and medium earth orbit (MEO) satellites are currently being designed to fulfil those needs. New projects, such as Amazon’s Project Kuiper, are planned to have over 3,000 satellites. To put that into context, in 2014 there were only 1,400 satellites in total orbiting the earth.

These new projects are pretty different from what has gone before. They form large networks to provide full earth coverage from lower orbits. If one or two satellites malfunction, the constellation can be reconfigured to continue to have complete coverage. Their applications are also different. Instead of sending back small amounts of data for positioning etc., they are intended to push around very large amounts of data for applications such as proving broadband communications to remote locations. These applications require the latest high-performance ASICs to process that data. As for similar earth-based applications, the ASICs need power supplies that are capable of outputting very high currents at low voltages. They are also under the same physical limitations as their terrestrial counterparts, with satellite designers looking for small and light solutions.

Vicor is a long time partner of Boeing, and the aerospace company approached it with a request to develop a power supply that would be suitable for its new generation of satellites. The DC/DC converter would need to be capable of powering low-voltage ASICs of up to 300 watts from a 100V nominal power source, while being small, light and have the ability to withstand 50 kilorad of total ionizing dose and be immune to single-event upsets. For the immunity to single-event upsets, Vicor decided to employ a redundant architecture, with two identical powertrains in parallel, along with a fault-tolerant controller IC, fabricated in the company’s high-density plated SM-ChiP package. Vicor already had controller IP that had been designed for another task, which after testing was found to be suitable for the satellite application.

Boeing’s requirements for the power solution also specified that it had to be low noise to prevent interference. Vicor used its soft-switching, high-frequency ZCS/ZVS power stages within metal-shielded ChiPs to provide power that complied with the required noise level. The full power-source-to-point-of-load solution consisted of four SM-ChiPs: the BCM3423, a 100V nominal, 300 watt K = 1/3 bus converter in a 34 x 23mm package; the PRM2919, a 33V nominal 200W regulator in a 29 x 19mm package; and two VTM2919 current multipliers, a K = 1/32 with an output of 0.8V at 150A and a K = 1/8 with an output of 3.4V at 50 amps. The solution powers the ASIC directly from the 100V power source with minimal external components.

All of the modules are available in the Vicor high-density SM-ChiP package with BGA connections. Operating temperature for the ChiPs is from -30 to 125°C. Vicor has now released the modules for sale to other satellite developers.

The Vicor power solution is planned to go into orbit in the new Boeing-manufactured O3b mPOWER satellite in the latter half of this year. O3b mPOWER is a communications satellite system owned and operated by SES S.A., a Luxemburg-based satellite and terrestrial telecommunications network provider of video and data connectivity to broadcasters, content and internet service providers, mobile and fixed network operators, governments and institutions.