SunShot Catalyst demo day comes to San Francisco in May 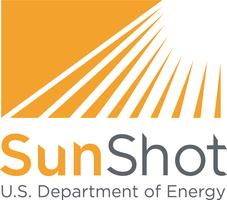 The SunShot Catalyst prize competition connects American innovators to the tools, capabilities, data assets, and resources developed by the Energy Department and its national laboratories. The competition leverages each of these assets to launch cutting-edge solar companies and tackle time-sensitive market challenges. Catalyst’s open, fast-paced innovation cycle enables crowdsourced engagement and builds partnerships with the nation’s growing networks of technology mentors, incubators, and accelerators to reduce solar soft costs that can quickly be tackled with data, apps, and automation.

In February, SunShot competitively selected 17 early-stage teams to move forward to the prototyping phase of the Catalyst competition. The selected teams are currently running coding competitions which will wrap up later this month. Each team is using Appirio's TopCoder crowdsourcing development platform to access hundreds of thousands of designers, developers, and technical talent that are helping them build their minimum viable products.

On May 14, the teams will publically demonstrate their products during Demo Day for a chance to win up to $500,000 in cash prizes to advance their early stage solutions toward the next stage of commercialization. A panel of judges will review their product, business plan and progress throughout the competition to assist the Department in selecting up to five teams to receive $30,000 on the spot and up to an additional $70,000 as they meet performance milestones in their business plans over the next six months.

What is Demo Day?
SunShot is hosting Catalyst Prize Demo Day, a public event where the 17 selected teams will showcase their new products and solutions and pitch a panel of investors and judges for a chance to win up to $500,000 in cash prizes. Winners will be announced at the end of demo day. Check out some of the great coverage Catalyst has received in past months: TechCrunch, Gigaom, and Clean Technica.

Why YOU should attend!
You will have the opportunity to contribute comments, ideas, and recommendations during each team’s demonstration and pitch via interactive polling. You’ll also have the opportunity to build relationships and network with a large community of innovators, mentors, investors, students and technologists in attendance. At Demo Day, SunShot will announce details on how to participate in the next round of the Catalyst prize competition.