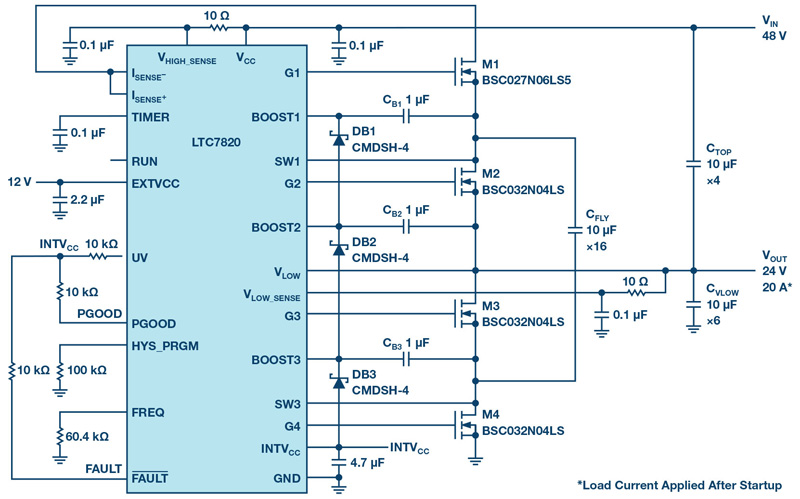 The power density of a dc-to-dc converter is generally limited by bulky magnetic components, especially in applications where the input and output voltages are relatively high. Inductor/transformer size can be reduced by increasing the switching frequency, but this reduces converter efficiency because of switching-related losses. It is better to eliminate the magnetics altogether with an inductorless switched capacitor converter (charge pump) topology. Charge pumps can increase power density as much as 10× over a conventional converter without sacrificing efficiency. Instead of an inductor, a flying capacitor stores and transfers theenergyfrominputtooutput.Despitetheadvantagesofchargepump designs, switched capacitor converters are traditionally limited to low power applications, due to the challenges presented in startup, protection, gate drive, and regulation.

The LTC7820 is a fixed-ratio, high-voltage, high-power switched capacitor controller that yields small and cost-effective solutions for high-power, non-isolated intermediate bus applications with fault protection. The LTC7820’s features include:

Since there is no inductor used in the circuit, all four MOSFETs are soft switched, greatly reducing switching-related losses. The converter can achieve high efficiency as shown in Figure 3, where the peak efficiency is 99.3% and the full load efficiency is 98.4%. The thermograph in Figure 4 shows a balanced thermal design with a hot spot temperature about 82.3°C in an ambient environment of 23°C and no forced airflow. 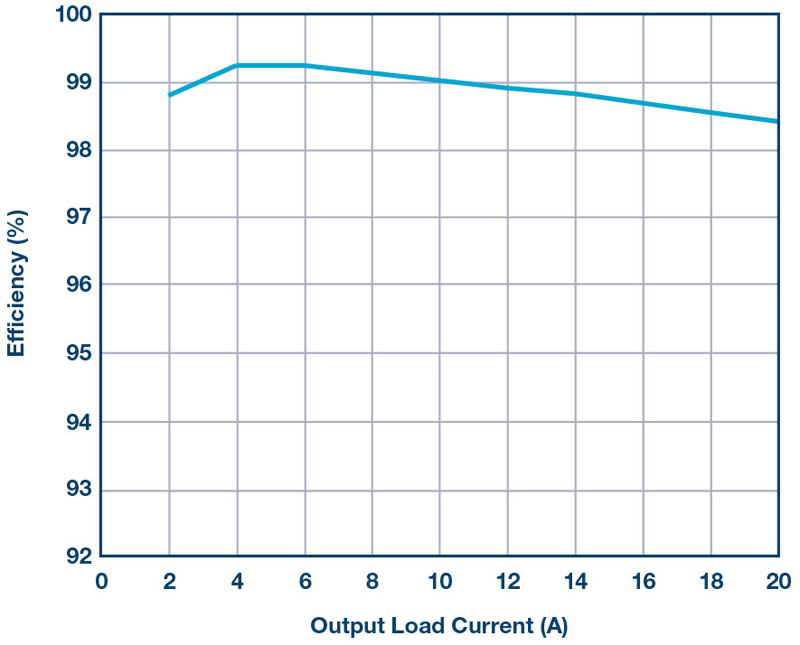 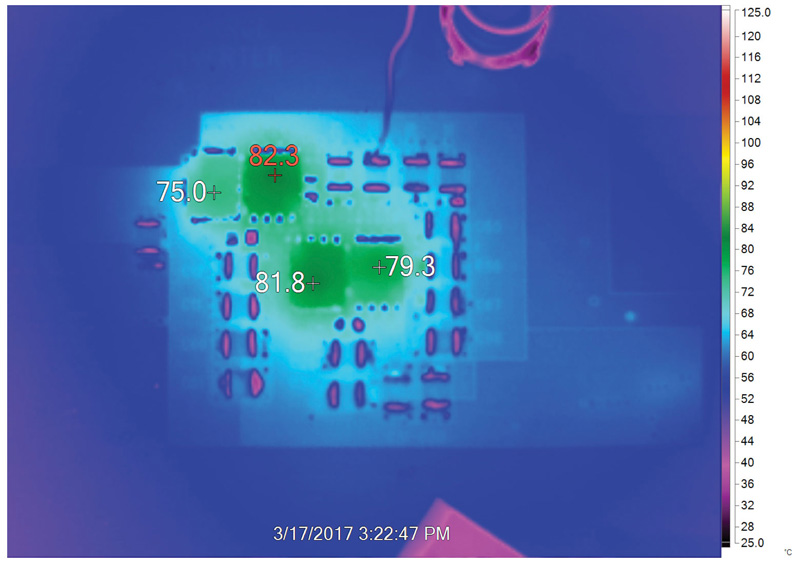 Figure 5 shows the enormous input inrush current that occurs at start-up without precharging—more than enough to damage the MOSFETs and capacitors. In contrast, no excessive inrush current is observed after the prebalance method is applied, as shown in Figure 6. 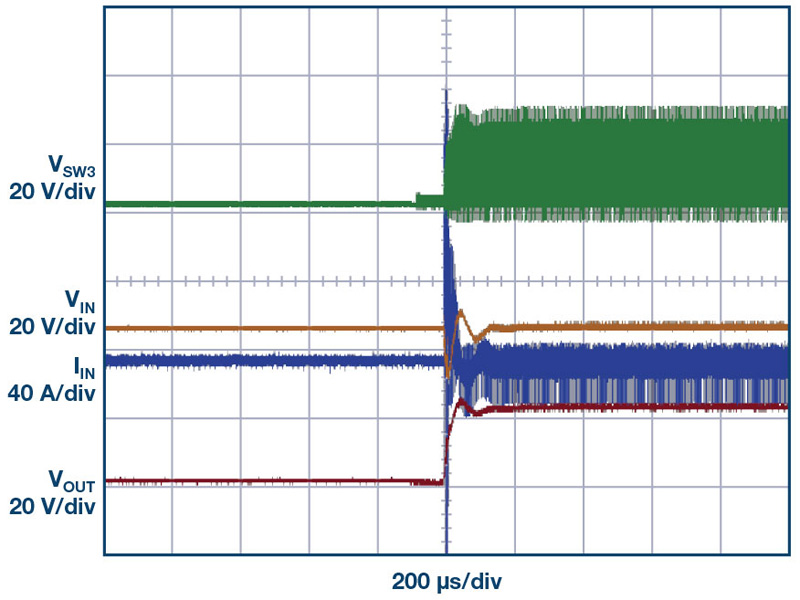 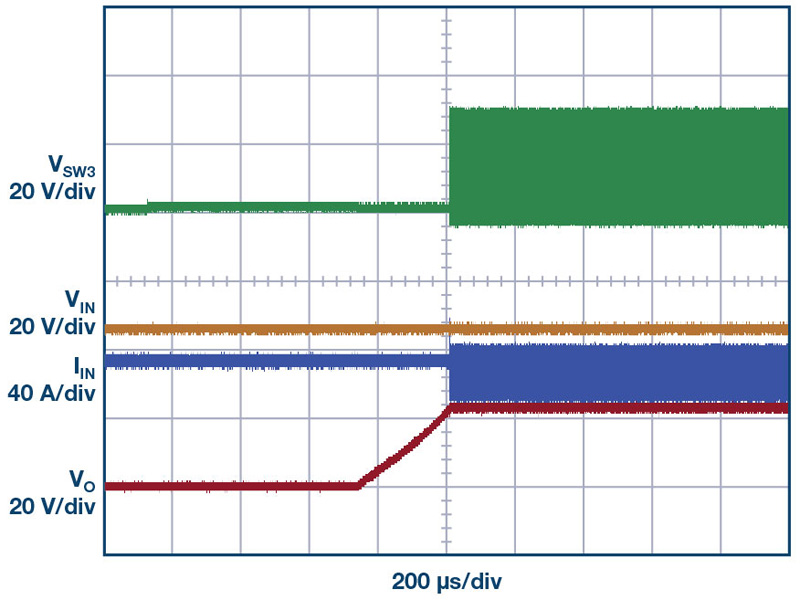 Even though the LTC7820-based voltage divider is an open-loop controlled converter, load regulation is tight due to its high efficiency. As shown in Figure 7, the output voltage drops only 1.7% at full load. 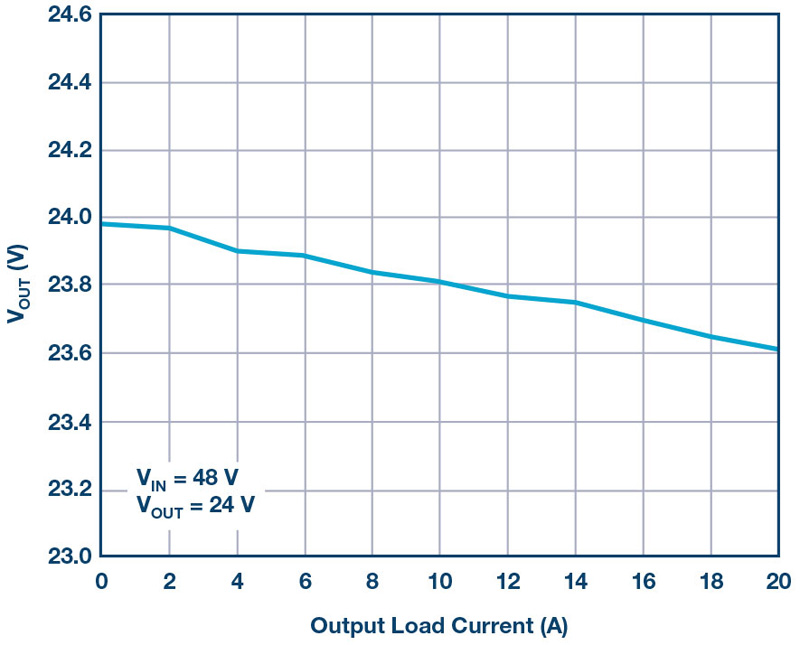 The LTC7820 includes protection features to ensure high converter reliability. Overcurrent protection is enabled through a sensing resistor on the high voltage side. A precision rail-to-rail comparator monitors the differential voltage between the ISENSE+ pin and the ISENSE– pin, which are Kelvin connected to a sensing resistor. When the voltage at ISENSE+ is 50mV higher than the ISENSE–, an overcurrent fault is triggered, the FAULT pin is pulled down to ground, and the LTC7820 stops switching and starts retry mode based on the timer pin setup.

Further protection is available through the OV/UV window comparator. In normal operation, the voltage at VLOW_SENSE should approach half of VHIGH_SENSE. A window comparator monitors VLOW_SENSE and compares it to VHIGH_SENSE/2. The hysteresis window voltage can be programmed and is equal to the voltage at the HYS_PRGM pin. With a 100 kΩ resistor on theHYS_PRGM pin, the VHIGH_SENSE/2 voltage must be within a (VLOW_SENSE ±1 V) window during start-up and normal operation. Otherwise a fault is triggered and the LTC7820 stops switching. 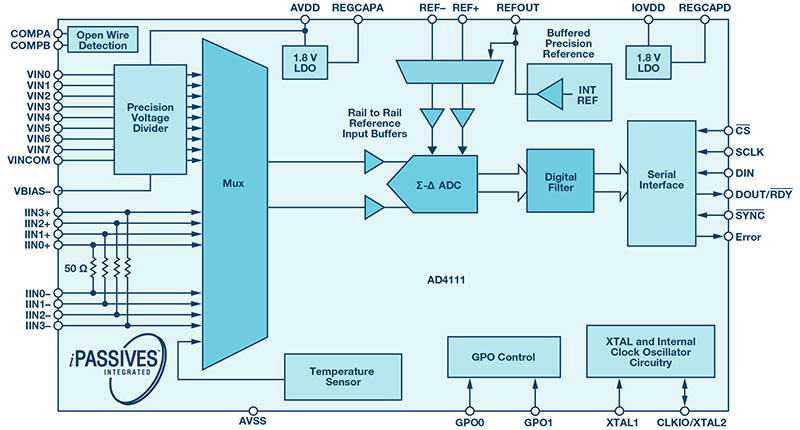 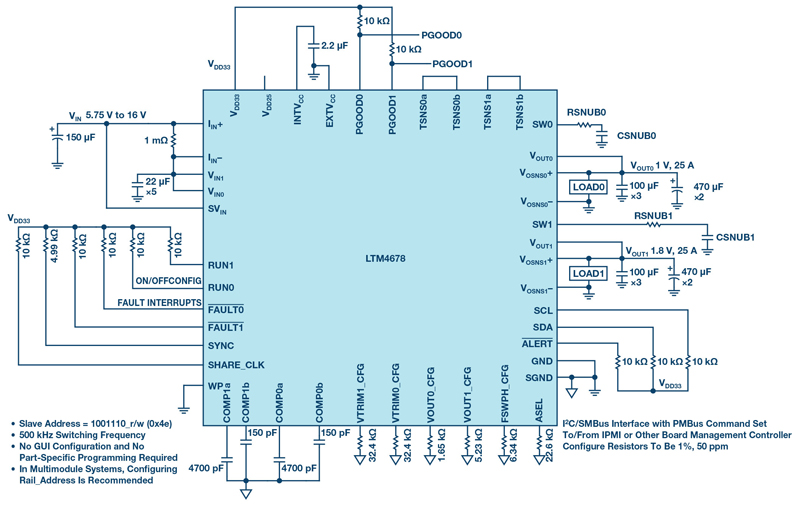