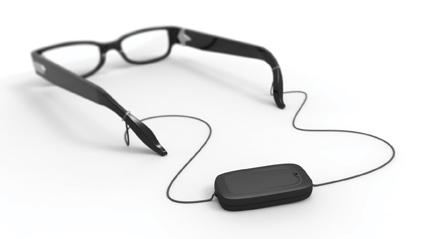 ULP (Ultra low power) RF specialist Nordic Semiconductor ASA announces that a Norwegian consumer product developer Unikia has developed a low cost proprietary 2.4GHz wireless key fob that Unikia claims will retail for around US $25-30 and won't require the end user to download an app or employ a smartphone or other computer gadget in order to use. Ā The user simply purchases a pair of pre-paired key fob-sized tags that can each be used to find the other as the push of a button sounds an audible alarm in the partner tag (up in a 40m range). Tags can be attached to commonly misplaced object such as keys, purse/wallet, or remote control. Ā "An ultra low power Nordic nRF24LE1 OTP (One Time Programmable) SOC ( system-on-chip) is located in each of the wireless tags and enables them to operate for up to 1.5 years from a CR2450 coin cell," explains Unikia design manager, Jørgen Solstad. "Each tag is equipped with a speaker and resonance box and wrapped in a slim plastic case that can create a 100dB audible alarm when required. The tags are designed to operate with rock-solid wireless reliability, even in crowded 2.4GHz operating environments such as those with numerous active Bluetooth wireless technology or Wi-Fi emitters." Ā "Our experience is that many consumers want the undoubted benefit of a wireless object finder, but don't want to have to download an app and pair a tag with a smartphone or other computer gadget," comments Håkon Helmersen, COO at Unikia. "Our product addresses this need because it allows users to find either of two items they own from the other, works straight out-of-the-box, and retails at a mass-market pricing point." Ā Unikia wireless tags low cost was achieved despite tags being finally assembled in Norway, among the world's most expensive countries to live in."We perform the sub-assembly of the tags in China, but do final assembly in Norway," adds Helmersen. "Due to the level of automation involved in the final assembly process, it's actually nearly the same cost to do in Norway, as the manual labor costs account for only a small fraction of the overall product cost when assembled in volume, and - believe it or not - utilities such as electricity are actually now lower cost in Norway than in China." Ā Helmersen continues: "It also creates far less risk of losing our IP (intellectual property) to copycats and puts us right next door to Nordic - a very trust-worthy partner that has been eager and able to help us throughout the entire product development cycle and offers a wide range of class-leading ULP wireless chips that could enable us to develop, for example, a Bluetooth low energy tag in the future if we desired." Ā "Unikia is proving that you don't need to be a consumer electronics giant to develop simple yet advanced mass-market consumer ULP wireless products," concludes Geir Langeland, Nordic Semiconductor's director of Sales & Marketing. "It is also heartening to see a Norwegian company doing final electronics assembly, packaging, and shipping within Norway. Norway has always had a small but innovative electronics design and manufacturing sector - and as Nordic Semiconductor itself has proved - can produce world-leading companies." Ā Unikia - which currently employs 100 design engineers in Europe and China and is developing around 80 new consumer products - is currently seeking to recruit 10 more engineers in Norway Nordik Semiconductor Unikia