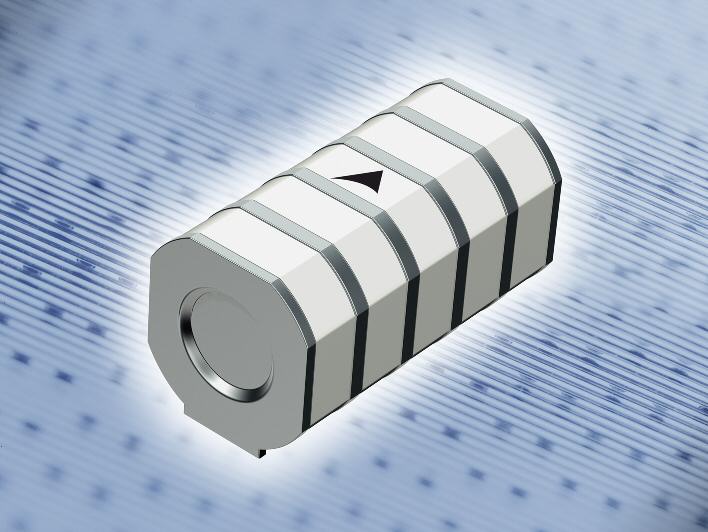 TDK EPCOS developed the LN8-A1400DC-5 to protect power supplies in telecommunication equipment. Its rated DC operating voltage is 48 VDC plus 20 percent according to IEC 61643-11.

TDK has announced a new EPCOS gas-filled surge arrester consisting of a stack of five individual arresters. Developed to protect power supplies in telecommunication equipment, its rated DC operating voltage is 48 VDC plus 20 percent according to IEC 61643-11. The special feature of this arrester is its reliable quenching of an applied DC voltage. The LN8-A1400DC-5 arrester stack measures a compact 16.3 x 8.4 x 8.9 mm3 and occupies significantly less space than five discharge arresters. This protective component has a surge-current capability of 20 kA at an impulse wave of 8/20 μs and 4 kA at an impulse wave of 10/350 μs. The arrester corresponds to climate category of 40/ 90/ 21 of IEC 600068-1 and operates over a temperature range from -40 to +90 °C. With an extremely low capacitance of less than 1 pF at 1 MHz and a high insulation resistance of more than 10 G? at 100 VDC, this RoHS-compatible SMD component has negligible parasitic coefficients. The LN8-A1400DC-5 arrester is also available on tape and reel for automated SMD placement with the type designation LNB8A-A1400DC-5. Main applications: Surge protection of DC power supplies for telecommunications equipment Main features and benefits