Results have potential applications in the field of solar energy 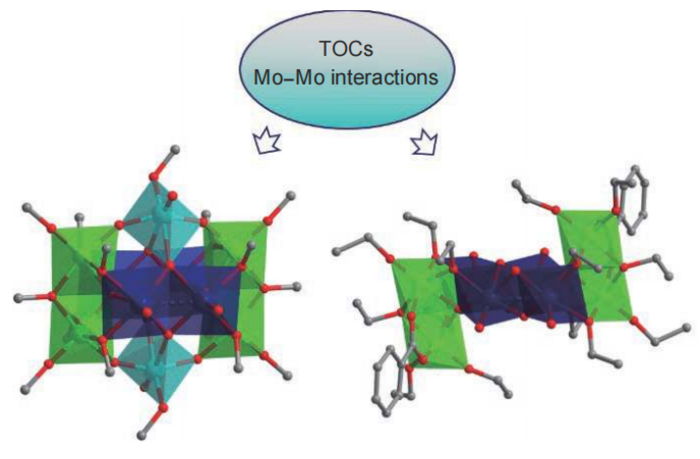 ­A research team has improved the solar energy absorption of titanium oxo clusters. Their work demonstrates an effective strategy for regulating the light absorption behaviors of these clusters by importing electron-rich heterometals. These results have potential applications in the field of solar energy where solar conversion currently faces certain limitations.

The team’s work is published in the journal Polyoxometalates on December 2, 2022.

Solar energy offers the potential to ease the gradual exhaustion of global energy sources. Scientists consider titanium dioxide to one of the most promising material candidates for solar conversion because of its excellent stability, durability, and activity. However, titanium dioxide suffers from a large bandgap, which results in only a small amount of the solar spectrum being utilized. Similarly, the metal doping strategy is well adopted to improve the solar absorption and performance because it creates impurity levels within forbidden bands.

The team successfully constructed two heterometallic clusters to improve the solar absorption and performance of titanium oxo clusters. Heterometallic describes any compound where one or more atoms are replaced by atoms of a different metal. The research team conducted single-crystal X-ray diffraction analysis where the heterometallic clusters were determined well and found to feature the common presence of molybdenum interactions.

The team’s solid-state ultraviolet-visible absorption studies indicate that these structures exhibit enhanced visible-light absorption and significantly reduce optical band gaps which can be mainly attributed to the introduction of electron-rich molybdenum (Mo) pairs as heterometals. “We discovered that the electron-rich Mo–Mo pairs could be introduced to titanium oxo clusters to enhance visible-light absorption,” said Lei Zhang, a professor at the Fujian Institute of Research on the Structure of Matter, Chinese Academy of Sciences.

With their distinct molecular and electronic structures, scientists have a special interest in electron-rich metal oxo clusters that have metal-metal bonds, because of their potential for use in the areas of catalysts, electronics, and batteries. Clusters that are modified by heterometals with delocalized electrons have shown potential advantages in band gap engineering and catalysis. For these reasons, the team used molybdenum chloride as a low-valent metal source. Working with carboxylic acid in alcohol media, they manipulated the flexible hydrolysis condensation process and various arrangements of the low-valent heterometallic molybdenum-titanium-oxo clusters.

The two heterometallic clusters the team created both have MoV-MoV bonds in common. The X-ray photoelectron spectroscopy measurements the researchers obtained reveal the simultaneous presence of MoV and MoVI  in one of the clusters, indicating the first example of mixed-valent MoV/VI doping in heterometallic titanium oxo clusters.

In optoelectronics, a semiconductor’s band gap determines its potential applications. The team investigated the band gaps of their two heterometallic clusters using diffuse reflectance spectroscopy analysis. They found that the optical band gaps of these two compounds are dramatically reduced. They attribute this reduction in the band gaps to the introduction of electron-rich Mo-Mo pairs as heterometals. In addition, the team found that the bands shift effectively toward the visible-light region, as shown by the solid state ultraviolet-visible spectroscopy measurements. The team’s work not only enriches the structural diversities of metal oxo clusters, but it also provides a simple route for the property modulation of electron-rich molybdenum-doped titanium oxo clusters.