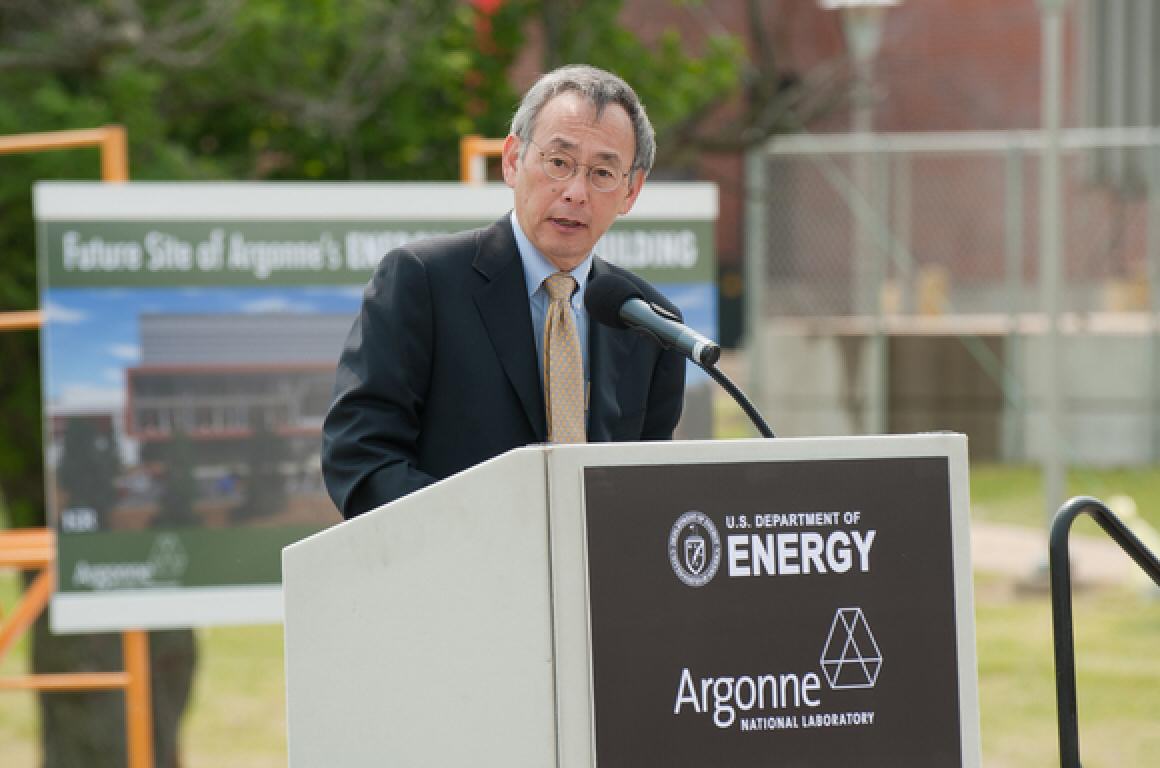 U.S. Secretary of Energy Steven Chu was joined by Senator Dick Durbin, Illinois Governor Pat Quinn, and Chicago Mayor Rahm Emanuel to announce that a multi-partner team led by Argonne National Laboratory has been selected for an award of up to $120 million over five years to establish a new Batteries and Energy Storage Hub. The Hub, to be known as the JCESR (Joint Center for Energy-Storage Research), will combine the R&D expertise of five DOE national laboratories, five universities, and four private firms in an effort aimed at achieving revolutionary advances in battery performance. "This is a partnership between world leading scientists and world leading companies, committed to ensuring that the advanced battery technologies the world needs will be invented and built right here in America," said Secretary Chu. "Based on the tremendous advances that have been made in the past few years, there are very good reasons to believe that advanced battery technologies can and will play an increasingly valuable role in strengthening America's energy and economic security by reducing our oil dependence, upgrading our aging power grid, and allowing us to take greater advantage of intermittent energy sources like wind and solar." "This new Hub brings together, under a single organizational roof, the world's leading scientists, engineers, and manufacturers in energy storage and provides them with the tools, resources, and market reach necessary to produce major breakthroughs," said U.S. Senator Dick Durbin. "The large-scale, innovative research and transformational new battery systems that will result from this venture will mean more-effective, lower-cost, and longer-life energy storage technologies with real-world applications for anything that can use a rechargeable battery. The project promises to have a significant economic impact across Illinois with the help of towns and businesses who have already agreed to partner on the commercialization of promising technology developed at the Hub." "The research at the Energy Storage Hub has the potential to revolutionize the energy industry," said Senator Kirk. "From transportation to the electric grid, the Hub will bring the private sector, national labs, and universities together to deliver new technologies and scientific approaches needed to transform the battery and energy-storage industry and spur commercial innovation. The Hub at Argonne will help boost our local economy and create new jobs. Today's announcement further establishes Illinois and Argonne as a leader in this growing industry." 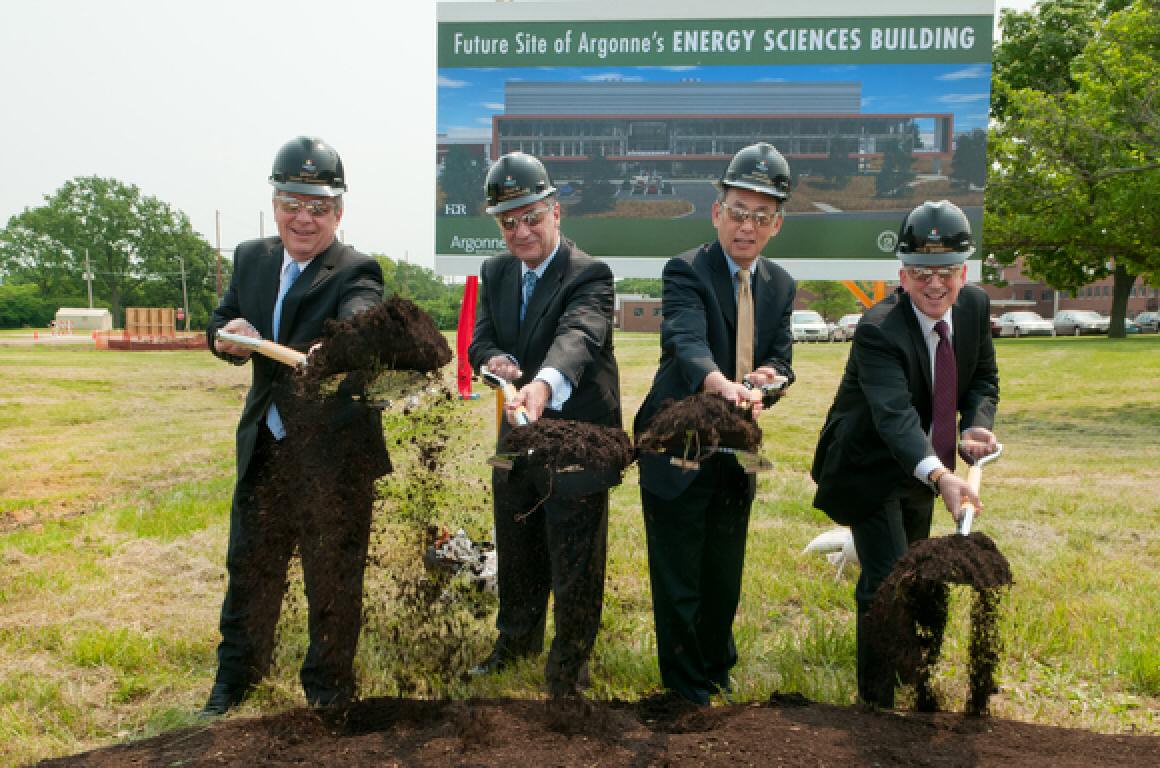 Governor Quinn is providing $5 million through his Illinois Jobs Now! capital construction plan to help build the state-of-the-art JCESR facility, which will be located on the Argonne National Laboratory campus in suburban Chicago. Additionally, the Governor has committed to working with the General Assembly to provide an additional $30 million in future capital funding for the building, which will serve as a nationwide center for energy storage research and is a key part of the governor's plan to create jobs and grow Illinois' economy through cutting-edge innovation. "This innovative center will attract the best minds from across our state and country to turn cutting-edge scientific research into new companies that will create more American jobs and revolutionize our energy economy," Governor Pat Quinn said. The new Hub will integrate efforts at several successful independent research programs into a larger, coordinated effort designed to push the limits on battery advances. Advancements in batteries and energy-storage technology are essential for continued efforts to develop a fundamentally new energy economy with decisively reduced dependence on imported oil. Improved storage will be vital to fully integrating intermittent renewable energy sources such as wind and solar into the electrical grid. It will also be critical to transitioning the transportation sector to more flexible grid power. JCESR (pronounced J-Caesar) will be directed by George W. Crabtree, Argonne Senior Scientist, Distinguished Fellow and Associate Division Director; Distinguished Professor of Physics, Electrical and Mechanical Engineering, University of Illinois at Chicago; and an internationally recognized leader in energy research. "The JCESR batteries and energy storage hub gives us a new collaborative, inter-institutional R&D paradigm in which to develop the energy storage technologies that transform both the electricity grid and transportation and so reduce our dependence on foreign oil,' said Eric Isaacs, Director of Argonne National Laboratory. The Hub will bring together some of the most advanced energy storage research programs in the U.S. today. Other national labs partnering with Argonne include Lawrence Berkeley National Laboratory, Pacific Northwest National Laboratory, Sandia National Laboratories, and SLAC National Accelerator Laboratory. University partners include Northwestern University, University of Chicago, University of Illinois-Chicago, University of Illinois-Urbana Champaign, and University of Michigan. Four industrial partners have also joined to help clear a path to the marketplace for the advances developed at JCESR including Dow Chemical Company, Applied Materials, Johnson Controls, and Clean Energy Trust. Selected through an open national competition with a rigorous merit review process that relied on outside expert reviewers, JCESR is the fourth Energy Innovation Hub established by the Energy Department since 2010. Other Hubs are devoted to modeling and simulation of nuclear reactors, achieving major improvements in the energy efficiency of buildings, and developing fuels from sunlight. A fifth Hub focused on critical materials research was announced earlier this year and is still in the application process. Energy Innovation Hubs are major integrated research centers with researchers from many different institutions and technical backgrounds that combine basic and applied research with engineering to accelerate scientific discovery in critical energy areas. They are modeled after the strong scientific management characteristics of the Manhattan Project, Lincoln Lab at MIT that developed radar, AT&T Bell Laboratories that developed the transistor and, more recently, the highly successful Bioenergy Research Centers established during the Bush Administration to pioneer advanced techniques in biotechnology, including biofuels. Over the decades, DOE national laboratories and DOE-funded university research programs have been responsible for some of the most important advances in battery technology. For example, key battery improvements developed at Argonne helped make the Chevy Volt battery possible. U.S. Department of Energy Argonne National Laboratory 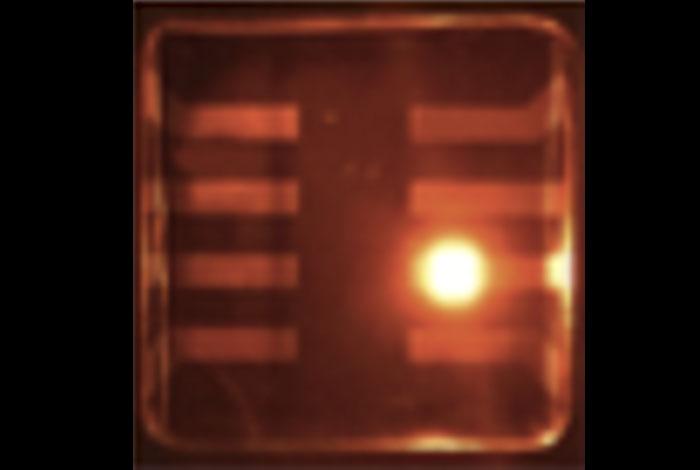