The fluorescent future of solar cells 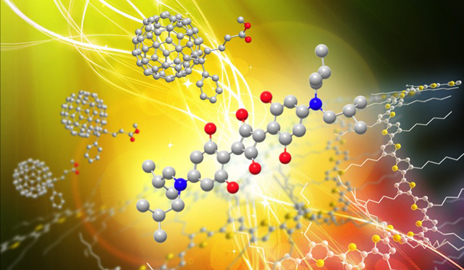 Scientists at Yale have improved the ability of a promising type of solar cell to absorb light and convert it into electrical power by adding a fluorescent organic dye to the cell layer.

For some solar cells, the future may be fluorescent. Scientists at Yale have improved the ability of a promising type of solar cell to absorb light and convert it into electrical power by adding a fluorescent organic dye to the cell layer. This squaraine dye boosts light absorption and recycles electrons, improving the conversion of light into energy. The results suggest a new route for the development of lower-cost, higher-efficiency photovoltaics, the scientists said. "People can apply our approach in designing advanced solar cells with higher efficiencies," said André D. Taylor, the assistant professor of chemical and environmental engineering at Yale who led the research, published May 5 online in the journal Nature Photonics. Solar cells are a renewable energy technology for directly converting light into electricity. Polymer solar cells, the type involved in the research, are appealing for their low cost, low weight, large area, and mechanical flexibility. But they are inefficient — nearly 50 percent of their absorbed light energy never transmits as electrical power, mainly because their polymer networks are not sufficiently lined up at the nanoscale to enable energy to exit the cell. By introducing a squaraine dye into polymer solar cells that are based on a well established biochemical mechanism — Förster resonance energy transfer (FRET) — researchers achieved a 38 percent increase in power conversion efficiency, they said. In this type of solar cell — FRET-based heterojunction polymer solar cells — extra energy is able to migrate from one molecule to another over long distances. The dye, which is highly absorbent in the near-infrared region, both broadens the spectral absorption of solar cells and enhances electricity transmission. The approach allows different light-absorbing materials to work synergistically and leads to well-ordered polymer networks without any need of post-processing, compared to traditional polymer solar cells. "Our strategy solves a number of issues at the same time," said lead author Jing-Shun Huang, a postdoctoral associate in Taylor's lab. "By strategically combining different materials that have been successfully used to absorb solar energy to take advantage of FRET, we demonstrate higher-performing solar cells." The paper is titled "Polymer bulk heterojunction solar cells employing Föerster resonance energy transfer." Other co-authors are Tenghooi Goh, Xiaokai Li, Matthew Y. Sfeir, Elizabeth A. Bielinski, Stephanie Tomasulo, Minjoo L. Lee, and Nilay Hazari. The National Science Foundation, Yale Climate and Energy Institute, NASA, USDOE provided support for the research. Yale