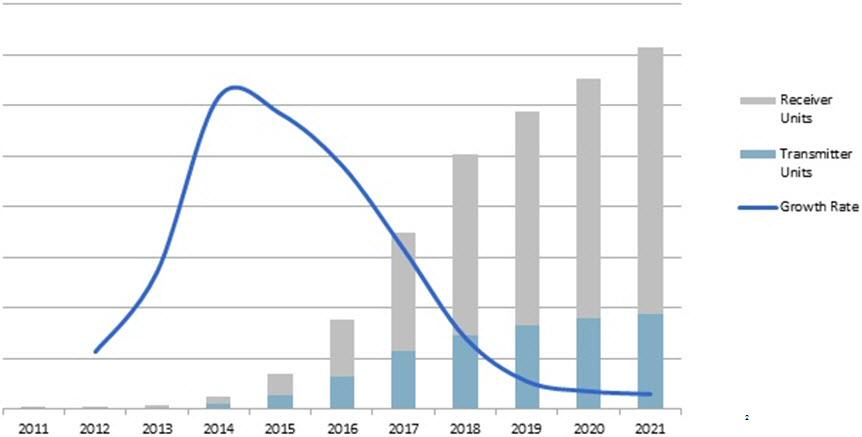 Wireless charging is in its nascencyâ€"barely a blip compared to projections of what is to come according to IHS IMS Research (figure 1). Although there are several technical approaches to wireless power and a number of proposed standards, the WPC's (wireless-power consortium's) Qi (pronounced chee) has been formalized as a standard, which helps ensure interoperability of transmitters and receivers from different manufacturers. The standards-based approach the WPC has taken also provides for conformance-testing methods with which manufacturers and independent laboratories can assess and qualify products. Despite the relative low mileage on the existing standard, the industry is already starting to recognize efforts to broaden the scope, making room, for example, for various transmitter-coil geometries, multiple coil arrangements, and different power levels. For those of us who watched the evolution of WiFi standardsâ€"particularly the relatively chaotic bit that preceded ratification of IEEE 802.11gâ€"standards-based technologies that outpace their standards are cause for caution, if not alarm. In the case of wireless charging, however, the WPC and the technology creators appear to be doing a reasonably good job at coordinating the standard's evolution with the developments on the technology side. Perhaps nascency has its advantages. 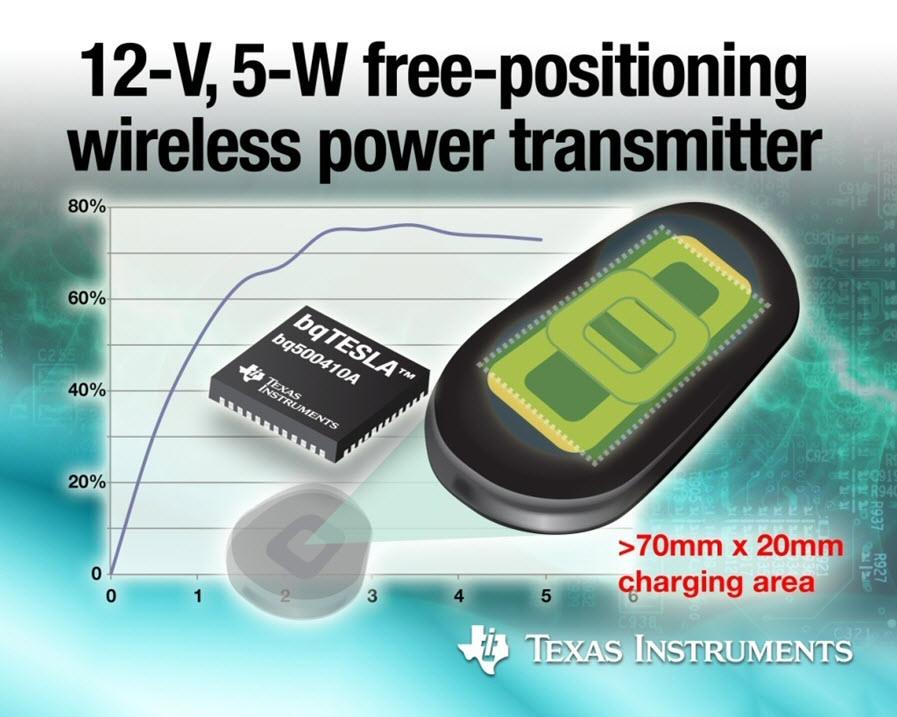 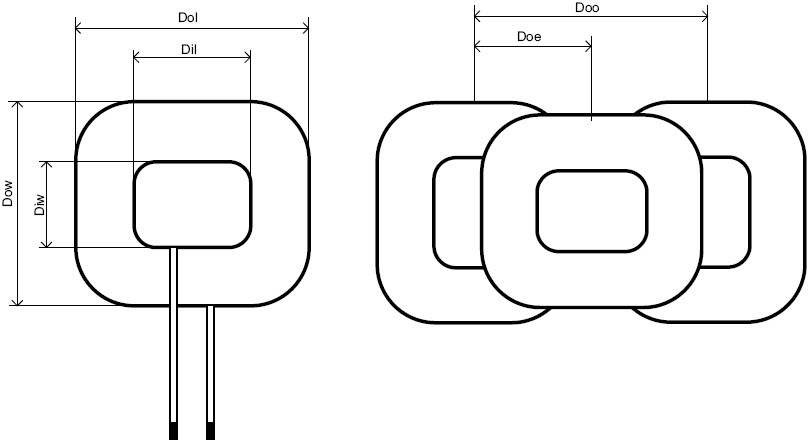 For end users, the change will be a significant and welcome improvement over the current dime-sized drop zone. The expanded charging area may also benefit potential applications for wireless charging including those for desktop, public-space, or automotive environments. Prior to beginning a charge cycle, a Qi transmitter sends a test pulse and listens for an appropriate response from a hand-held device's receiver. In the case of the bq500410A, the transmitter pings each coil in sequence and, if the IC detects a mating receiver, it locks to the coil that resulted in the best signal transfer for the duration of the charge cycle. In this way, the magnetic circuit is similar to designs with more restrictive alignment requirements. 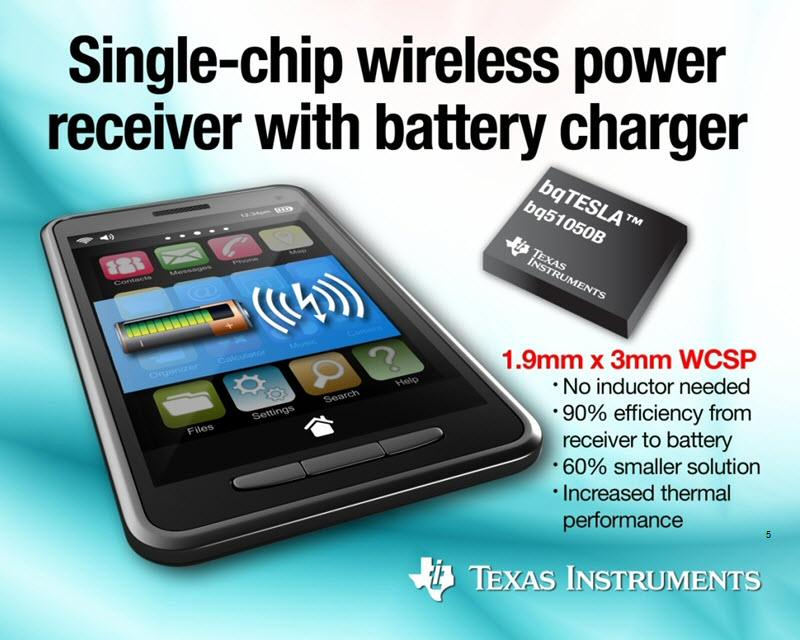 Texas Instruments has also announced the bq51050B wireless-power receiver, to our knowledge, the first single-stage WPC v1.1 Qi receiver and battery charger. The bq51050B can directly charge a Li-Ion battery with 90% peak charging efficiency (figure 4). The device is packaged in a 1.9- x 3-mm WCSP and requires no external inductor, saving 60% of the board space occupied by competing designs. By eliminating power-processing stages, the single-stage bq51050B improves on energy-transfer efficiency: The receiver-side efficiency deviates little from the 90% mark over a 550 to 1000 mA range. By comparison, a previous-generation two-stage design provides efficiencies < 80% over the same current range (figure 5). 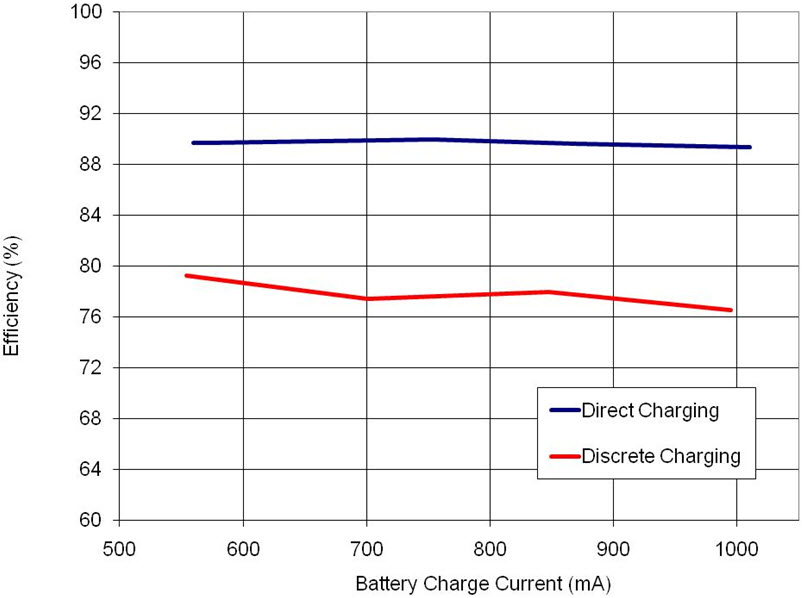 The choice of receiver-side architectureâ€"direct charge receiver or constant-voltage receiver followed by a separate charge-control management ICâ€"does not affect other parts of the system such as the transmitter or electromagnetic components. The bq51050B 20-V receiver integrates rectification, voltage conditioning, communication control, and Li-Ion charging control with only a small complement of passive components. The IC supports charging currents to 1.5 A and provides 4.2- and 4.35-V output options. The IC tolerates inputs to 20 V (max) and includes an over-voltage protection clamp. Other protection features guard against over current and over temperature, the latter facility including temperature monitoring, fault detection, and over-threshold shutdown. A number of early-adopting companies have released products that exploit the high efficiency, small area requirements, and robustness of the bq500410A wireless-power transmitter and bq51050B wireless-power receiver: These include the Nokia Lumia 920 and 820 smartphones and wireless charging accessories. the Nokia BH-220 bluetooth headset and DT-38 cradle, JBL's Power Up speaker docking station with a wireless charging point for the Nokia Lumina 920, and the Nokia wireless charging pillow by Fatboy.