The ILT Series is the first illuminated toggle switch in the C&K portfolio.... 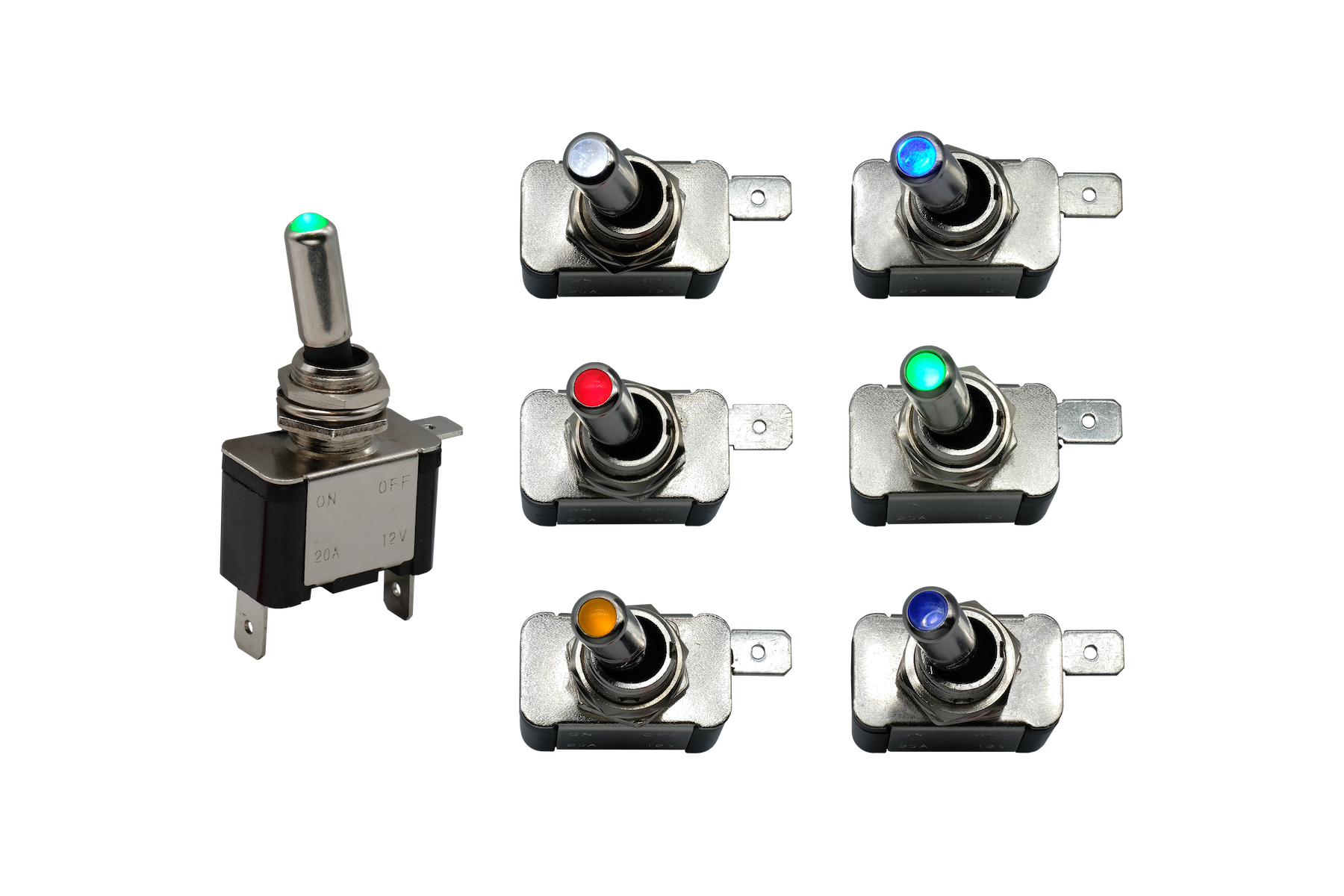 C&K has expanded its toggle switch product family to include an illuminated version. Available in six different LED color options, the ILT Series delivers clear and distinct visual communication with users. The ILT Series saves valuable panel space by including the illumination mechanism within the switch, instead of requiring a separate indicator light. The ILT Series toggle switch does not require soldering, further simplifying installation.

Offering reliable and long-term operation up to 10K cycles, the ILT Series toggle switch is rated to 20 A.