Trainees in Thyrnau Organize Donations for Earthquake Victims in Mexico 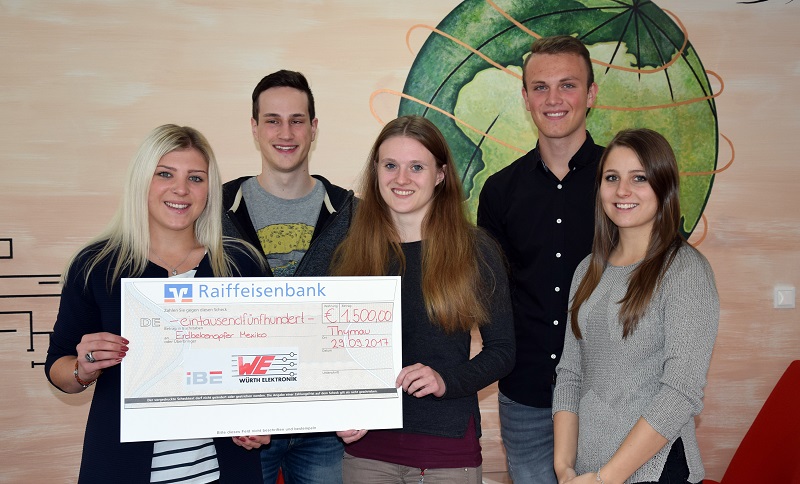 Trainees and students from Würth Elektronik iBE initiated a donation campaign for the earthquake victims in Mexico. The young generation of the automotive supplier reacted to the active help from their colleagues at the Mexican plant in Irapuato for their countrymen affected by the severe earthquake. Within a short time, 1,500 euros had been collected in the donation pot in Thyrnau and was transferred to the Mexican colleagues. Soon after, they handed over what amounted to around 7,000 euros to the local Red Cross. The wholehearted commitment of the trainees was praised by the management team of the Würth Elektronik eiSos Group as exemplary international solidarity put into practice.

“The trainees’ actions once again made us all aware that we have amiable, committed partners, colleagues, yes friends in fact, all over the world”, Tatjana Schopper, trainee spokesperson at Würth Elektronik iBE, remarks. “The worldwide presence of Würth Elektronik eiSos is not only an economic factor, it also has a further positive influence on our young employees. And this not only in the career opportunities that open up for them, but also in that internationality opens eyes - and in this case hearts”.