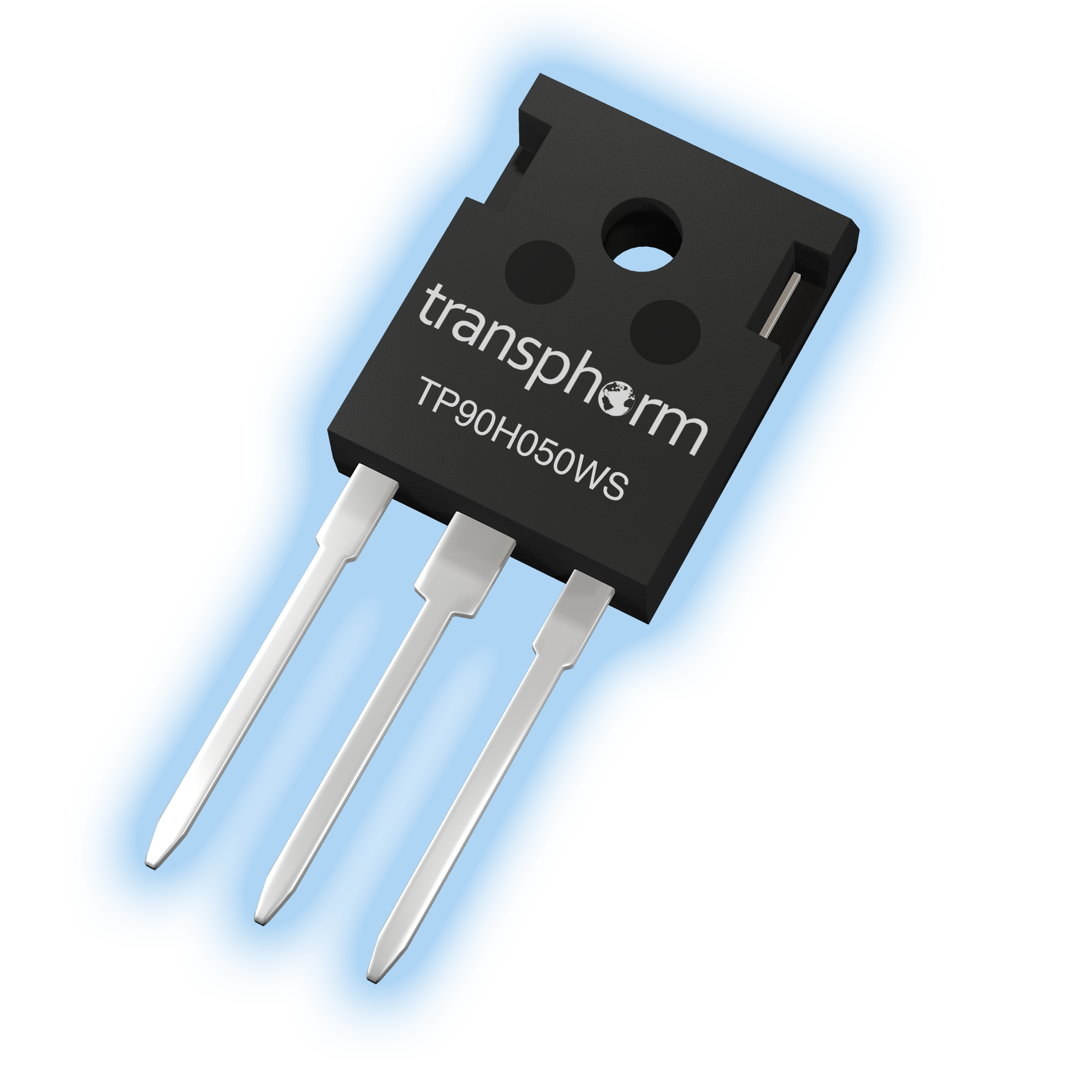 GOLETA, Calif.— Transphorm Inc. introduced its second 900 V FET, the Gen III TP90H050WS, enhancing the industry’s only 900 V GaN product line. These devices now enable three-phase industrial systems and higher voltage automotive electronics to leverage GaN’s speed, efficiency and power density. Further, the new FET’s platform is based on Transphorm’s 650 V predecessor, the only JEDEC- and AEC-Q101-qualified HV GaN technology. As such, system developers can design with confidence in its quality and reliability.

The TP90H050WS has a typical on-resistance of 50 mOhm with a 1000 V transient rating, offered in a standard TO-247 package. The TP90H050WS can reach power levels of 8 kW in a typical half bridge while maintaining greater than 99 percent efficiencies. Its figures of merit for Ron*Qoss (resonant switching topologies) and Ron*Qrr (hard switching bridge topologies) are two to five times less than those of common superjunction technologies in production—indicating highly reduced switching losses. While a JEDEC qualified version is slated for Q1 2020, customers can design 900 V GaN power systems today.

Transphorm’s first 900 V device, the TP90H180PS, with a typical on-resistance of 170 mOhm in a TO-220 package is JEDEC qualified and has been available through Digi-Key since 2017. It can reach a peak efficiency of 99 percent, demonstrating its suitability for 3.5 kW single-phase inverters.

“Transphorm’s latest 900 V GaN product represents a major milestone for commercial GaN power transistors as it reaches the 1 kilovolt mark, an industry first. This paves the way for GaN to be a viable choice at these higher voltage nodes,” said Primit Parikh, Co-founder and COO, Transphorm. “With partial funding from ARPA-E for early risk reduction and Power America for initial product qualification, this effort represents successful public-private partnership that accelerates GaN’s market adoption.”

Transphorm’s 900 V platform provides higher breakdown levels for systems already targeted by the company’s 650 V FETs, such as renewables, automotive, and various broad industrial applications. It is designed to be deployed in bridgeless totem-pole power factor correction (PFC), half-bridge configurations used in DC to DC converters and inverters. The ability to support these topologies at a higher voltage expands Transphorm’s target applications to now include a broad list of three-phase industrial applications, such as uninterruptible power supplies and automotive chargers/converters at higher battery voltage nodes.

As do all Transphorm qualified GaN FETs, the TP90H050WS offers the following advantages along with the differentiating features mentioned earlier:

§  Easy to drive with off-the-shelf drivers

§  Performance exceeding that of IGBTs, superjunction