Two New Members Named to ON Semiconductor's Board of Directors

Teresa M. Ressel, former Assistant Secretary for Management and CFO, U.S. Department of the Treasury, and Bernard L. Han, COO of DISH Network Corporation have joined the Board of Directors of ON Semiconductor 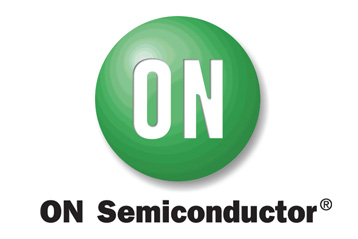 ON Semiconductor, a premier supplier of high performance silicon solutions for energy efficient electronics, today announced that Teresa M. Ressel and Bernard L. Han have joined its Board of Directors. The Board also appointed Ms. Ressel to its Audit Committee. In addition, Atsushi Abe, a current member of ON Semiconductor's Board of Directors, was appointed to both the Audit Committee and Compensation Committee. "Teresa Ressel and Bernard Han are outstanding additions to our Board of Directors," said Dan McCranie, chairman of ON Semiconductor's Board of Directors. "Teresa brings significant financial, corporate governance and regulatory experience from her management and leadership roles in both the private and public sectors. Bernard's current experience as the Chief Operating Officer of an organization with more than 25,000 people, as well as his impressive history of demonstrated leadership and financial expertise will be a strong addition to our Board. These two new members of our Board will be valuable as we continue to align the company toward our vision of becoming the premier supplier of high performance energy efficient silicon solutions worldwide." Teresa M. Ressel served in an executive role for UBS Investment Bank from 2004 until earlier this year. She joined the investment bank as Chief Operating Officer (COO) of the Americas group, and was in 2007 also named Chief Executive Officer (CEO) of UBS Securities LLC which is responsible for UBS' broker dealer operations. In these roles, Ms. Ressel managed a broad array of supervisory control, regulatory, compliance, and logistics functions covering the United States and Canada, as well as banking activities intersecting the Americas. From 2001 until 2004, Ms. Ressel served at the United States Department of the Treasury. She was confirmed by the U.S. Senate as the Ninth Assistant Secretary for Management of the U.S. Department of the Treasury and was designated by Presidential directive as the Chief Financial Officer of the department, where she served in both capacities. Between 1994 and 2000, Ms. Ressel was a Vice President and then Senior Vice President at Kaiser Permanente ("KP"). In her various positions at KP, Ms. Ressel served as the Vice President, Corporate Audit and Corporate Environmental Health & Safety Programs; the Vice President and Chief Compliance Officer; and the Senior Vice President and Chief Operating Officer, e-Commerce. From 1990 to 1994, Ms. Ressel was employed with Hewlett Packard as a Corporate Program Manager, first within the Corporate Manufacturing Group, Palo Alto, California, and subsequently Hewlett Packard Asia Pacific Ltd. Ms. Ressel has been a member of the Board of Trustees of the University of Connecticut Medical Center since 2009. She holds an MBA from Rensselaer Polytechnic Institute as well as a BS and MS in Engineering from the University of Delaware. Bernard L. Han has served as the Chief Operating Officer of DISH Network Corporation since April 2009 where he is responsible for all operations and information technology functions. Mr. Han served as DISH Network's Executive Vice President and Chief Financial Officer (CFO) from September 2006 until April 2009, and as Chief Information Officer from 2006 to 2007. Mr. Han also served as EchoStar Corporation's Executive Vice President and CFO from January 2008 to June 2010 pursuant to a management services agreement between DISH Network and EchoStar. From October 2002 to May 2005, he served as Executive Vice President and Chief Financial Officer of Northwest Airlines, Inc. Mr. Han was the Executive Vice President and Chief Financial Officer of America West Airlines in 2002 before transitioning to Northwest Airlines during that same year. While at America West, he also worked in other senior level sales and marketing and financial planning positions from 1996 through 2001. Prior to joining America West, Mr. Han worked in various director and financial manager positions at Northwest Airlines between 1991 and 1995. Mr. Han holds an MBA, a Master of Electrical Engineering and a BS from Cornell University. www.onsemi.com