uBeam uses ultrasound to charge phones from across the room 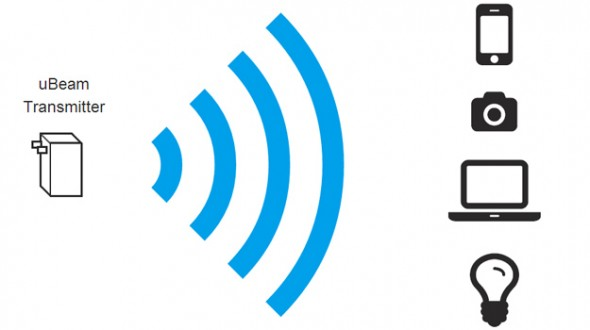 Wireless charging has existed for years now, but it has been slow to take off. That probably has to do with the only nominally wireless nature of it. Charging a phone wirelessly usually means placing it on a surface, or at the most a few inches above it. A technology being developed by a company called uBeam could extend wireless charging to wherever you’re standing in a room by converting electricity into ultrasound.

Most wireless power systems right now rely on inductive technology. An electromagnetic field is projected by the charging station, which then induces a current in the receiver coils of the target device. This works fine over short distances, but to reliably power a device across the room you have to output a huge amount of power. Scientists are working on refining this process, but it’s fraught with problems.

The basic idea behind uBeam isn’t much different than inductive charging. It’s generating sound instead of an EM field, but that should let it propagate much farther without losing energy. The ultrasonic waves are picked up by a device equipped with the necessary receiver and converted back into electricity. According to the company, you could be sitting across the room or walking around using your phone normally and it could still charge with uBeam.

Because uBeam uses ultrasonic frequencies, it should be outside the range of human hearing. Although, there’s no word on how it might affect dogs (there is an overlap in canine hearing and some types of ultrasound). One downside is that ultrasonic waves can’t pass through walls reliably enough for it to work like a WiFi router that supplies data to your whole house. Instead, people would have to buy a uBeam station for each room. It’s also not clear how much power can be sent over uBeam, or if the system causes any heat build-up in phones (a common problem with induction).

The company says the receivers and charging stations will be ready for consumers within two years. That likely means cases and other accessories for phones to start with, just like Qi and PMA inductive technologies a few years ago. If OEMs take a shine to it, uBeam might show up inside devices later.