Equivalent of 183,000 football fields of nonagricultural land identified in study aiming to ease competition between farmers, conservationists, and energy companies 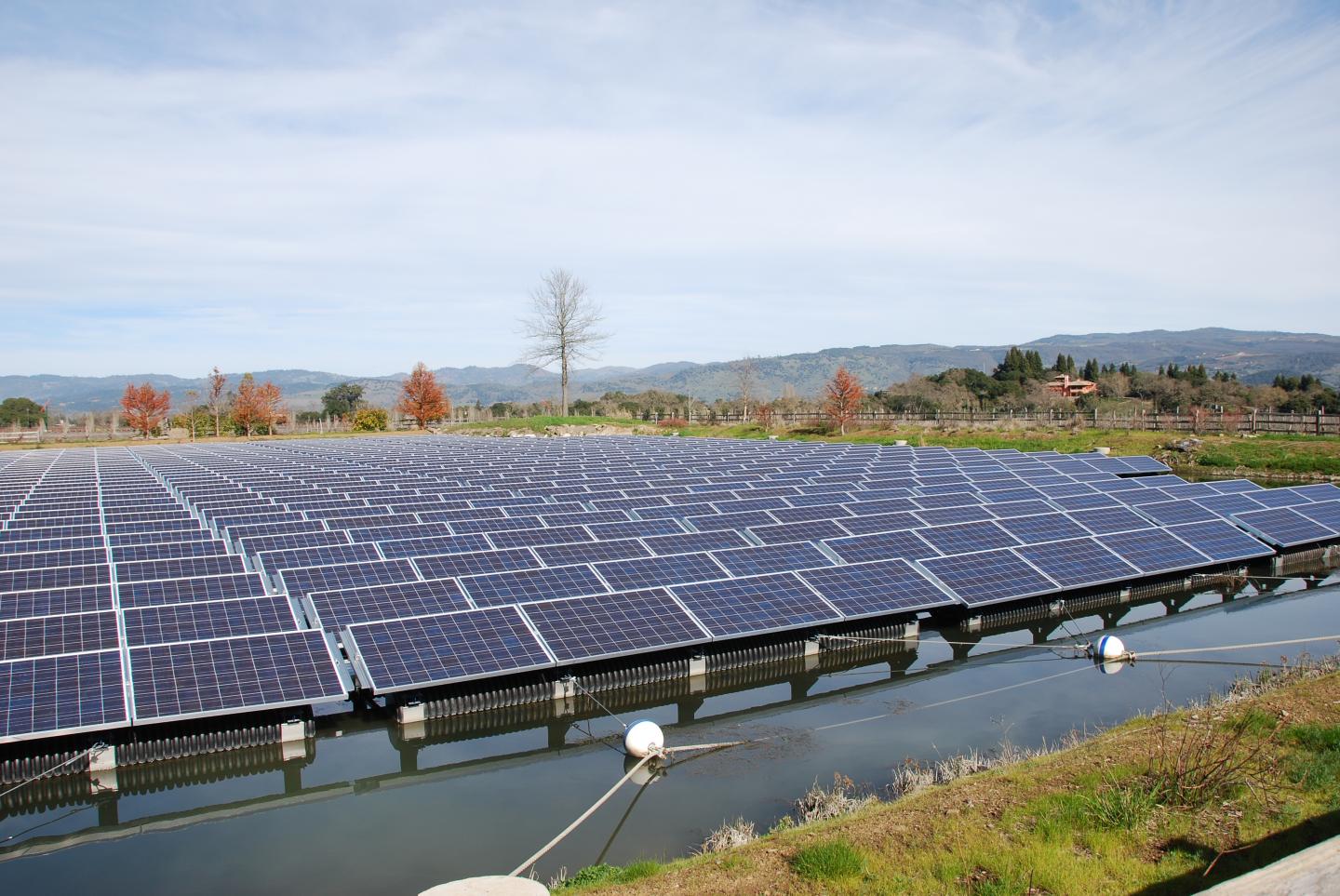 But what if large solar installations could be built away from agricultural land, eliminating the competition between two important industries?

Michael Allen, a distinguished professor emeritus of plant pathology and biology at UC Riverside and director of the university's Center for Conservation Biology, said many existing solar farms are built in unsuitable areas, where they encroach on natural or agricultural lands already under threat from urban sprawl.

"When a piece of land is developed for a solar installation, it is very unlikely to be reverted into agricultural land, even when the lease to the solar company eventually runs out. That's because flattening and compacting the land, as well as the long-term application of herbicides to keep the site clear of weeds, spoils the land for future farming," Allen said. "For this reason, it is important that we explore alternative sites for new developments as the industry continues to grow."

The researchers evaluated four unconventional areas: (1) developed areas within agricultural landscapes, such as rooftops, transportation corridors, and parking lots; (2) land that is too salty for crops to grow, either because of naturally occurring salts or buildup from human activities; (3) reclaimed areas that were previously contaminated with hazardous chemicals; and (4) reservoirs and irrigation channels that can accommodate floating solar panels.

Combining all these potential sites, the team identified more than 8,400 square kilometers (equal to 183,000 football fields) of the Central Valley's 55,800 square-kilometer footprint as nonagricultural, developed land suitable for large solar installations. These areas have the potential to generate enough solar energy to exceed California's 2015 projected demands by 13 times for photovoltaic (PV) power (plants that use solar cells to directly convert sunlight into electricity) and two times for concentrating solar power (CSP), which are plants that convert sunlight into thermal energy.

"The study highlights the wealth of sites for solar energy generation that don't conflict with farmland or protected areas," said Rebecca R. Hernandez, assistant professor of earth system science and ecology at UC Davis. "Since farming is an incredibly energy-intensive industry, the land sparing sites we identified could provide a win-win situation for both farmers who need more energy and the energy providers that wish to serve them."