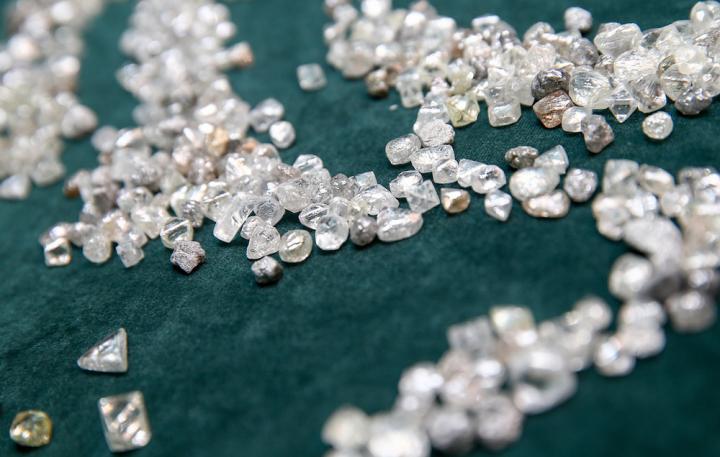 Members of the Russian startup Bitcarat.com, graduates of the National University of Science and Technology "MISIS", commercialize a unique technology, aimed at verifying and tracing natural diamonds. The method is based on modern IT-technologies, blockchain technology in particular. In a situation where natural, synthetic and fake stones exist in the diamond market at the same time, the system will help to protect the financial assets of market participants and fully guarantee the authenticity of the diamond. It is planned to launch STO (Security Token Offering) within one year.

This expansion is explained by the scientific achievements that are pushing for an increase in diamond volumes for potential applications, both for jewelry and for various industries.

What is the potential problem for the industry? Modern synthetic diamonds are almost as good as natural diamonds in terms of quality and chemical composition. With these trends, now gemologists often cannot distinguish a good synthetic diamond from a natural one. Taking into account the growth of the market and the blurred picture of diamond origins, the guarantee of this "originality" is becoming more and more crucial.

The solution was proposed by Russian cryptographs, graduates of NUST MISIS and MEI. They managed to create a unique system of so-called traceability of natural diamonds, which allows tracing the entire history of the transfer of rights to the stone, starting from the moment of its mining. Moreover, it is absolutely impossible to falsify this history.

"We offered a digital blockchain-based certificate for each natural stone," - Alexey Dimitrienko, one of the startup founders, leading expert of the NUST MISIS Center for Energy Efficiency, said. - The technology will ensure the reliability of the history and authenticity of the stone through the use of the blockchain as a special mechanism for storing information. Also it will increase the added value of the diamond, as a financial asset as well."

According to the idea of the project developers, while being mined, each natural diamond will be provided with a special digital code. This code will be entered into a distributed database, that is, a database that is stored by all market participants. Next, the entire history of the transfer of rights to the stone will be blockchain-recorded, becoming 100% traceable.

This guarantee will be provided by the very principle of blockchain - it is impossible to falsify this code because of its full transparency. As a chain of information blocks, it records absolutely all transactions that occur in it. Each attempt to somehow edit the code (or add an allegedly natural diamond into the base) is fixed and changes the entire chain, which automatically shows an attempt to falsify.

The technology of the digital certificate alongside with the idea of a digital diamond exchange and a diamond token has already interested a number of the world's largest diamond manufacturers. The development team plans to launch STO (Security Token Offering) within one year.