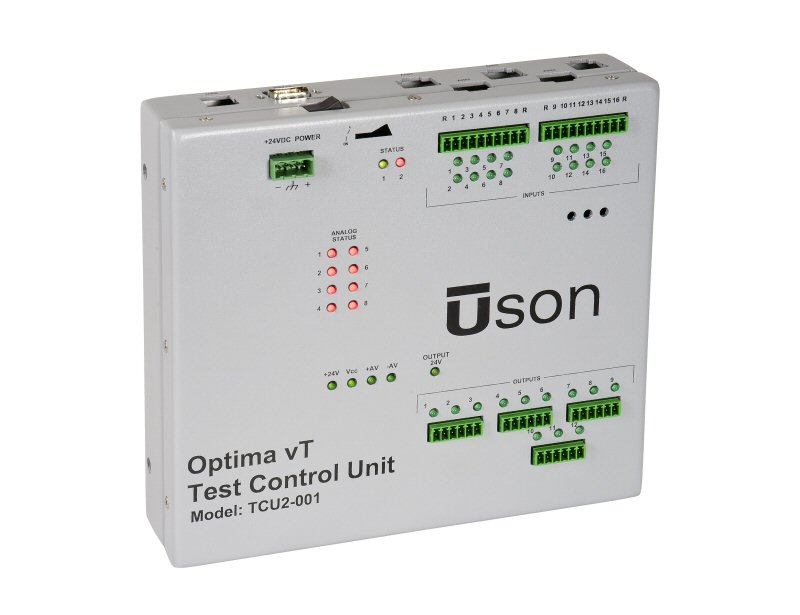 Manufacturers of components that must pass leak tests seeking faster leak-test cycle times can now schedule customized video-conference demonstrations of the mathematical functions built into USON's recently launched Optima vT Leak and Flow Tester.  The Optima vT Leak and Flow Tester is a leak-test instrument with 8-sensors enabling 8 concurrent tests.The one-on-one no-cost video consultations will include application-specific demonstration of how Optima's built-in mathematical tools improve yields and quality. Gene Grilli, USON global sales director and supervisor of USON's leak testing applications engineering team worldwide, comments "Optima's many built-in mathematical functions are one of several features that make it one of the most versatile leak detectors today." "For example, a product with four chambers can be tested concurrently and using the Optima's math feature, summed to create a total, thereby providing both an individual and overall result, effectively cutting cycle time." "Additionally slope-and-intercept calculations along with averaging can easily be performed, not to forget the host of other built in formulas. This is an example of how Optima's built-in math streamlines production processes, without putting an additional burden on the system controls."  Before the video conference consultation, a USON leak-testing specialist will review current leak test methods in place. This is to ensure that a succinct demonstration of the relevant math functions that will have greatest impact are highlighted in the demonstration. In addition to the built-in math functions, the Optima vT Leak and Flow Tester has many features including: