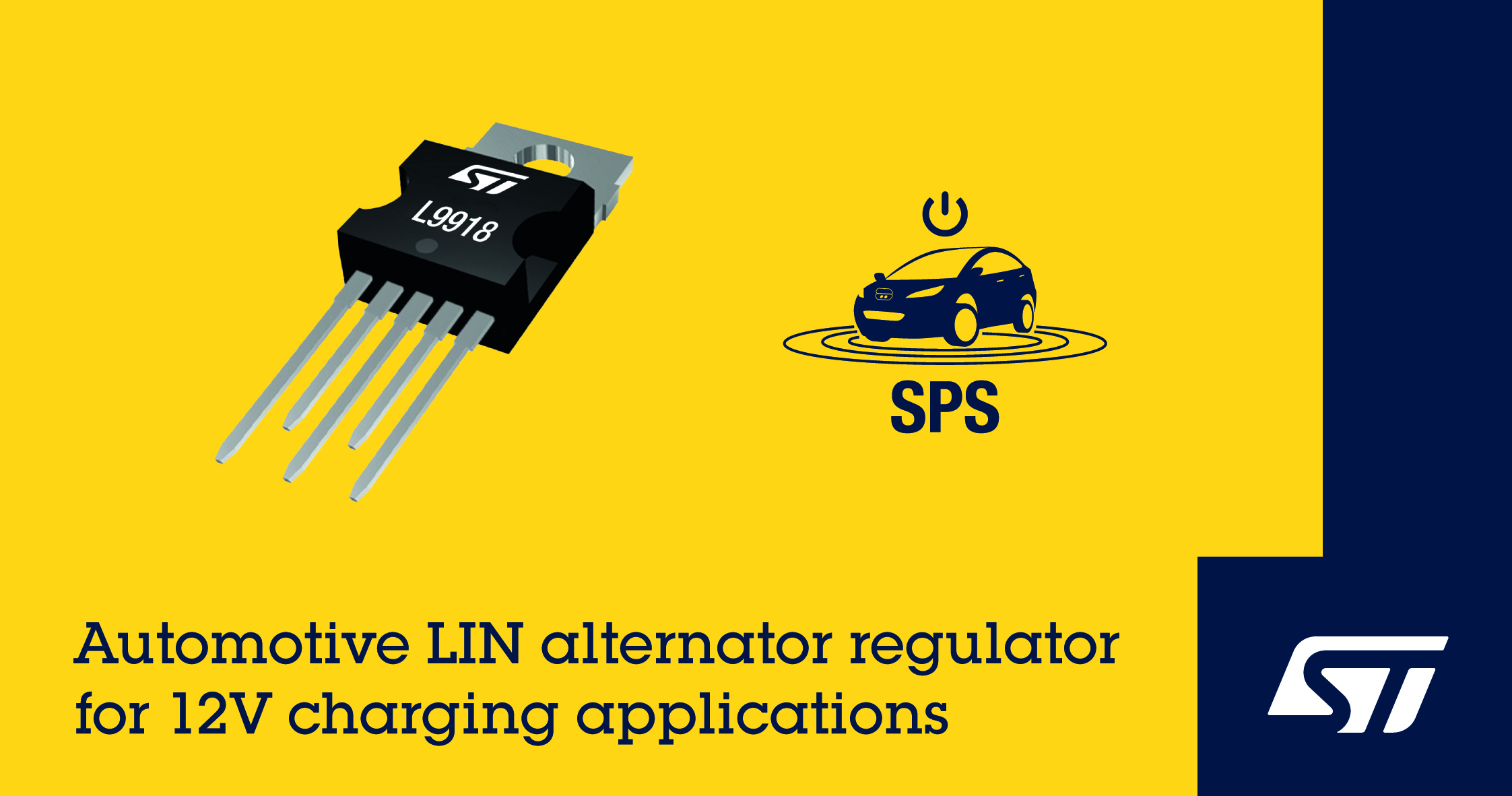 ­STMicroelectronics has introduced the L9918 automotive alternator regulator, with enhanced features to ensure the stability of 12V vehicle electrical systems.

The regulator contains a MOSFET to deliver alternator excitation current and a freewheeling diode to handle the rotor current when excitation is turned off. Closed-loop operation with load response control (LRC) and return LRC maintains a consistent voltage as the vehicle’s overall power demand changes continuously.

The excitation MOSFET can deliver up to 13A to the coil, which is more than typical alternative regulators can provide and thus improves response to fluctuating demands. In addition, using the latest manufacturing process technology, the MOSFET has superior RDS(on) and so minimizes power dissipation while boosting efficiency.

With integrated nonvolatile memory (NVM), the L9918 allows customers to program parameters including the voltage set point and alternator characteristics. It can be used with alternators that have up to nine pole-pairs, delivering more flexibility than other regulators to address a wide variety of charging applications.

Also integrating a Local Interconnect Network (LIN) bus interface, the L9918 is easily connected to the vehicle electrical/electronic infrastructure to be managed by an external electronic control unit (ECU). The ECU commands settings including the target voltage and reads status and diagnostic information.

Safety and failsafe features of the L9918 include self-start activation by phase signal, which independently maintains the alternator voltage set point if the LIN connection is lost for any reason. The regulator returns control to the ECU when communication is restored. Current limitation, overcurrent protection, and thermal protection are also built-in, as well as thermal compensation that automatically adjusts the target voltage as the system temperature changes.

Compliant with the VDA (Verband der Automobilindustrie) LIN Alternator Regulator specification, the L9918 is AEC-Q 100 qualified, ISO26262 compliant, and ASIL-B ready for use in functional-safety systems.

The L9918 is in production and sampling now to major customers worldwide. Available as bare die and in a PENTAWATT inline TO220-5 package, prices start from $6.12 for orders of 1000 pieces.