Certifer, as the independent safety assessor, is working with Virgin Hyperloop One to move the first-of-its-kind certification process forward 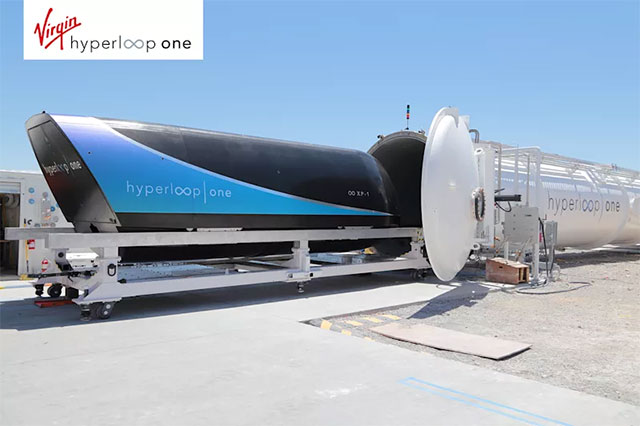 Certifer announced they are working with Virgin Hyperloop One (VHO) to meet their goal of surpassing the safety of all existing transport systems. Certifer has followed VHO’s progress with the R&D, prototyping and testing stages, and has performed a complete review of their solution design status. The experienced Independent Safety Assessors at Certifer validated the readiness of Virgin Hyperloop One’s technology and organization to be assessed in terms of safety and confirmed the company is ready to take this historic first step – the first of its kind in the hyperloop space.

”Partnering with Virgin Hyperloop One is a big milestone in Certifer’s history and aligns with our mission to support clients exploring innovative solutions to set the future foundations of intelligent, reliable and safe transportation modes that will improve user experience,” said Certifer’s CEO Pierre Kadziola. “We are confident Virgin Hyperloop One can deliver on this technical challenge with a high level of safety.”

“Embedding safety into every level of our company is paramount,” said Virgin Hyperloop One’s CEO Jay Walder. “We are ready to take this next step and have an independent party like Certifer evaluate our processes and ensure we are building a safe mass transportation system passengers can ride in years, not decades.”

In building the world’s first hyperloop system, VHO, is creating a disruption in the traditional approach to transportation. Just like all railway and urban transportation projects, such as high-speed trains, light rail transportation systems, and metro rolling stocks, the VHO technology is subject to the same process and constraints as those reviewed on “traditional” mode of transportation.

VHO has chosen to rely on Certifer, an independent safety assessment (ISA) body, to perform a third party evaluation of the company's engineering and safety process. Additionally, Certifer will serve as an independent assessor to ensure VHO is in compliance with relevant transportation guidelines. Certifer will support VHO with its high-level expertise across all of the railway disciplines and subdisciplines as well as from several different domains such as system safety, hardware development, software development, civil and mechanical works, guideways, control command and signaling, magnetic propulsion, etc. Certifer will work closely with VHO’s dedicated Safety Certification and Quality Assurance team.

“By partnering with VHO, Certifer becomes part of a revolution that is taking place in a changing public transportation landscape,” said Certifer’s Director of Innovation Aryldo Russo. “In the framework of this project, Certifer is offering - on the same basis as all of our projects - the highest level of quality while reflecting our core values of Innovation, Independence, Impartiality, Commitment, Expertise and Excellence by enhancing challenges for a safe future.”

“As the leader in the industry, governments are looking to us as a trusted partner to advise on this technology sector and recommend a new set of global standards. We take this process very seriously and are working with Certifer to ensure our engineering and safety processes meet the highest level of rigor and deliver a safe product,” said Virgin Hyperloop One’s Director of Safety Certification and Quality Assurance Benjamin Pasquier

Certifer is assessing whether the Engineering Safety Management Plan developed by VHO is adequate to achieve the stated goals, and that the identified list of standards and regulations referred to by VHO for this program is sound from safety viewpoint. In this framework, Certifer is considering the whole transport system, including pods (vehicles), civil and guideway structures, vacuum and guideway mechanisms, docks, controls and communication, maintenance and systems.

Virgin Hyperloop One Regulatory Progress
Governments around the world are recognizing hyperloop as a new mode of transportation. Earlier this year, U.S. Secretary of Transportation Elaine Chao created the Non-Traditional and Emerging Transportation Technology (NETT) Council to explore the regulation and permitting of hyperloop technology to bring this new form of mass transportation to the United States. The European Commission’s Directorate-General for Mobility and Transport (DGMOVE) has also been leading discussions with hyperloop companies to advance regulatory standards. In India, the Principal Scientific Advisor (PSA), Prof. Vijayraghavan, has set up an independent committee called the Consultative Group on Future of Transportation (CGFT) to explore the regulatory path for hyperloop.